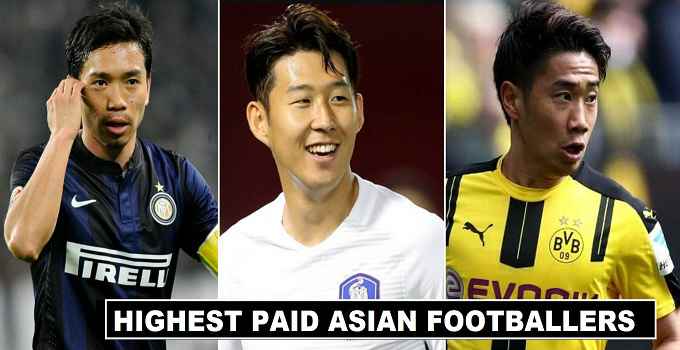 After the European and the USA, now Asian footballers are also making their ways clear to different domestic, multi-national and international level all around the world. There are some Asian countries including  Japan, Korea, China and Turkey. There are some big European clubs and investors who are now showing and increasing their interest gradually in buying the Asian footballers and they are investing money at large scale. Some of the highest paid Asian Footballers are mentioned below in table.

Shinji Kagawa is at top of the list of Highest paid Asian Footballers in the world. He is charging huge money as his weekly wage is about 130,000 Pounds. Shinji Kagawa represents Borussia Dortmund. He has set a new trend in the Asian territory by playing football on expensive basis. Shinji Kagawa actually a Japanese who started his European Club Football career by playing for the Manchester United team. He is currently an Highest Paid Asian Footballer in the world.

There is a huge gap between the weekly wage of Shinji and Son-Heung-Min who stands at 2nd position among other players. Son-Heung is playing for Tottenham Hotspur. He is currently charging 80,000 pounds/week and that’s make him 2nd highest paid Asian Footballer after Shinji.

Shinji Okazaki stands at 3rd position in the leading Asian football players in terms of money they are charging in club football. Okazaki has dominated himself impressively and how is a super star aftering joining Leicester City back in 2015, he has also won the
Premier League title.