Breaking! Finally, some good news for the PSL cricket fans came from Multan as Ali Tareen ( son of renown Politician Jahangir Tareen) buys the Sixth Team in the PSL 2018 season for 6.3 Million Dollars. Ali has been recently graduated from Oxford University and currently working for the revival of cricket in South Punjab. Earlier Schon failed to pay PCB the dues for Multan Sultans. So, PCB held an auction for bidding the Sixth Team. 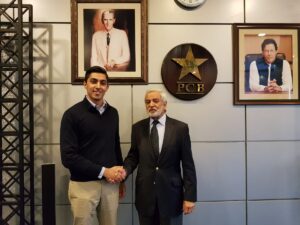 Upon asking by a twitter follower about the name of the Sixth team, Ali Said we are trying our best to name it after the Multan City. Congratulations Ali! We hope to see you soon in the PSL 2018 season.