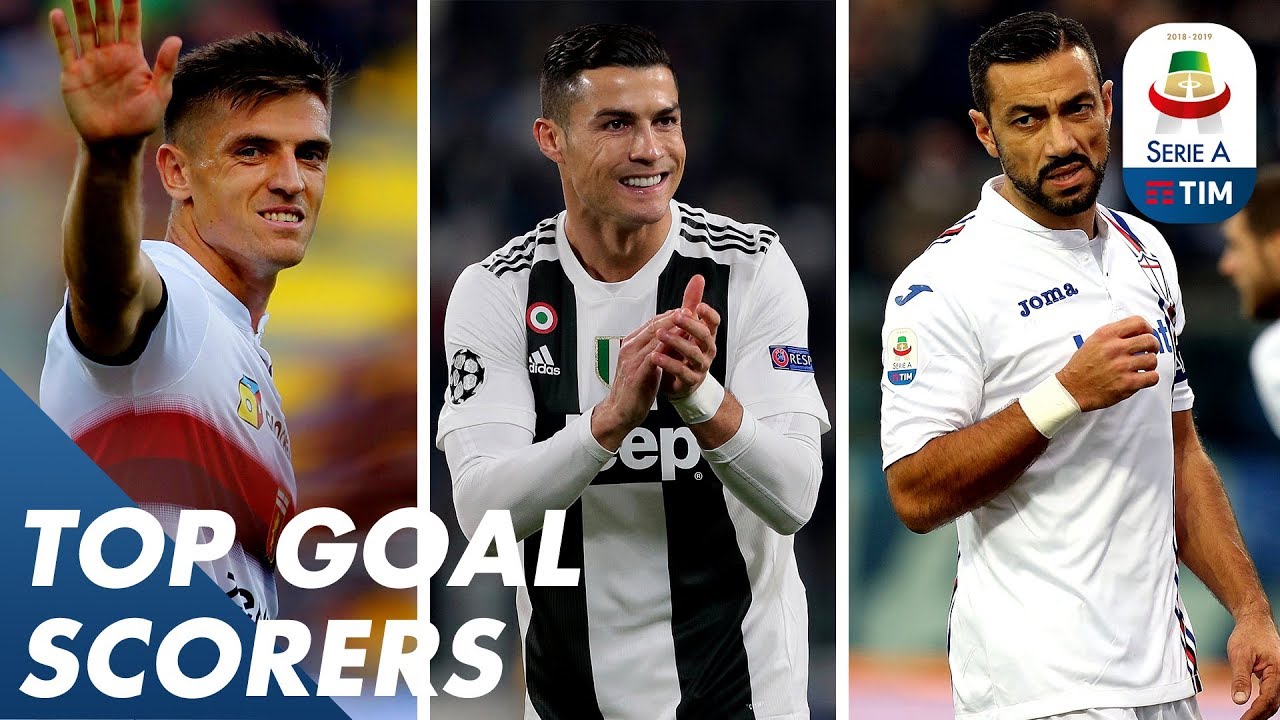 Serie A is a professional football league which is participated by top Italian football clubs. The League has been taking place since 1929-30. Serie A is said to be one of the best football leagues in the world. The league has been responsible for producing the highest numbers of European Cup finalist footballers. Not only this, but the Serie A has also produced so many legendary footballers with Top Goal Scores. Here is the list of legendary 10 All-time Top Scorers of Serie A. 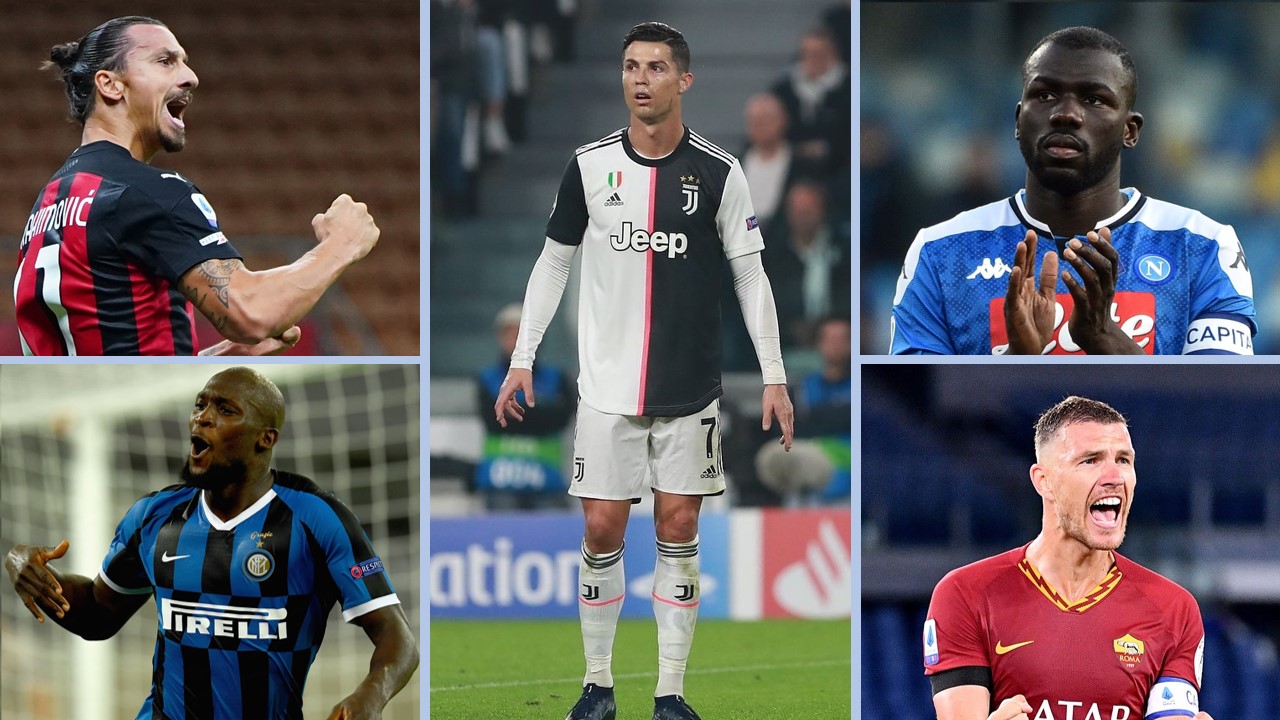 10 All Time Top Scorers of Serie A

Late Italian Striker Silvio Piola is regarded as one of the greatest Strikers of his generation. He is also regarded as the best Italian Soccer Players of all time. He scored 2 Goals in FIFA World Cup 1938 and helped Italy win the title. From 1929 to 1954, Silvio Piola scored 274 goals in 537 Serie A appearances. Piola recorded an average of 0.51 during his Serie A career. He holds the record for scoring the most Goals by players in Serie A competitions. 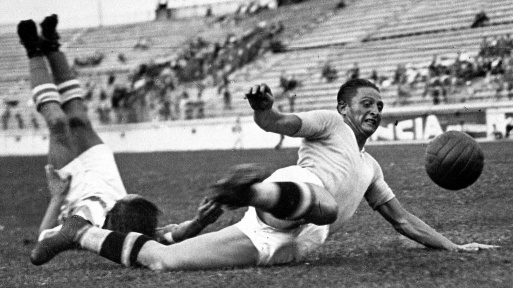 Silvio Piola was a legendary Italian footballer. He scored most goals in Serie A, therefore he deserves the top spot in our list for this achievement.

Regarded as the greatest Italian player of all time and Roma’s greatest player ever, Former Italian Soccer Player Francesco Totti takes the second spot on our list. From 1992 to 2017, He scored 250 goals in 618 matches in Serie A for Roma. He averaged 0.40 during his Serie A carrier. Francesco holds the record for 2nd Top Scorer in Serie A. 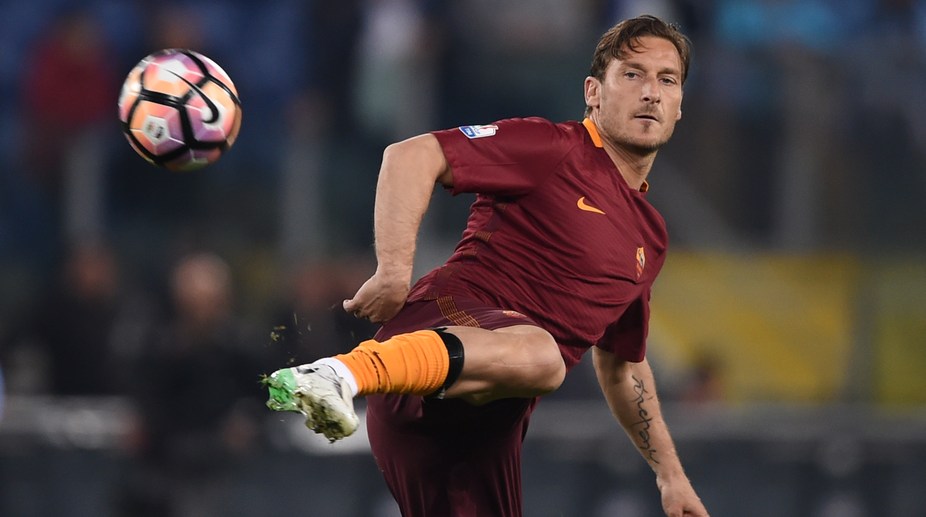 He was the EFA European Under-21 Championship Winner for Spain in 1996. Not only this, Francesco won the FIFA World Cup 2006 for Germany. He also scored 9 goals and 58 assists between 1998 to 2006 for Italy in International Soccer.

Here are the list of records held by Francesco in Serie A League.

Above all, Francesco Totti claims the 2nd spot on our list for his achievement of second most goals in Serie A.

Late Swedish Footballer Gunnar Nordahl is one of the greatest Swedish football players of all time. He played the role of a striker for Milan and Roma in Serie A. He was also the leading striker for Sweden during his career. Gunnar Nordahl was A highly prolific, powerful, and physically strong striker who won two Scudetto titles between 1949 to 1956. He also received the title of pluricapocannoniere, and five top scorer awards during her career. Regarded as the best striker in Football history, Gunnar Nordahl scored 225 Serie A goals in just 291 appearances between 1949 and 1958. His average remained 0.77 during his career. Gunnar scored 210 Goals for Milan and 15 Goals for Roma during his period.

Not only this, Gunnar Nordahl also scored 43 goals in his 33 Appearances for Sweden from 1942 to 1948. He was the 1948 Olympic Gold Medalist Winner. Here is the list of records set by Gunnar Nordahl.

Above all, Gunnar Nordahl is the 3rd highest goal scorer in Serie A with his 225 Goals. Therefore, he joins our list of all-time Top Scorer Serie A.

Giuseppe Meazza is widely considered as one of the greatest footballers of all time and the greatest ever player for Italy in the sport. He was nicknamed il Balilla meaning The Little boy for his young debut at the Senior team. Meazza led Italy to victory for two consecutive FIFA World Cups in 1934 and 1938.

Giuseppe Meazza set many records during his soccer career. Here is the list of records set by Meazza in soccer.

Italian Football player José Altafini played as a Forward for Brazil and Italy from 1957 to 1962. He held the record for the most goals scored in a single European Cup for more than 50 years. Altafini scored 216 Goals in 459 appearances in Serie A between 1958 and 1976. His average remained 0.47 during that time. Therefore, Jose Altafini joins our list at the 5th spot.

He was the FIFA World Cup 1958 winner for Sweden. Apart from this, he was also the leading top scorer in Serie A 1961-1962. Jose Altafini received Golden Foot Award in 2019 as a Legendary Foot Baller.

Above all, Jose Altafini earns his name on our list of All-time Top Scorers of Serie A.

Former Italian Foot Baller Played as a Striker for Empoli, Udinese, and Italy National Football team. He won Serie A Top Goal Scorer Award for two consecutive seasons in 2010 and 2011. Di Natale scored 209 Goals in 445 Serie A matches between 2002 to 2016. His average was 0.47 during that time. He is the 6th highest goal scorer in the history of Serie A. 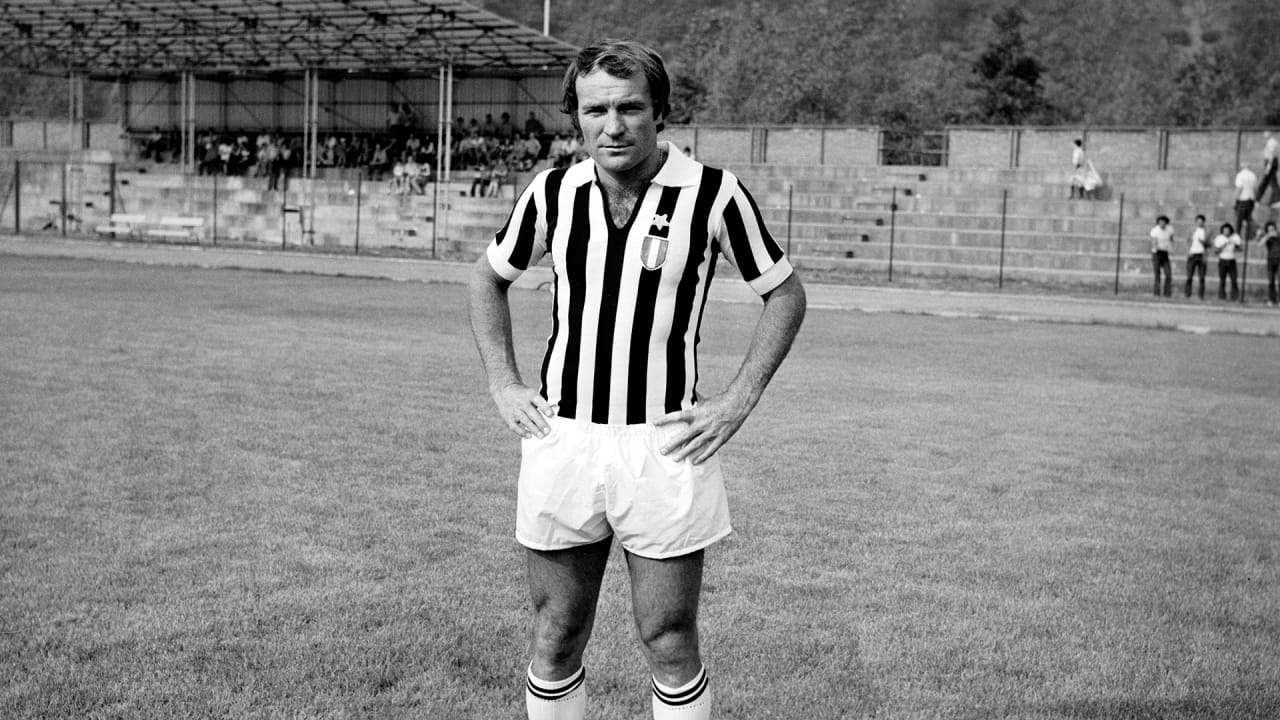 Antonio Di Natale was the Serie A Italian Footballer of the Year in 2010. He also received Serie’s A Fair Play Prize in the same year. Above all, Antonio Di Natale is the 6th Top Scorer of all times in Serie A.

At number 7 we have another Italian footballer Roberto Baggio on our countdown. He played as a Forward and attacking midfielder for Vicenza, Fiorentina, Juventus, AC Milan, Bologna, Iterazionale, and Brescia in his Serie A career. Baggio is regarded as one of the greatest players of all-time in the sport. He scored 205 goals in his 452 Serie A matches between 1982 to 2004. 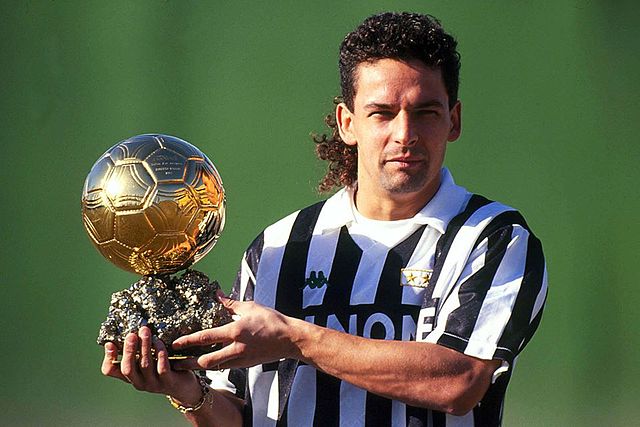 Above all, Roberto Baggio is the 7th highest Goal scorer in Serie A of all time. Therefore, he earns his name in our list.

Former Swedish Professional footballer Kurt Hamrin joins our list at the 8th spot. He is a prolific Goal Scorer who won two Coppa Italia titles for Fiorentina. Hamrin is regarded as one of the greatest Swedish footballers of all time and one of the Fiorentina’s greatest ever players. He scored 190 Serie A goals from 1956 to 1971 in 452 appearances. He had an average of 0.48 in his Serie A career. 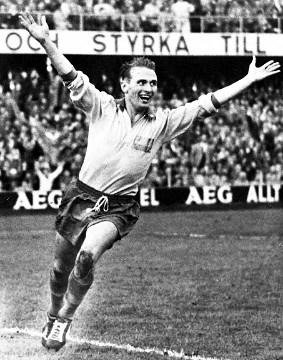 Moreover, Kurt Hamrin Also played International Soccer for Sweden and scored 17 goals in 32 matches. He was the runner up in FIFA World Cup 1958 for Sweden. Harmin was the leading goal scorer in UEFA Cup Winners’ Cup 1960-61. He is the Fiorentina all time top scorer in Serie A and he was inducted into Fiorentina Hall of Fame in 2015.

Above all his achievements, Kurt Hamrin remains the 8th Top Scorer of all times in Serie A. Thus, he deserves his name on our list.

Former Italian professional Football Player Giuseppe Signori enters his name on our count down at the 9th spot. He is the ninth Top Scorer of all times in Serie A. He played the role of a Striker and Left Winger for Foggia, Lazio, Sampodria, and Bologna in Serie A career. Signori won the Serie A Top Scorer award three times in his career. He scored 188 Goals in 344 Serie A appearances from 1991 to 2004. He averaged 0.55 during his period and he is the 8th top scorer of all times in Serie A. 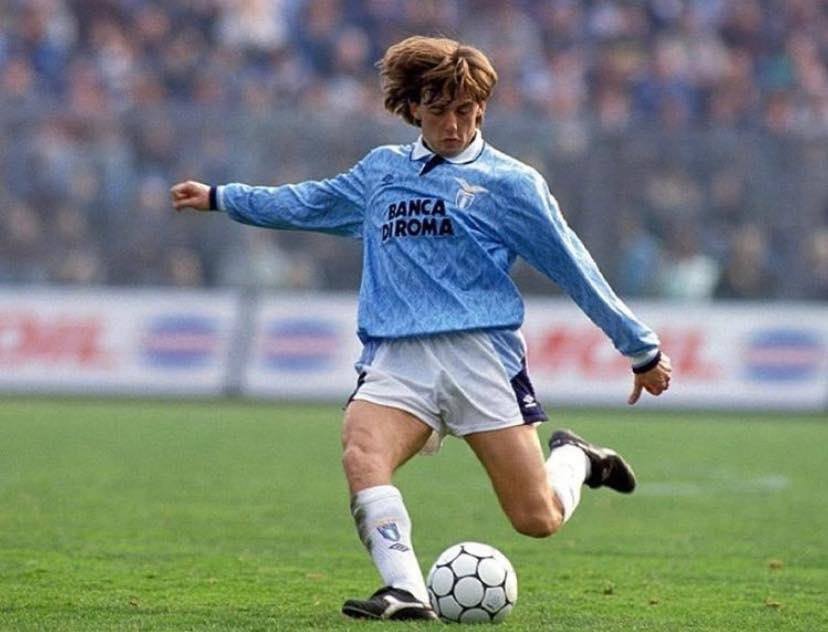 Not only this, he also scored 7 goals for Italy in International Soccer during his 28 apperances between 1992 to 1995. Guiseppe Signori was the runner-up for Italy in FIFA World Cup 1994. He received Premio Nazionale Carriera Esemplare “Gaetano Scirea” in 2004 for his services in Football.

Above all, Guiseppe Signori is the 9th all time top scorer in Serie A. Therefore, he earns his name on our list for this achievement.

Finally we have former Italian Professional footballer Alessandro Del Piero who makes the last spot on our countdown. He mainly played as deep-lying forward during his period. Alessandro Del Piero is regarded as regarded as one of the greatest players of his era. Moreover, he is also one of the best Italian players of all times. From 1993 to 1996 to 2012 he scored 188 goals in 478 appearances for Juventus in Serie A. He averaged 0.39 during his Serie A career.

Juventus was the only team for which Del Piero played Serie A football. Besides, he also represented Italy in 91 appearances and scored 27 Goals from 1995 to 2008. He is the FIFA World Cup 2006 Winner for Italy. Alessandro Del Piero was named in FIFA 100 in 2004. He was inducted into the Italian Football Hall of fame in 2017.

Above all, Alessandro Del Piero is the 10th Top scorer for All times in Serie A. Thus, he deserves to be on our list.