Argentina 23-Man team squad for World Cup 2018 is officially announced just few months before the event starts in Russia. It’s a good news for the football fans who are die hard supporters of Argentina as Lionel Messi will captained the Argentina team during the mega event to be started in June. Officials have appointed Jorge Sampaoli on the behalf of Messi recommendations and his appointment as manager for Argentina is an excellent and good move by the officials. He successfully managed the team in during World Cup qualifying round and team was struggling at that time. 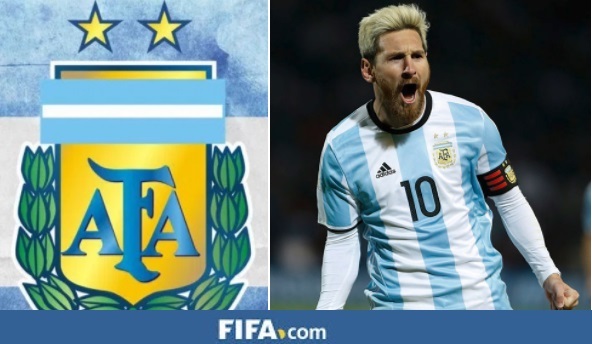 After the qualifying round of World Cup is over, Argentina look quite confident and strong than before. Sampaoli’ services with the Chile national team are highly appreciated in the world of football, and so that Argentina is expecting the needed outputs as well.

Argentina is looking forward to the mega event with a heavy squad making their lineups more powerful and strong. Sergio Romero from Manchester United has been given a chance as goal keeper of this team as this team is struggling with the goal keeper. Nahuel Guzman and Geronimo will be part of Argentina, but as back up. 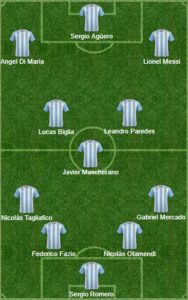 Gabriel Mercado will stay at right back, while on the other side Marcos Rojo will be playing at left back side along with Emmanuel Mas. Nicolas Otamendi is confirmed to play in the central defense along with Mateo Musacchio and Ramiro Funes Mori expectly.

Javier Macherano is going to acquire a role of playing in the start defense. Lucas Biglia, Ever Banega and Leandro Paredes could make their appearances in th midfield. Argentina team’ system could work on 4-4-2 variation. Lionel Messi, the skipper of Argentina football team will remain at the start right side allowing three men to attack including Higuain and Aguero at centre forward. Dybala Di Maria and Angel Correa will be playing at left side.

Dybala is the main man as young talent in the team and would be appearing for the first time on international level. He normally plays in the different teams on the same positions where Messi likely used to play in the begining of his career. Angel Correa is another man in form as young player who may appear in the world cup for Argentina and could make his place more stronger.