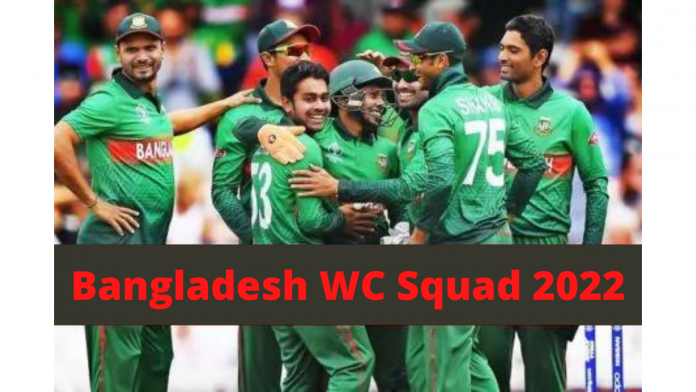 ICC T20 World cup is starting from 16 October 2022 in Australia. Bangladesh are among the eight teams who will be competing in the Super-12 Rounds. They are placed Group 2 among Pakistan, India, South Africa, and two other qualifying teams. You can check ICC T20 World Cup Schedule For Bangladesh here on this page. 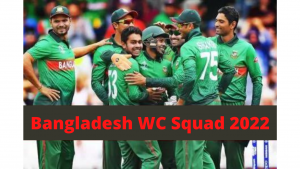 Bangladesh have joined Pakistan, India, South Africa, and other qualifying teams in the Group B. Bengal Tigers will need to win atleast 4-matches to qualify for the Knock-out rounds of T20 World Cup.

Mahmadullah is captaining Bangladesh in T20 World cup. Bangladesh Team Squad in T20 WC 2021 consist of young and experienced player. So, Bangladesh is going to give a tough time to their opponents in the tournament.

Bangladesh will meet play their opening match on 24th October against A2. The match will be played at Hobart. It will be interesting to watch that how Bengal Tigers distributes their playing squad.

Bangladesh played in the inaugural season of T20 World Cup 2007. Mohammad Ashraful captained Bangladesh in the tournament. But, Bangladesh finished 2nd in the Round 1 stage with one win two games and qualified for the Super 8 stage. They joined Pakistan, Sri Lanka and Australia in Group F of Super 8 stage. However, they lost all the three games in Round 2 and could not qualify for the knockouts.

Mohammad Ashraful again captained Bangladesh in T20 World Cup 2009. Bangladesh were placed Group A of Round 1 stage among India and Ireland. However, this time Bangladesh lost both their games. Hence, they could not proceed further in the tournament.

Shakibal Hassan became the skipper for Bangladesh in T20 World Cup 2010. Bangladesh made up with Pakistan and Australiain Group A of Round 1 stage. However, they lost 2 games in the group stage and got out of the title race.

Musfiqur Rahim skippered Bangladesh in T20 World Cup 2012. Bangladesh met Pakistan and New Zealand in Group D of Round 1 Stage. They were defeated by New Zealand and Pakistan in two matches. Hence, they had to head back home.

In T20 World Cup 2014, Mushfiqur Rahim captained Bangladesh for the 2nd consecutive time. Moreover, Bangladesh were host nation in the T20 WC 2014. They Joined Nepal, Afghanistan and Hong Kong in Group A of Round 1 stage. This time they won all the three matches in Round 1 and proceeded to Super 8 Stage.

They faced India, West Indies, Pakistan and Australia in Group 2 of Super 10 stage. However, they lost all the four matches in Super 10 stage and could not qualify for the knockouts. Masharfe Murtaza was the Bangladeshi Captain in T20 World Cup 2016.

Bangladesh were placed in Group A among Netherlands, Oman and Iran in Round 1 Stage. Also, They won two games with a no result match and finished at the top with 5 points in the Round 1 stage. Thus, they qualified for Super 10 stage. There, they joined New Zealand, India, Australia and Pakistan.

However, they lost all the four games in Super 10 stage and could not qualify for the knockouts.