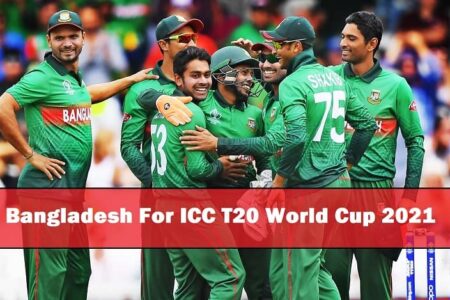 Bangladesh are ready to challenge Ireland in the 5th Warm up match for ICC T20 World Cup 2021 warm up match series. Ban vs Ire 5th warm up match will be hosted at Sheikh Zayed Stadium Nursery 1, Abu Dhabi on 14th October 2021. You can check Bangladesh vs Ireland 5th Warm Up Match Prediction here on this page.

Bangladesh are gearing up to take on Ireland in the 5th warm up match. Previously, they hosted a five match T20 series for New Zealand at home, in which they defeated the touring side by 3-2. Whereas, Ireland played UAE Summer T20 Bash series against UAE before this warm up match. UAE defeated Ireland in that series with a dominating margin. Now, Bangladesh vs Ireland 5th warm up match will be hosted at Sheikh Zayed Stadium Nursery 1, Abu Dhabi on 14th October 2021.

Bangladeshi all-rounder Mahmadullah Riyad will captain Bangladesh in this warm up match. Bangladesh have an up to the mark squad with talented and experienced players. Moreover, Bangladesh also have a dominating record against Ireland in the T20 format. So, this is going to be an easy task for them.

On the other side, Ireland Andrew Balbirnie is skippering Ireland in this warm up match. Ireland qualified for the T20 world cup 2021 by standing tall in the T20 World Cup 2019 qualifiers tournament. And now, they are counting on their team to go for upsets in the Warm up match series.

Both the teams will be eyeing on victory in this match. Given the previous T20 record of Bangladesh it is easy to say that they will win this match against Ireland.

Bangladesh will win this match. They have a dominating record against Ireland in the T20 format and they also have world Class T20 specialist in their team squad. All their key player will give their best to win this match for their nation.

On the other side, Ireland will be counting on victory in this match as well. They must work on their batting and bowling departments in order to make difference in this match. All in all, this is going to be a thrilling T20 contest for cricket fans around the globe.