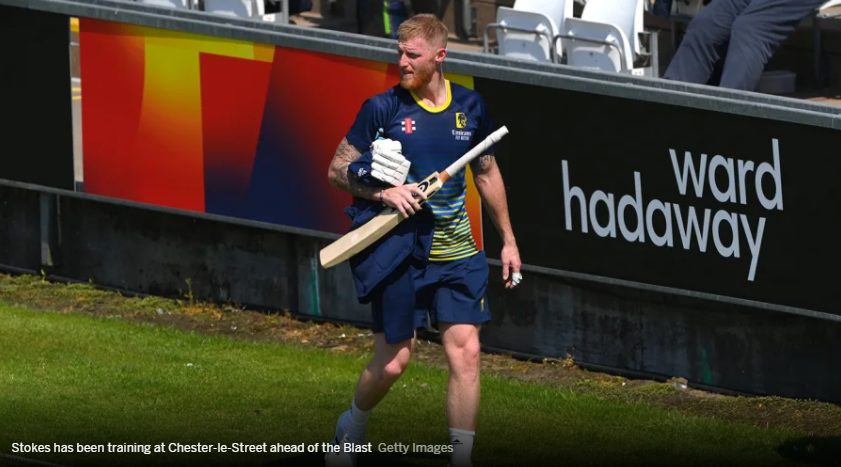 Ben Stokes is all set to make his comeback on limited-over format right after 3 years by appearing in T20 Blast event that is about to start on Wednesday. Ben Stokes was ruled out of couple of crucial series because of his finger injury.

There will be a couple of international English players including Jos Buttler, Jonny Bairstow and Adil Rashid who will appear in the first matches of T20 Blast. All of these mentioned players will make a mutual comeback after the gap of years. Ben Stoke last time appeared in a match back in 2018 at Durham where he played quarter final against Sussex.

Ben was expected to stay out of form and action for 12 months which had to end in late July, but his recovery from injury ran smooth so he is fit and ready to play.

“I am ready to bowl, and I am also able to have workout at gym. The stage of recovery allows me to go harder and play a match again even before a hard core training” said Ben Stokes.

On the other side, in depth details of Ben Stokes’ come back is not confirmed by the English Cricket Board. Stokes could play the 2nd XI T20 that is scheduled to be played against Lancashire on June 14, but still he doesn’t play this match, then Stoke can definitely make his appearance in one of the four matches at Durham.

The English selectors still have to announce the squad against Sri Lanka for T20 series that is to be started on 19 June, 2021 at Cardiff. On the other side, England’ team might feel the absence of Eoin Morgan during series against New Zealand and IPL.