A football Referee is the person responsible for enforcing game laws during a football match. They are the final authority in the final decision making during the play and they implement disciplinary action. Football referees are trained in National Camps which are affiliated with FIFA.

They carry Yellow and Red Card to warn and remove the player from football field. Here is the list of  Top 10 Best Football Referees Of All Time. 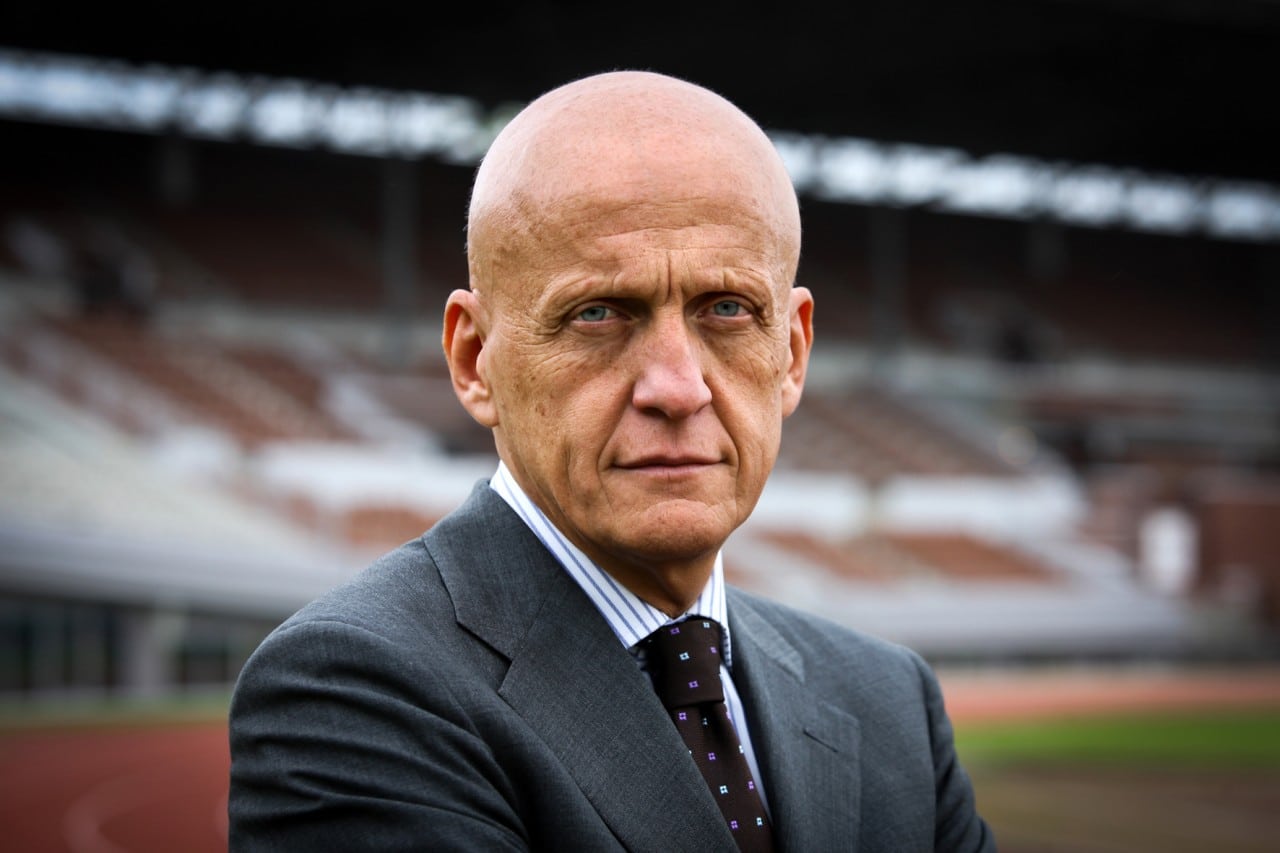 Apart from it, he also served a referee in Serie C2, Serie C1 and Serie B from 1988 to 2005. Not only this, he also was a top referee in Serie A from 1991 to 2005. He is the  Head of Referees for the Football Federation of Ukraine since 2010. Moreover, Collina is also the member of the UEFA Referees Committee, and as Chairman of the FIFA referees committee.

After officiating 43 Serie A matches, Pierluigi Collina registered his name on FIFA’s Referees list. He received IFFHS World’s Best Referee for five consecutive years in 1998, 1999, 2000, 2001, 2002 and 2003. For his achievements as a Referee, Collina was inducted into Italian Football Hall of fame in 2011.

Former Top-level German Football Referee Markus Merk earns the second spot on our countdown. He holds the record for officiating most number of Bundesliga matches. Six Time Winner of the Best German Referee of the year award He was awarded the German Bundesverdienstkreuz (Federal Cross of Merit) in recognition of his service to football. 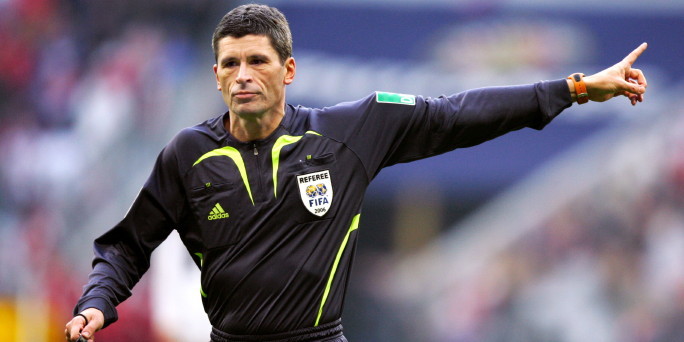 Markus Merk was ranked as the best referee by the International Federation of Football History & Statistics in 2004, 2005 and 2008. The illustrious Refereeing career of Merk came to and end when he last officiated the Bayern Munich vs Hertha BSC Berlin match in Bundesliga Season 2007-08.

He was appointed as the Youngest Bundesliga Referee ever at age 25 in 1988. Four Years later, he became a FIFA referee and officiated Barcelona Summer Olympics 1992. During his time at UEFA Euro Cup 2004, he received worldwide recognition for the excellent refereeing in the games.

Merk established himself as headstrong and reliable referee during his career. Now, he deserves his name on our list of Best Football Referees of All Times.

English Former Professional Referee Howard Webb joins our list at the third spot. He regarded as one of the all-time top referees by the International Federation of Football History and Statistics. Howard Webb refereed a number of notable matches including the FA Cup final, the FA Community Shield and the final of the League Cup. 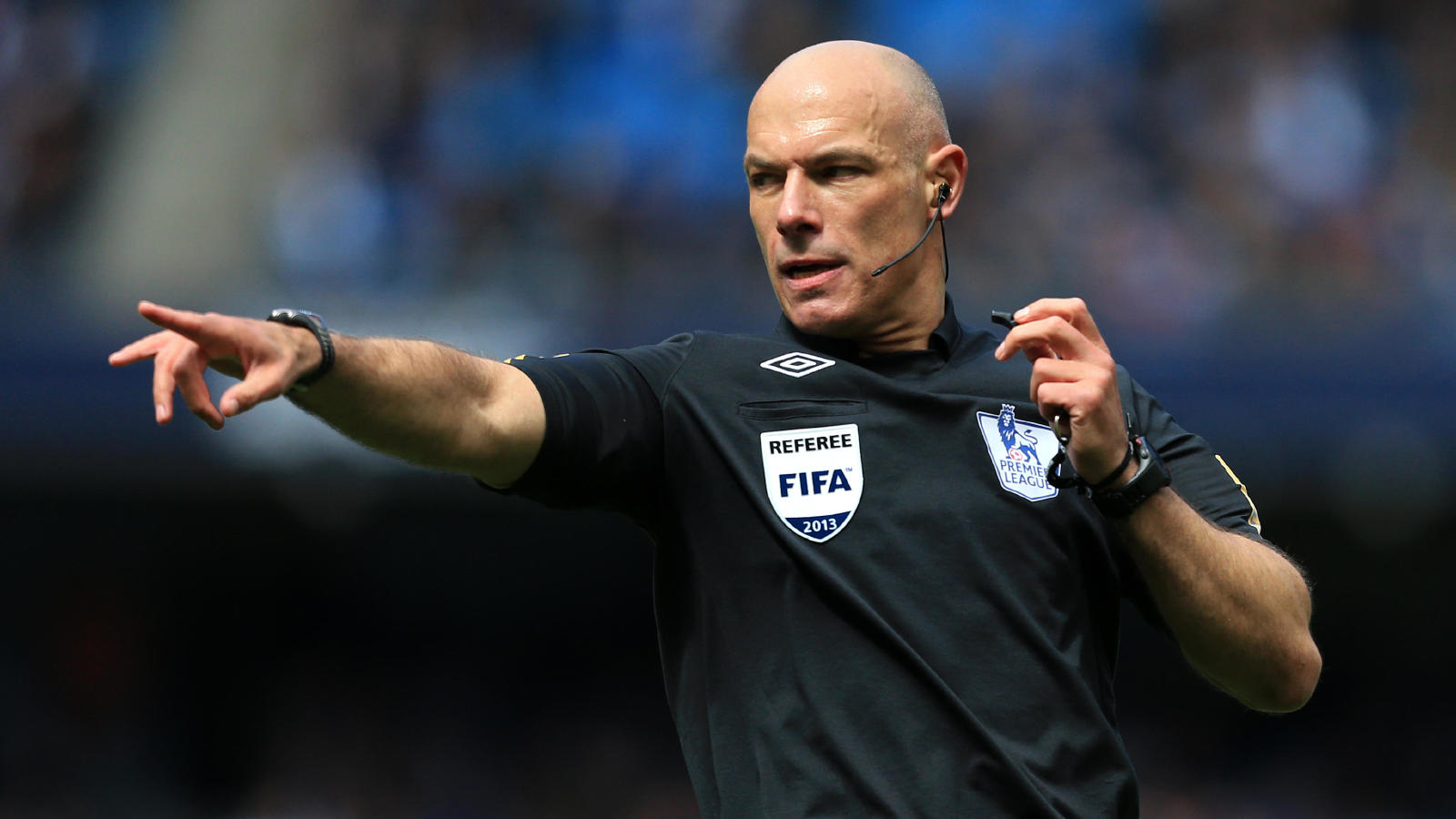 He became the first person to officiate UEFA Championship Final and FIFA World Cup final in 2010. After refereeing for more than two decades, Webb announced his retirement and became the technical director of the Professional Game Match Officials Board.

Howard Webb was a top referee in FIFA World Cup 2010 and 2014. In 2011 New Years Honors, He was appointed as the Member of the Order of the British Empire (MBE). Apart from it, he also received honorary degrees in Science at University of Bedfordshire and York St John University.

Danish Former Football Referee Kim Milton Nielson grabs the 4th spot on our list of all-time top referees of the football. He began refereeing at the age of 15. A decade later Nielsen officiated Top Danish Games and was awarded with FIFA International badge at the age of 25. He refereed 153 International and 53 UEFA games from 1975 to 2005.

Kim Milton was called to officiate his first major UEFA match in 1993. One Year later, he refereed in UEFA Cup final between SV Austria Salzburg and Inter Milan. Moreover, he was also he lead referee in FIFA World Cup 1998 where he officiated two matches. Not only this, Nielsen also officiated the FIA World Cup 2002 semi-final between Brazil and Turkey.

After reaching the regulated age limit of 45, he retired as a FIFA referee following the Danish Superliga championship Final in 2005.

Late Hungarian Football referee Sándor Puhl also makes it on our countdown at the 5th spot. He is regarded as one of the best Football referees of all time by many soccer pundits. Puhl is mostly known by the soccer fans for officiating four matches in FIFA World Cup 1994 including the final between Brazil and Italy. Moreover, he also was a leading referee at the UEFA Champions League.

Sandor Puhl remained as the FIFA Listed referee from 1988 to 2000. During that period, he officiated many top soccer games.

He was awarded as IFFHS’ World’s Best Referee of the Year for four times between 1994 and 1997. After retirement, he became the Deputy Chairman of the Hungarian Football Association between 2002 to 2006. Unfortunately, Puhl died in 2020 due to Covid-19.

Apart from it, Mikkelsen was also a top referee in two season of UEFA European Football Championship tournaments in 1992 and in 1996. He was awarded as the best referee in 1991 and 1993 by the International Federation of Football History and Stats. He took retirement after performing his duty at the FIFA World Cup 1998 Qualifiers.

Apart from it, Peter Mikkelsen also worked at the human resource department of the Danish company F-Group till 2008. Sadly, he died on 30th January 2019 after fighting a long battle with the cancer.

Retired French Football Referee Michel Vautrot takes the 7th spot on our list. He is considered as one of the Top Referees from France in Football history. In his early days, Michel Vautrot refereed in the French First Division. However, he became a FIFA listed referee in 1975 and he performed his duty till 1990. 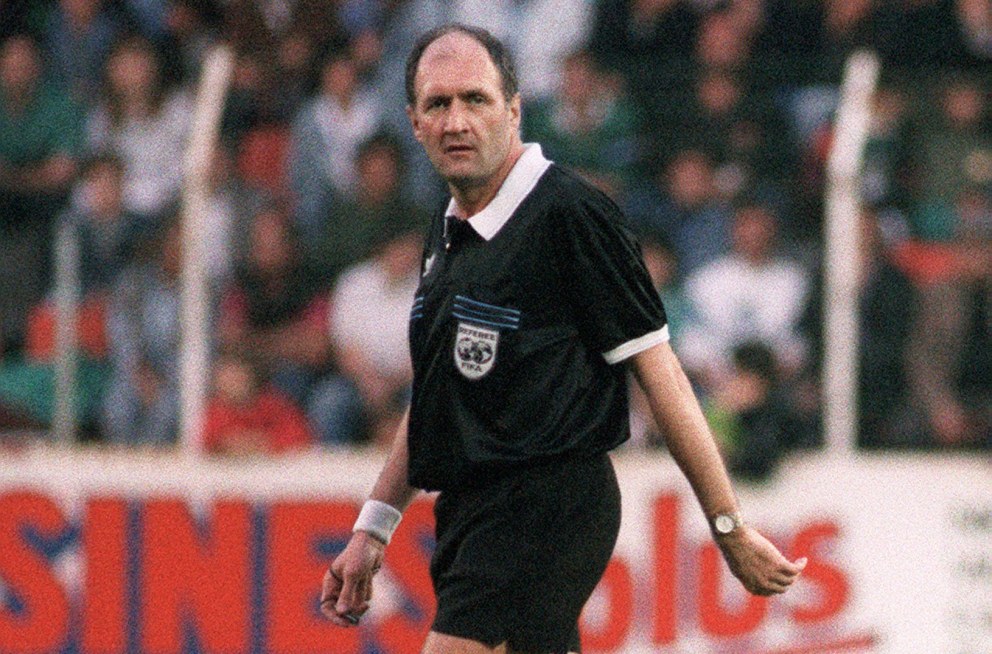 Michel Vautrot is mostly known for refereeing five FIFA World Cup matches, two in 1990 and three in 1994. Not only this, he also officiated Club World Cup 1983 final on National Stadium Tokyo between West Germany and Brazil. Apart from it, Vautrot was also a referee in the European Championship 1986 Final Steaua Bucharest and Barcelona.

Hilariously, he mistakenly played 23 minutes 1990 World Cup semi finals between hosts Italy and defending champions Argentina in the first half. He later explained his mistake that he had forgotten to keep check on his watch.

Retired Portuguese Referee Pedro Proenca enters his name at the 8th spot on our list. He is often regarded as one of the best Poruguese referees of all times. Proenca officiated many notable matches including the Supertaça Cândido de Oliveira, Taça de Portugal finals, Taça da Liga finals. Moreover, He also became the first referee to overview both UEFA Champions League and UEFA European Championship Finals. 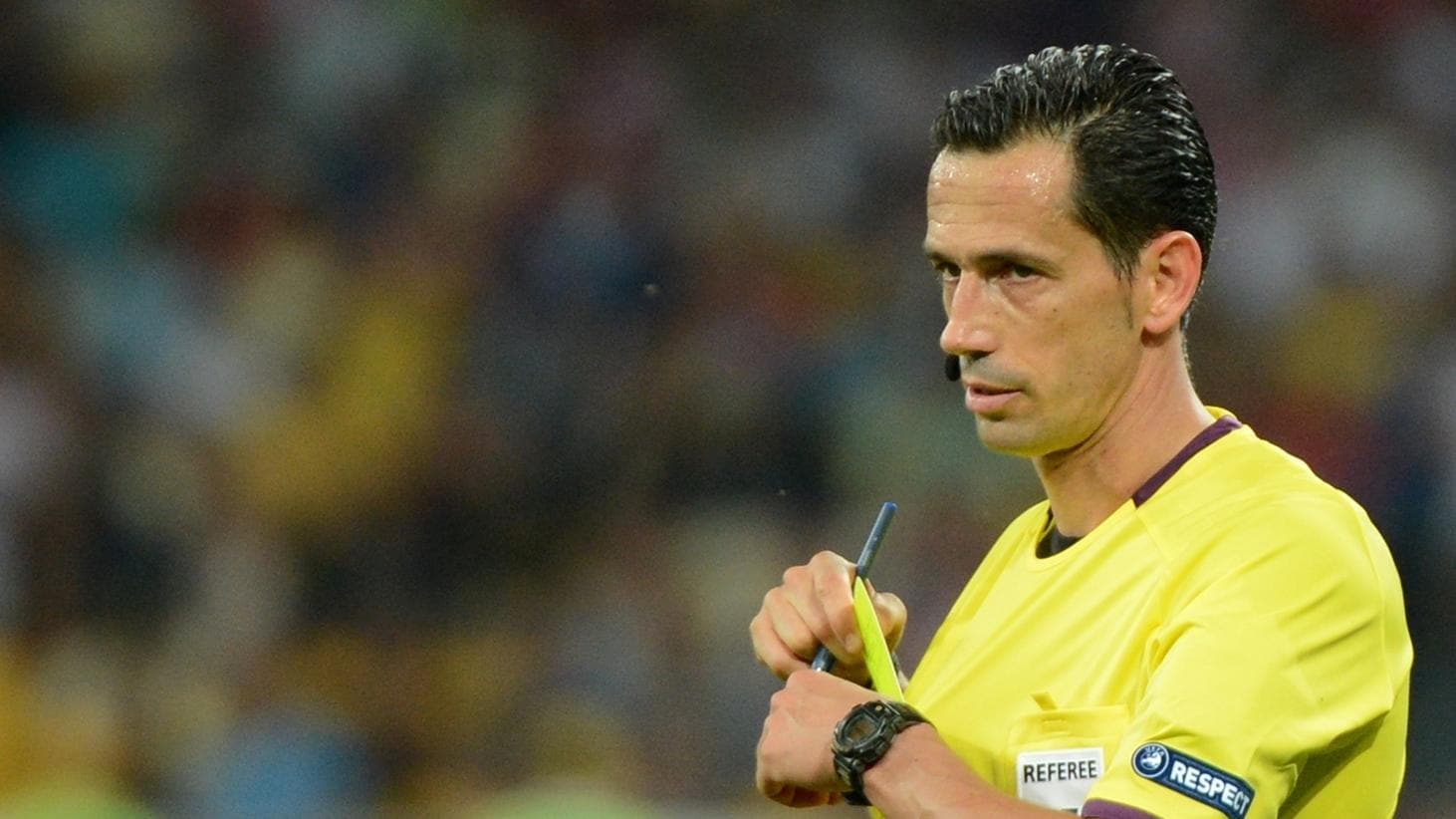 Pedro Proecna officiated in the Portuguese Liga from 1998 to 2015. However, he was a FIFA listed referee between 2003 to 2015. He received Portuguese referee of the year in 2006. Moreover, Proenca was voted by IFFHS as the best referee in 2013.

After his retirement in January 2015, Pedro Proenca was elected as president of the Portuguese Professional Football League.

Former Colombian football referee Oscar Ruiz takes the 9th spot in our list of Best referees of all times in football history. After making his debut on 1st January 1995, he became the FIFA listed referee in 1995. During his time, he officiated in the FIFA World Cup 2002, 2006 and 2010.

During FIFA World Cup 2010, he sent off Yoann Gourcuff in the France vs. South Africa match. Later he was criticized for this controversial decision in the match.

After his splendid refereeing career came to an end, he became a Referee Instructor. He also works as a lawyer after his retirment.

Finally, we have the Former Belgian Football referee Frank De Bleeckere making up the last spot on our list. He started his career as a referee in 1984 and became FIFA listed referee in 1998. Bleeckere was appointed by UEFA inUEFA Euro 2008 matches, and He overviewed the semi final between Spain and Russia. 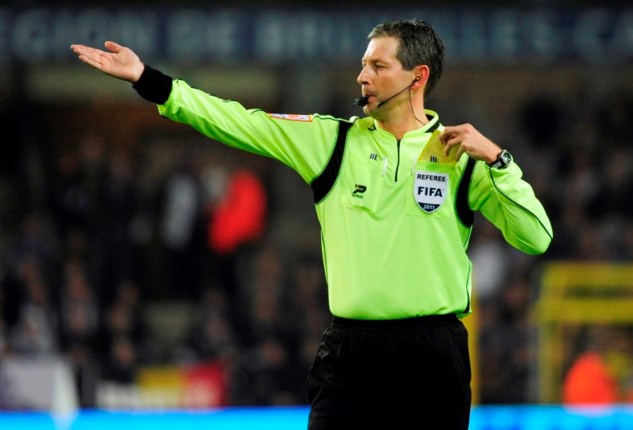 Not only this, he was also a top referee in UEFA Champions League 2005, FIFA U-17 World Championship 2005, and UEFA Super Cup 2008. He is the only Belgian Referee to officiate three FIFA World Cups. Moreover, he also received Belgian Professional Referee of the year award for four consecutive years in 2000, 2001, 2002, and 2003.