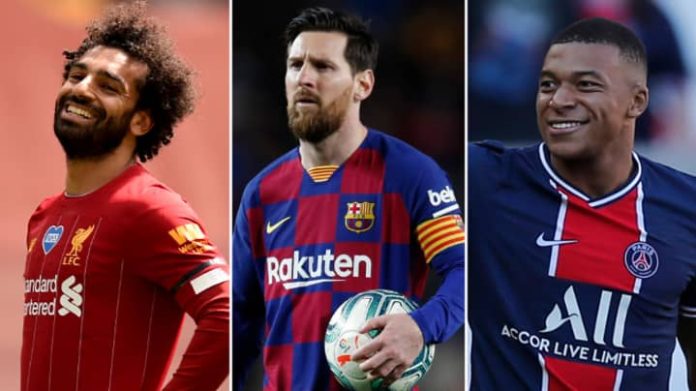 A winger is an attacking player in football who is assigned to a Wide Position near the touchline. They can also be classified as Forwards due to their old origin of Outside Forward in Football. A Winger’s duty is to beat the opposite side’s Full Backs and score goals for their team from a Close range.

Therefore, Wingers are a crucial part of a football team as they can help their team to victory. Today, each football team owns star Wingers in order to score goals against their opponent teams.

From Cristiano Ronaldo to Dries Martens, many star football wingers make it our list. These wingers awed football fans with their stunning goal-scoring abilities and claimed victories for their teams. Their exceptional heroics earn them their names in the Best Football Wingers List. Here are the Top 10 Best Football Wingers in the World Right now.

#1. Portuguese football Legend Cristiano Ronaldo takes the top sot on our list. He is the best football Winger in the World Right now. Nowadays, Ronaldo plays for Manchester United and captains the Portugal National Football team. He is considered the best player in the world and is often regarded as one of the greatest footballers of all time. 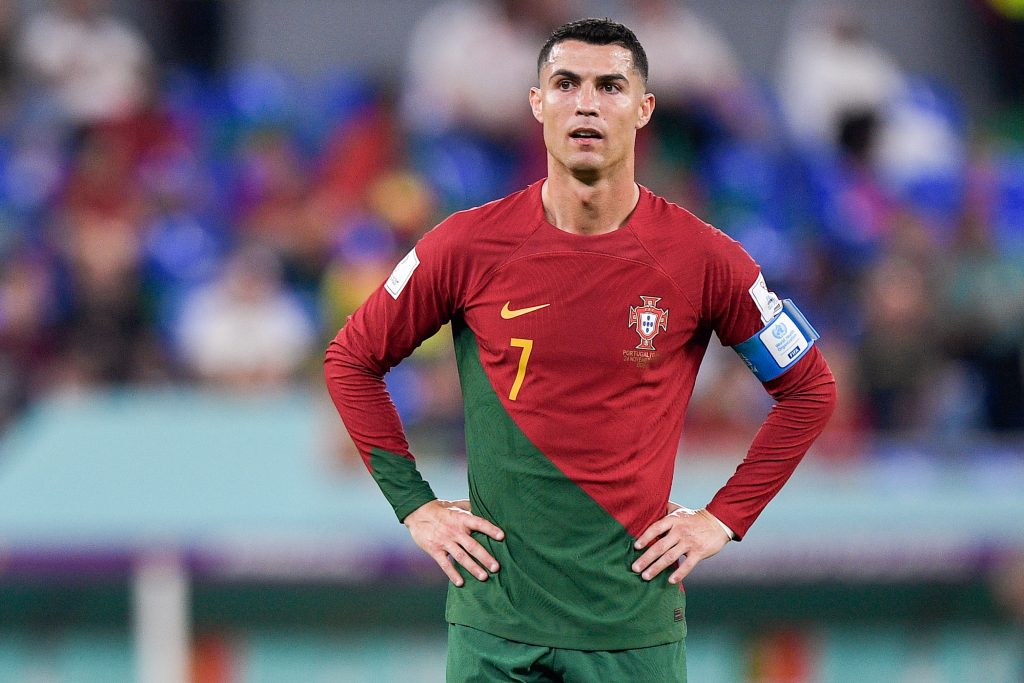 Cr7 joined Portugal National Team in 2003 and since then he has won UEFA European Championship 2016 and
UEFA Nations League 2018–19 for his national team. Recently, he rejoined Manchester United in 2021, and before that, he also played for Real Madrid and Juventus.

He also received Serie A Footballer of the Year in 2019, and 2020. Above, Cristiano Ronaldo is one of the best Wingers/Forwards in the world right now. And, he earns his place for this feat on our list.

#2. At number 2, we have a German Professional Footballer named Mesut Özil on our list. He plays as a winger/ attacking midfielder for Süper Lig club Fenerbahçe. Not only this, but he also represented Germany’s National Football team from 2009 to 2018. He is well known for his creative soccer skills and impressive technical abilities. 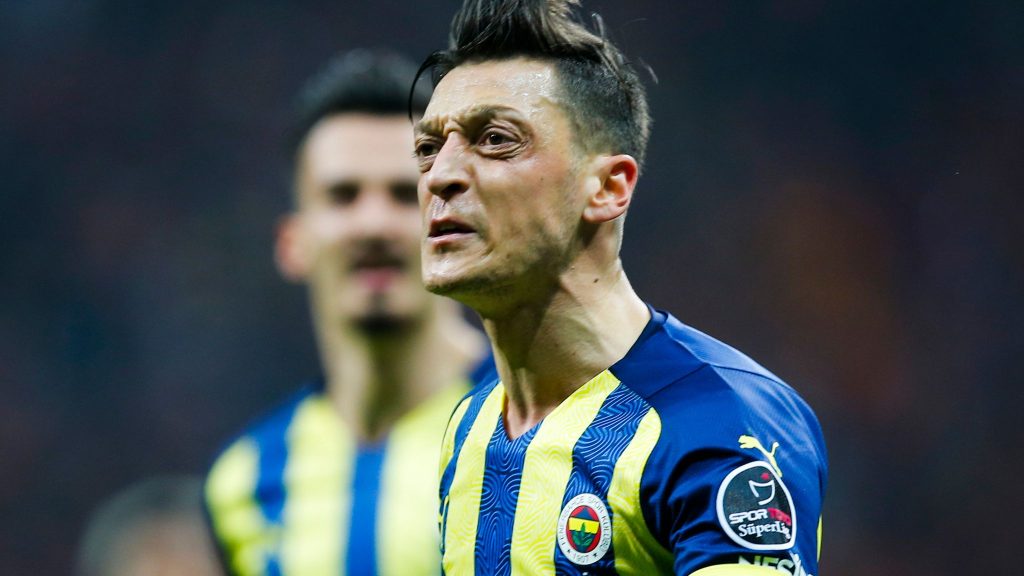 Mesut began his professional football career with Schalke 04 in 2006. Two years later he joined Werder Bremen in 2008. The biggest breakthrough of his career came to tom him when he became part of Real Madrid from 2010 to 2013. Besides, he also played for Arsenal from 2013 to 2021.

Above all, Mesut Özil is one of the best Wingers in the world right now and he earns his name on our list for this feat.

#3. Chilean Professional Footballer Alexis Sanches grabs the third spot on our list. He plays as a Winger/Forward for Inter Milan in Serie A and Chilean National Football team. He is considered one of the best players of his generation and often regarded as the Greatest Chilean PLayer of all time. 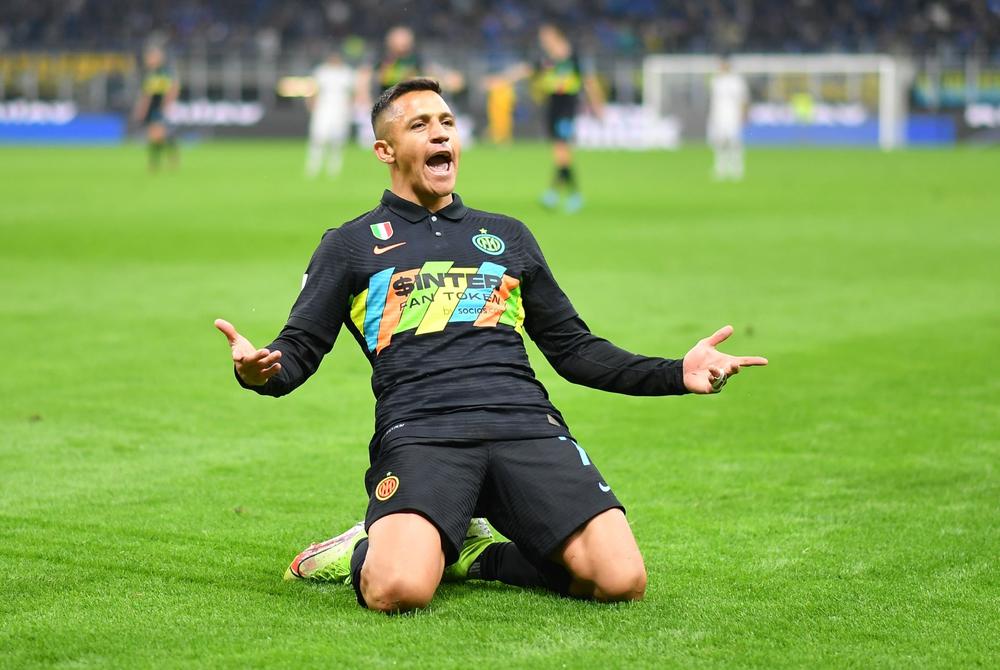 Sanchez started his professional Football career with Cobreloa in 2005. He also played for Udinese, Colo-Colo, and River Plate before finally becoming part of Barcelona in 2011. From 2018 to 2020, Alexis Sanchez played for Manchester United. However, in 2020 he joined Inter Milan and since then he represent the Italian Professional Football Club.

Alexis Sanchez also received Copa America 2015 Golden Ball. Apart from this, he was also Serie A Player of the Month in February 2011. He currently holds Chilean all-time top scorer and Chilean all-time most appearances maker records for his national team.

Above all Alexis Sanchez is undoubtedly one of the best Wingers in the world right now and he deserves his name for this feat on our list.

#4. Brazilian Professional Footballer Roberto Firmino claims the 4th spot on our list. He currently plays as a winger/ attacking midfielder for Liverpool and Brazil’s National Football team. He is well known for his tricks, dribbles, and great shoots. 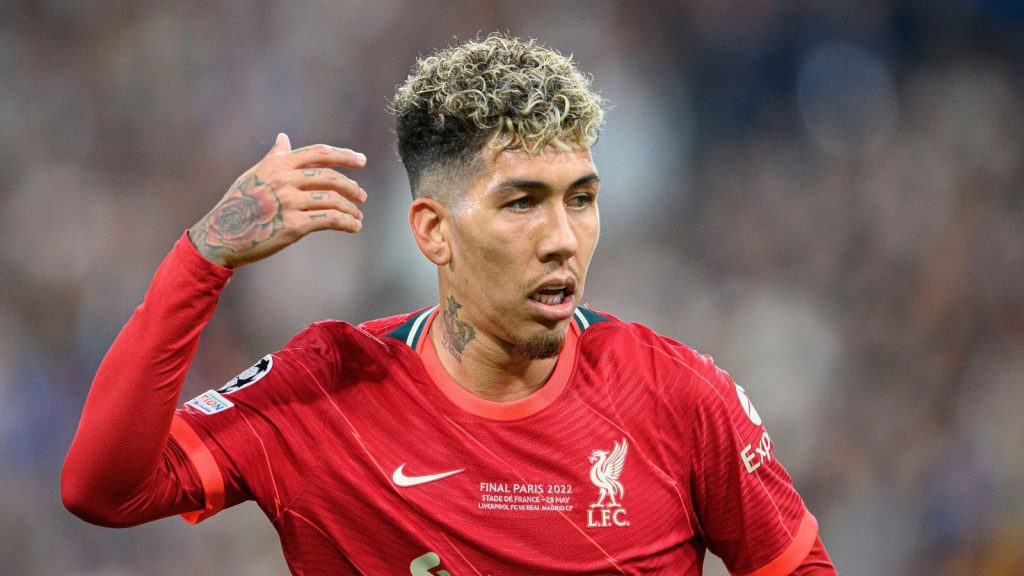 Roberto started his professional football career with Figueirense in 2009. However, two years later he played for 1899 Hoffenheim. In 2015, he joined Liverpool and since then he has been playing for the English football Club. Roberto also debuted for Brazil in 2014 as well.

He won Premier League 2019, UEFA Champions League 2018, UEFA Super Cup 2019, and FIFA Club World Cup 2019 for Liverpool. He is also the Copa America 2019 winner for Brazil. Not only this but he was also awarded Bundesliga Breakthrough of the Season in 2013. In 2018, he also won the Samba Gold Award.

Roberto Firmino is an excellent winger in football. Therefore, he is entering his name into the list of Best Wingers in the world right now.

#5.  Argentinan Professional Footballer Paulo Dybala earns the 5th spot on our list. He plays as a Winger/Forward for Juventus in Serie A and the Argentina National Football Team. He is commonly known as the “La Joya” (“The Jewel”) for his marvelous goal-scoring abilities. 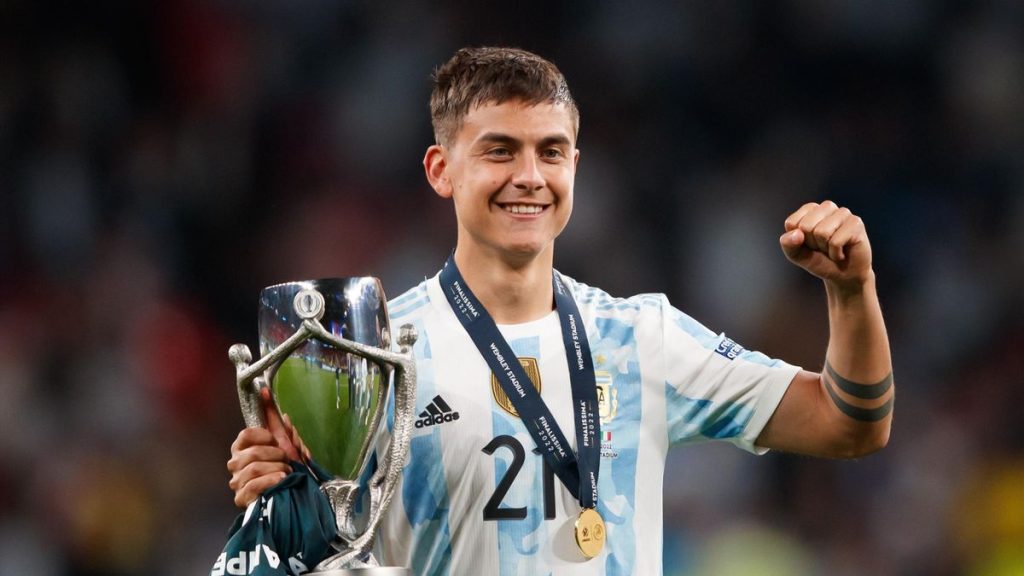 Dybala began his professional football career with Instituto in 2011. The following year he joined Palemaro before eventually becoming part of Juventus in 2015. The same year, he also made his debut for the Argentine National Football team.

He currently holds Supercoppa Italiana’s all-time top scorer record (4 goals). Above all, Paulo Dybala is one of the best Wingers in the world right now and he joins the 5th spot on our list for this feat.

#6. Welsh Professional Footballer Gareth Bale occupies the 6th spot on our list. He is known as one of the best football wingers in the world right now. Gareth plays as a winger for Real Madrid and Wales National Team. He has been named Walesh player of the Year for a record six times. 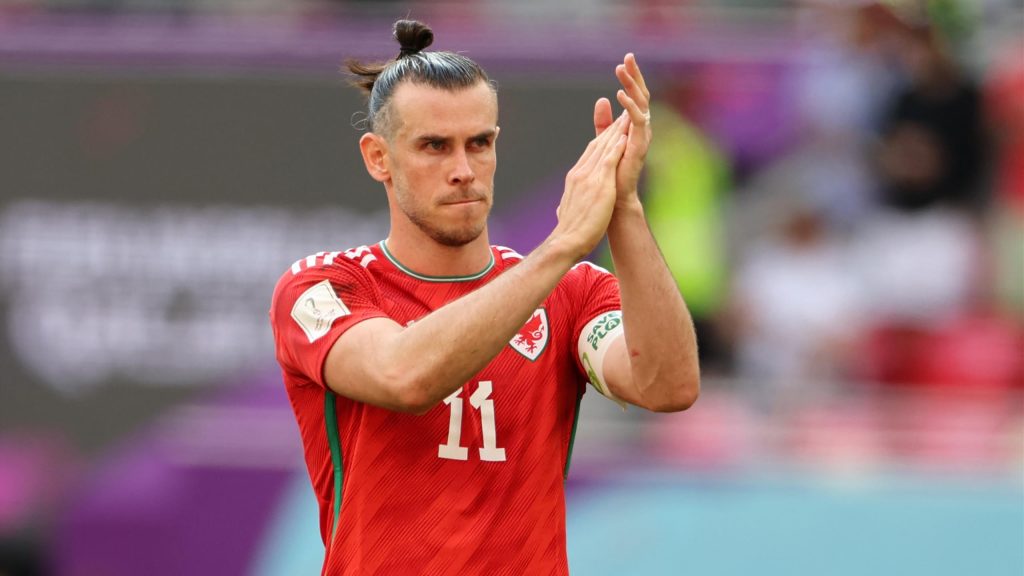 Gareth Bale started his professional football career with Southampton in 2006. One year later he was attained by Tottenham Hotspur in 2007. However, in 2013, Gareth joined Real Madrid and played many seasons for the team. In 2020, Tottenham Hotspur loaned him for two seasons. Besides, he also made his debut for Wales national team in 2006.

#7.  Another Brazilian Professional Footballer named Douglas Costa sits in 7th place on our list. He is known as one of the best wingers in the world and plays for Grêmio, Juventus, and Brazil National Team. He is considered to have excellent speed, dribbling skills, and crossing abilities. 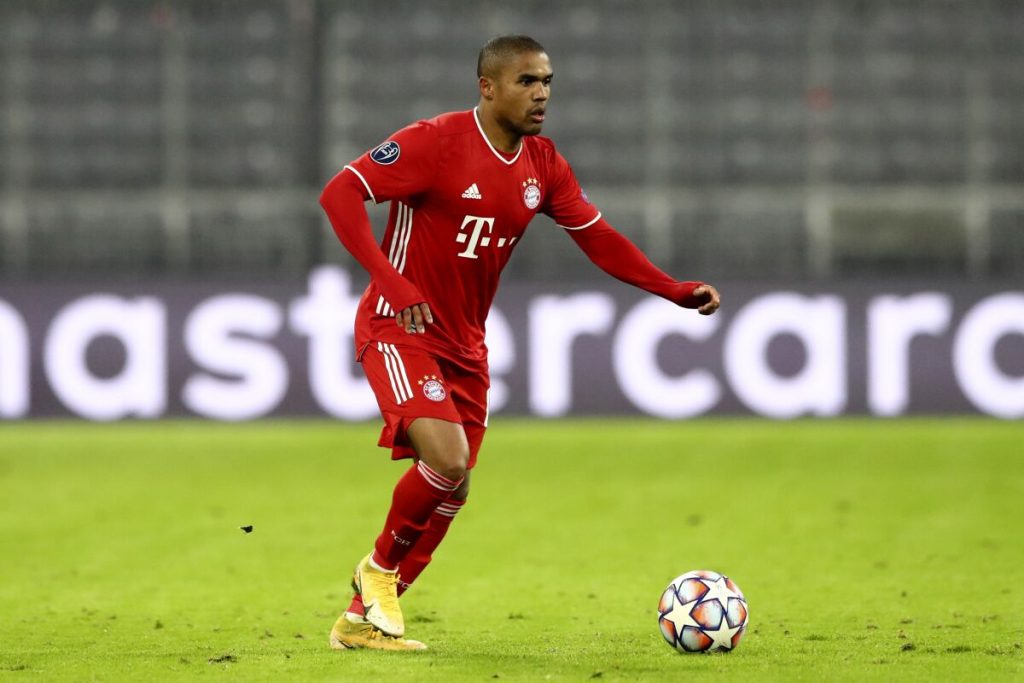 Douglas started his professional Football career with Grêmio in 2008. Two Years Later, he joined Shakhtar Donetsk in 2010. Not only this, but he also played three years with Bayern Munich from 2015 to 2018. However, Costa officially joined Juventus in 2018 and recently he was loaned by his first club Grêmio from Juventus. Apart from it, Douglas Costa made his international debut for Brazil in 2014 as well.

He has won 5 Ukrainian Premier League titles, three Ukrainian Cups, and three Ukrainian Super Cups for Shakhtar Donetsk. Not only this, but Douglas has also claimed three Bundesliga titles, DFB-Pokal, and FIFA Club World Cup 2020 for Bayern Munich as well.

Apart from it, Douglas Costa also won three Serie A titles, Coppa Italia 2017, and Supercoppa Italiana 2018 for Juventus. He was also named in the FIFA FIFPro World XI 5th team 2015. Above all, Douglas Costa earns his name on our list of best Wingers in the world right now.

#8.  Another English Professional Football Player named Callum Hudson-Odio claims the 8th spot on our list. He is also among the best wingers in the world and plays for Chelsea and England national team. Odio is the youngest player to debut for England in a competitive match. Callum Hudson Odoi started his professional Football Career with Chelsea in 2017. Since then, he has been a part of the English Football Club. Apart from this, he also debuted for England in 2019. Odoi won U18 Premier League: 2016, and FA Youth Cup in 2016, and 2017.

Apart from this, he has also claimed UEFA Champions League 2020, UEFA Europa League 2018, and UEFA Super Cup 2021 for Chelsea in his short career. Moreover, he also received the Chelsea Young Player of the Year award in 2018.

#9. Another Professional Spanish Footballer Pedro Eliezer Rodríguez Ledesma enjoys the 9th spot on our list. He is one of the top football wingers in the world right now and plays for Lazio. Pedro is well known for his dribbling, goal-scoring ability, and pace. 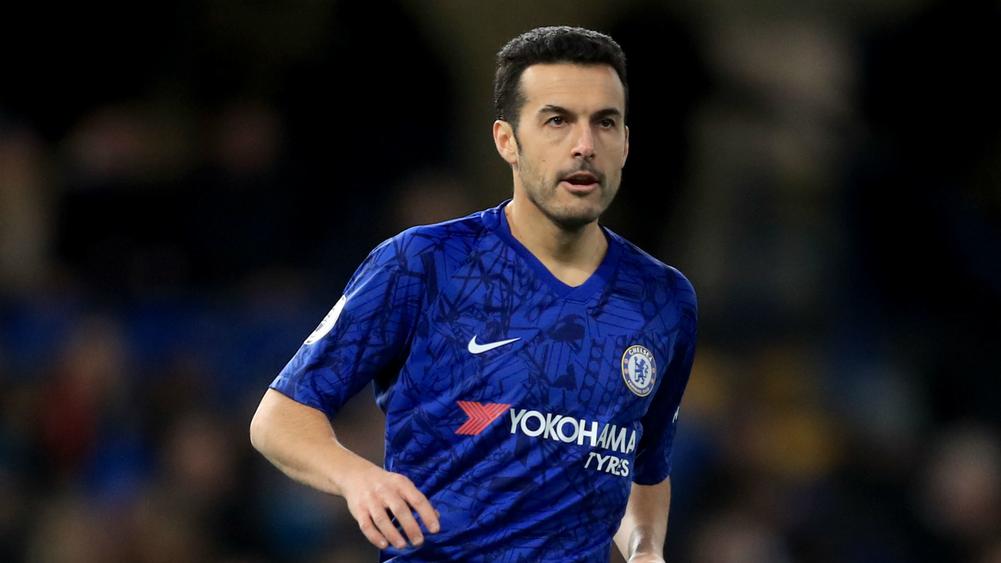 Pedro took a start from Barcelona C in professional football in 2005. He moved to Barcelona B before joining the major Barcelona team in 2008. In 2015, he joined Chelsea and five years later he played for Roma. Recently, he was signed by Lazio to play in Serie A.

During his time with Chelsea, Pedro won Premier League 2016, FA Cup 2017, and UEFA Europa League 2018. Apart from this, he also claimed FIFA World Cup 2010 and UEFA European Championship 2012 titles for Spain as well. He was awarded La Liga’s Breakthrough Player in 2009.

Above all his achievements, Pedro is undoubtedly one of the best Wingers in the world and he makes it on our list for this feat.

#10. Finally, a Belgian Professional Football PLayer Dries Mertens makes the last spot on our list. He is one of the best Football Wingers in the world right now. Mertens currently plays as a Striker or Winger for Napoli and Belgium National Team. 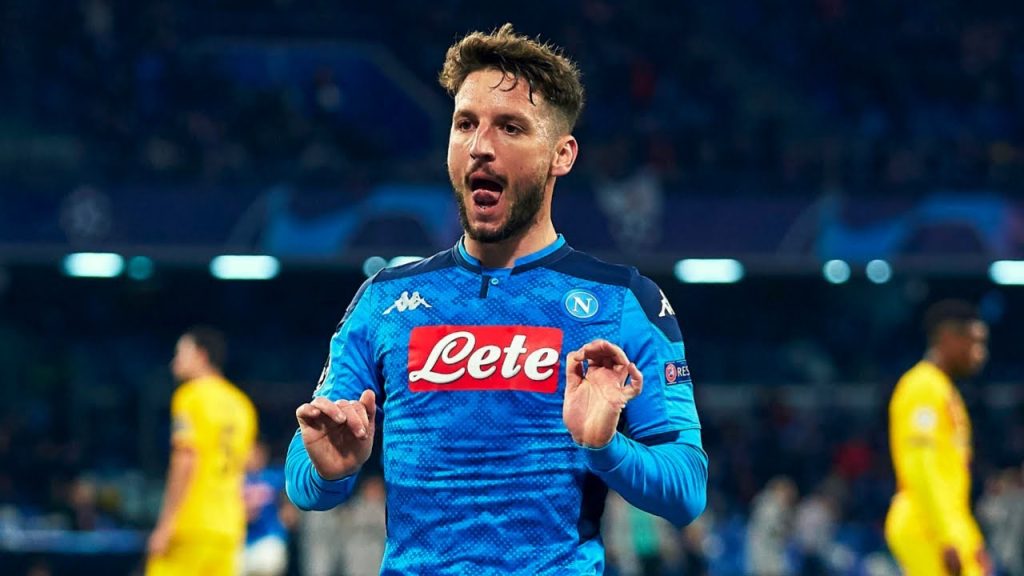 Dries Mertens started his professional Football Career with Gent in 2005. He joined AGOVV in 2007 and also played for Utrecht in 2009 and PSV Eindhoven in 2011 before finally becoming part of Napoli in 2013. Apart from it, Since 2013, Dries Mertens is an active player for Belgium National Football Team as well.

Mertens received the Belgian Third Division Player of the Season award in 2006. He was also honored with Eerste Divisie Golden Bull in 2009. Apart from this, he also claimed the Belgian Footballer of the Year award in 2016.

Above all, Dries Mertens is one of the best Wingers in the world and he earns his place for his feat on our list.