Brighton & Hove Albion with estimated £26.1 million annual spending on different window transfers and purchasing of new players is ranked among the top notch emerging clubs of Premier League. The Seagulls appointed Davy Propper as their center-midfielder for £11.7 million whereas the window transfer of Mathew Ryan costs them £5.4 million this summer.

This season the Brighton & Hove Albion is going to keep their players salaries low but also made some big signing. As the annual salary of their goalkeeper is £2,236,000 whereas the defenders of this team are going to earn £8,216,000 annually followed by £8,684,000 paid to their strikers of this team. £8,320,000 will be paid to the midfielders of this team. 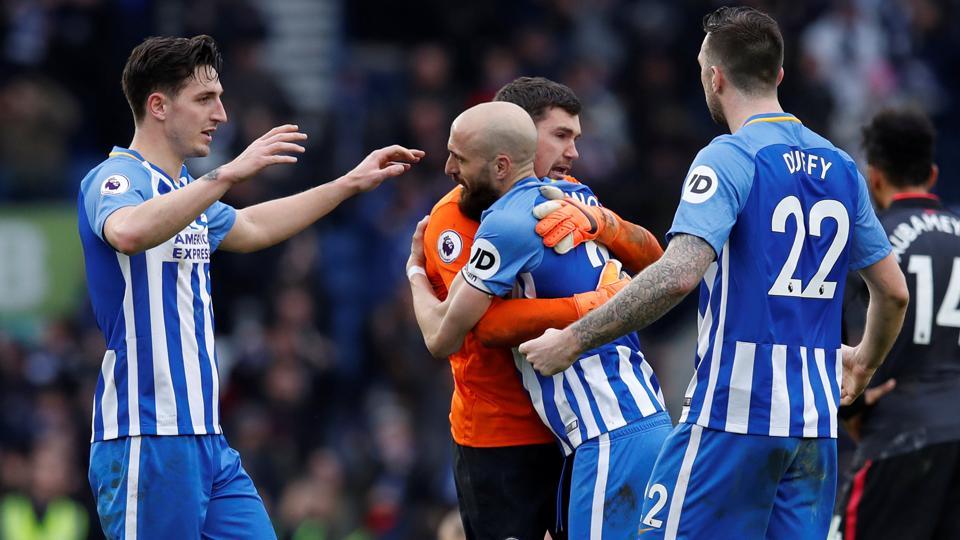 Before jumping into the upcoming season of Premier League, Seagulls have made some interesting signings including the improvement of their contract with Markus Suttner for £4.05 million and signed a 4 year contract with Jamie Murphy for £4,160,000. Another transfer deal of Seagulls is made with Florin Andone for £5,250,000.

Another record signing made by Seagulls is their contract with Anthony Knockkaert who earns £45,000 weekly and Tomer Hamed with £35,000 per week is the 2nd highest paid athlete of this team. The biggest signings of Seagulls is current season cost them £22 million whereas £4 million is spent to the other roster of this club.