A run down of the key dates for any Formula One fan ahead of 2019 with a calendar of events which stretches from February all the way through to December. 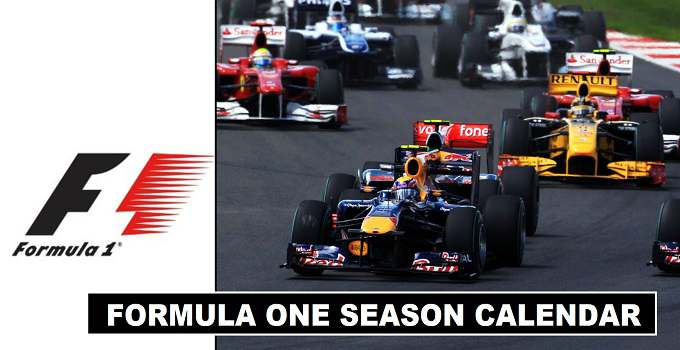 The 3rd race of Formula 1 will take place in Bahrain Grand Prix (Bahrain International Circuit, Sakhir) on 8th April, 2019. Good news is, that four major races would be held in the month of July including British & German Grand Prix. There is only one race is scheduled in the month of August this year that would be conducted in Belgium.

Internationally followed and World Champion Lewis Hamilton will be eyeing this F1 Calendar 2019 and will be aiming to dominate once again with his victories over Ferrari and Red Bull as his competitors. The four times champion Sebastian Vettel is going to give him a tough time this year, while Max Verstappen, the young star from Red Bull has skipped for now.

Three times former champion is little nervous and under pressure just because of Vettel Verstappen and McLaren driver Fernando Alonso, who are his actual rivals. Lets see, what happens next.