The contract of Chicago Fire players salaries for 2018-19 season has been leaked online and the stats are quite shocking for some reasons. The management of Chicago Fire has made some changes respectively for the 2018 season as they have signed some new players and these foreign players are quite expensive too and that’s only to produce good result for the team in league. 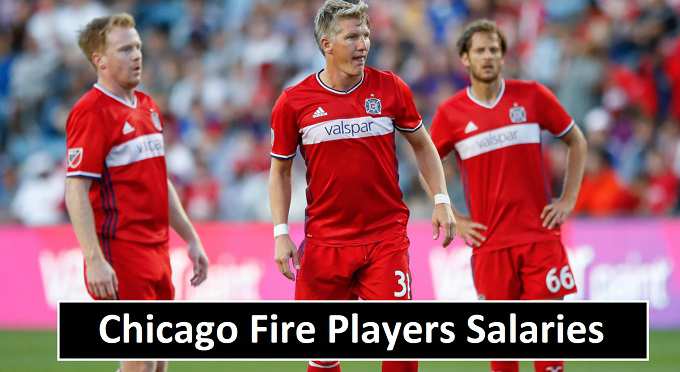 During the Easter Conference, Chicago Fire finished at third position and went through knock out round. Velijko Paunovic, the coach of Chicago Fire is quite confident and looking forward to upcoming victories.

As you can see Chicago Players Salaries 2018-19 in the table given below. The salaries have been increased a bit more than previous season. Revised bill of Chicago Fire also contains increment and cost of foreign expensive players. These digits and stats of salaries are sorted and taken from top reliable sources.

The highest paid player in Chicago Fire team is Bastian Schweinsteiger from Germany who is currently playing at midfield and he is being paid about $5.4 Million and then comes Nemanja Nikolic, who receives $1.7 Million as salary. Total budget of Chicago Fire has been increased from last two years, and total $12.5 Million were spent in term of salaries. Now this budget has been gone to $13.2 Million in year 2018.