Cricket Commentators earning as salary and endorsements income has been revealed. Most of the fans raise question that do commentators get salary base contract with different sports channel or any other council provides them money. Different countries in which cricket more famous, cricket experts are hired by different local and international channels for commentary purposes. The following stats are mentioned related to cricket commentators salaries for 2020. 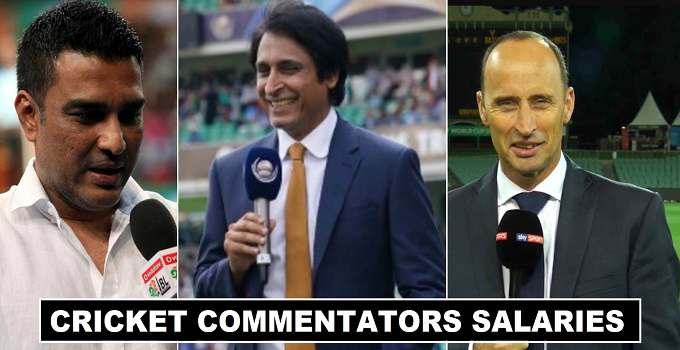 Sanjay Manrekar is the highest paid cricket commentator as he earns almost $36,000 per series. His recent earning was $40,000 during India vs South Africa Test Series.

Following stats are revealed and the mentioned below information is collected through different trusted and reliable sources.

Highest Paid Cricket Commentators 2020In order to place the commentators on behalf of highest paid cricket commentators, then India commentators are at top of the list. While commentators from Sri Lanka, Pakistan, England, Australia, West Indies and New Zealand come after them.