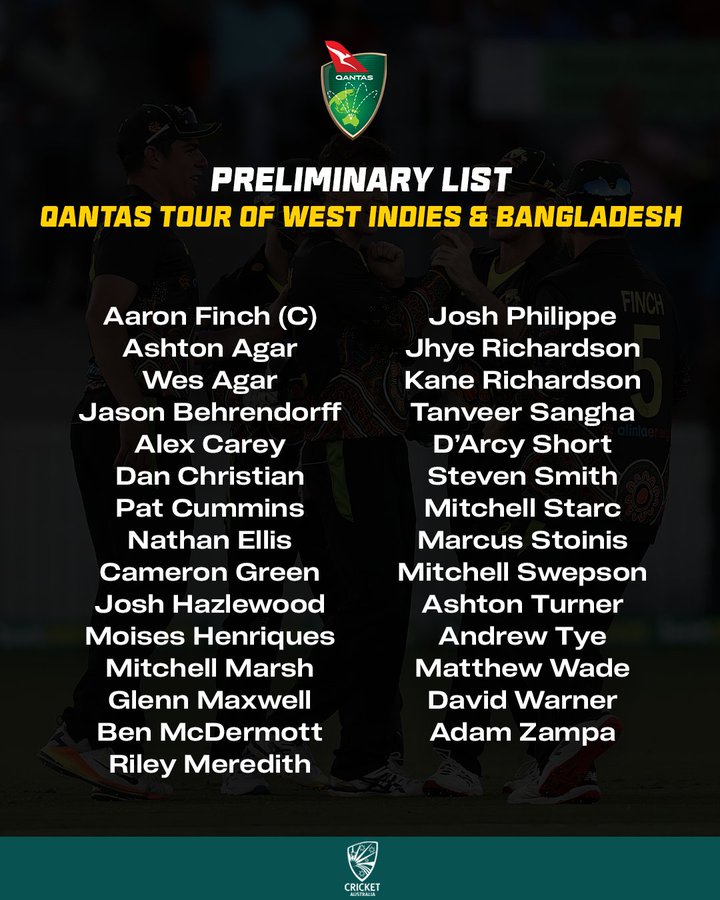 Panel of Australian selectors has announced the complete squad of Australian cricketers for next series against West Indies and Bangladesh. While the confirmation is still conditional to bio-security arrangements and other formal, but government approvals.

The new squad includes Ben McDermott, Cameron Green and Wes Agar along with Nathan Ellis for both West Indies and Bangladesh tour. Derbyshire and Nottinghamshire currently acquiring McDermott and Christian, but they will allow the players to make appearance in official tour.

Proper announcement of finalized squad is yet to be done prior to former extensive list of 23 members that also included players in the suspended Indian Premier League.

In charge of Australian selection panel, Trevor Hohn said, “The health and fitness of players in the time of pandemic is our top notch priority”.

Ben has played few of the excellent innings and he is a declared match winner especially on the T20 format of cricket. On the other side, Dan is standing at the peak of his career-best and was an important player of the Sydney Sixer team.

Cameron made his ODI debut by playing against India in the last summer and got attention of Australian selectors by performing to the next level on all formats of cricket.

The above mentioned Australian squad will be playing against West Indies and Bangladesh and all of the players have been selected on the behalf of their previous performances as well as professional skills they have showed during last 2 to 3 years.