Cristiano Ronaldo is a Worldwide Soccer icon with millions of fans all over the globe. He has achieved so much in soccer and he is the greatest footballer of all time. With such huge success in football, many famous soccer players have their own fair share of controversies, so does Cr7. He is loved by many fans, hated by some and many football geeks never fail to make internet memes about him. Here are the 10 Most Infamous Cristiano Ronaldo Controversies.

From Cristiano Ronaldo Airport to the Mysterious Mother of his Son, Cr7 sure has his fair share of controversies. Some of these controversies targeted his football career, while others were personal and more related to his family life.

Following the Portugual victory in Euro 2016, Madeira Airport in Funchal has renamed Cristiano Ronaldo International Airport on 23rd July 2016. The unveiling of the rebranded showcased the bust of Ronaldo’s head. The bust lacked any likeness to Ronaldo’s head and was made controversial by many fans. Even, he was ridiculed at Saturday Night Live someday show.

After, deep consideration by many politicians and a petition move to change the bust by citizens, Emanuel Santos was commissioned to make a new bust. However, the bust was never used and a new bust made by Spanish sculpture was later shown to the public.

Nevertheless, the unlikeness of Ronaldo’s bust created a huge controversy at that time and it takes the topmost on most infamous Cristiano Ronaldo controversies.

During the FIFA World Cup Quarter Final match between England and Portugal, Ronaldo’s Manchester United teammate Wayne Rooney was sent off for stamping on Portugal defender Ricardo Carvalho. The Referee later clarified the decision by stating that the red card was only due to Rooney’s infraction. However, the English Media stormed Ronaldo by saying that he has influenced the decision by aggressively complaining.

Later, Ronaldo was seen winking at Portugal’s bench following Rooney’s dismissal in the replays. Wayne Rooney may never forget the fallout from that red card. Therefore, Ronaldo playing a role in Wayne Rooney’s Red Card sent off during FIFA World Cup 2016 Quarterfinal makes the 2nd spot on our list.

Cr7 made headlines in April 2016, for having an alleged affair with Morocon Kick Boxer Badr Hari. The allegations were made on French Television about Real Madrid’s soccer legend. The Television reported that Ronaldo made regular jets to Morocco after hard training to enjoy cuddles with his friend Badr Hari.

The French Television also revealed some infamous photographs to paddle the narrative that Ronaldo is more than just a friend to Badr Hari. This news from French Television infuriated many Ronaldo fans who went on to reject the ridiculous claims stating that Ronaldo has been involved with many beauties in the past.

Nevertheless, the alleged Gay Affair with Moroccon Boxer Badr Hari stunned the football fans. Now, it makes the 3rd spot on our list of most controversial moments of Cristiano Ronaldo.

One of the best football players in the world did not celebrate his 30th birthday as per his will. His team Real Madrid lost a match in La Liga’s 2015 season, Ronaldo was so devastated that he wanted to cancel his birthday party. However, his birthday celebrations had taken one-month of planning already and many of his friends and relatives were invited to the party.

However, he remained totally numb at the part and did not enjoy the celebrations after his team’s loss. If it did not have taken a month of planning, Ronaldo may have canceled the celebrations of his 30th birthday. But his gentleman stature compelled him to join the party with his fans, friends, and relatives.

Thus, his controversial 30th Birthday Party joins our list of Ronaldo’s Contrvoerseries at the 4th spot.

#5. Questioning The Standard of His Real Madrid Teammates on 27th February 2016

Real Madrid once Legend, Ronaldo hit the lowest point in his carer when he was fund questioning the standards o his teammates on 27th February 2016. One of the greatest footballer forwards of all time stated, If the whole team were in my level, we’d be first’’. These harsh and rude comments must not have come from the mouth of a Football legend.

He also blamed the failure in the recent league on his teammates. So his comments brought a shitstorm of Controverseries from his fans and other football lovers. Thus, questioning the standards of his Real Madrid teammates also lists among Cristiano Ronaldo Controversies.

Cristiano Ronaldo is the kind of Soccer Player who has always loved to go solo. With his counterparts such as Messi, Salah, and Neymar forming bonds and friendships, he has always kept his own style. After learning about the MSN trio, he stated that he is not jealous of the friendship between the top soccer players, he just prefers to play his own way.

Ronaldo also stated that he also enjoys the company of his teammates, and has good bonds with his other fellows. His solo playing style does not mean that he has fewer friends.

Ronaldo is famous for playing the solo game at the meantime, he is an introvert who respects his other teammates. However, his goal is only to play soccer till the end and he only cares about it. Regardless, of friendship and bindings, Ronaldo has won many games for his club on its own.

His remarks on MSN Trio are said to be one of the biggest controversies of Cristiano Ronaldo. Therefore, its makes the 6th spot on our list.

A French magazine reported in 2015 that Cristiano Ronaldo is going to donate $8 Million in a donation for Nepal’s Earthquake that recently hit the core of the country.

However, later this news turned out to be fake. Meanwhile, Ronaldo tweeted about saving the Nepal Children and showed his support for the cause. He also encouraged his fans to donate funds to this charitable cause.

Many News outlets reported that Ronaldo himself has also donated $5 Million to the cause. However, Ronaldo did not make any such claims and he only tweeted to support the cause and encourage his fans for the charity.

This is one of his 10 biggest controversies on our list.

#8. Arrested on Suspicion of Raping a Woman in October 2005

In 2005, Ronaldo was alleged for raping a woman with another man. British Crown Prosecution services investigated Ronaldo and the other man when the allegation was put forward by two women. Later, both women withdrew the allegations and Scotland Yard issued a statement that there was not enough evidence for the prosecution.

The woman alleging Ronaldo for the rape claimed that the football player and his friend raped her in a hotel room. Ronaldo denied any such affair with the said woman.

However, being alleged of raping a woman is still one of the biggest controversies of Cristiano Ronaldo. Thus, this controversy makes it at the 8th spot on our list.

#9. Accused of Drinking Heavily in a Nightclub in July 2008

In July 2008, Cristiano Ronaldo received heavy damages in defamation from British News Paper. Daily Mirror reported Ronaldo drinking heavily in a nightclub while recovering from an injury. Earlier, Ronaldo has said that he does not drink alcohol. His father had died from an Alcoholic condition in September 2005 when he was only 5.

Given that, Cr7 did not have tattoos at that time, and he regularly donated blood and bone marrow, these allegations from the British Newsoutlet seemed bogus and fake. However, they did not stop it, from making headlines and damaging the reputation of the renowned football legend.

The news caused havoc among die-hard fans of Cristiano Ronaldo. Therefore, it makes it on our list of top 10 Ronaldo Controversies.

Cristiano Ronaldo Jr’s mother’s identity has been kept a secret to this date. The football legend stated that he has full custody of his son and he will never reveal the identity as per an agreement with her. As per reports, Ronaldo paid her 10 Million pounds to keep a secret of her identity and he looks after her financially. 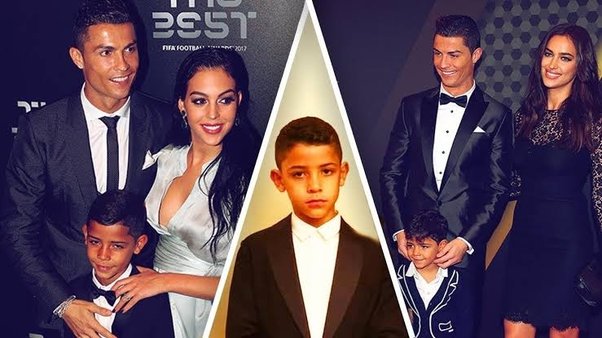 The biological mother of Cristiano Ronaldo Jr is not allowed to have any type of contact with his son. As per reports, she is an English Waitress who with Ronaldo had a one-night stand during his Manchester United days.

The mysterious identity of the biological mother of Ronaldo Jr makes the last spot on our list. Perhaps, it is one of the biggest controversies of Ronaldo during his career.