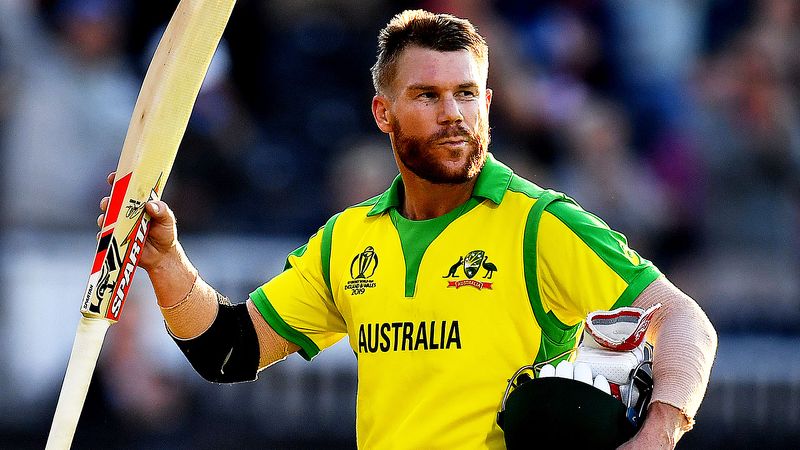 Breaking News! Australian T20 Captain Aaron Finch has confirmed that David Warner will be opening for Australia in T20 World Cup 2021. Whereas, former Australian Captain Steve Smith will take the responsibility in middle of Australian team squad in T20 WC 2021. Finch spoke to the media about Australian team preparation in the upcoming mega cricket tournament. The official Twitter handle of T20 World Cup shared this news on the internet.

“We know that if we play at our best we’re going to be hard to beat.”

Australia captain Aaron Finch has no doubt his team can go all the way at the #T20WorldCup 🏆https://t.co/dY4OSzPl2U

T20 World Cup remains the only trophy that have not been claimed by Australia. Therefore, Australian T20 World Cup Captain Aaron Finch hopes to finally claim the title for his nation. He spoke with media about his team’s preparations for T20 World Cup 2021.

“We understand that we haven’t played our best in these tournaments,”. We’ve had an interrupted preparation like everyone has over the last 18 months. We’re still very confident though.

“We know that if we play at our best we’re going to be hard to beat, we can match it with the best in the world. “We feel as though our squad is well rounded, we’ve got options to play different combinations, different structures to the side, so there’s definite motivation but we’ve just got to be at our best at the right time.”

“He is one of the best players to have ever played the game for Australia,” Finch said, locking in his long-term opening partner to be there when Australia begin their tournament against South Africa. “While he would have loved to be playing for Hyderabad, no doubt, I know that he is still training away. He’ll be good to go.”

Finch also commented about Glenn Maxwell role in the team.

“He is a world-class player, when he is on, he is as destructive as anyone in the world. He is someone who in World Cups has shown in the past, whether that’s T20 or 50-over, that he can win games for Australia off his own bat.

“He is a really important cog in our team. We’re really happy with how he is going.”

“What we’re going to do is be really flexible through that middle part of the game,” he said. “There is a lot of power there and there is a lot of ways we can go about it.

“He is a brilliant player of spin, he is someone who can adapt to all situations of the game, so we see that as a real asset for us.

“His game speaks for itself. The 360 nature of his game is really suited to our middle order. He is someone who will be in there, no doubt.”

T20 World Cup 2021 is starting from 17th October in UAE and Oman. Australia are one of he top eight participating teams in the tournament. They are preparing for the 7th season of T20 WC. Their Captain Aaron Finch speaks to the media about his preparations for the tournament.