Finally, the news is out for which Indian PSL Cricket fans were worriedly looking for, as DSport is all set to live Broadcast PSL 2020 in India. DSport was not listed in the original list of PSL 2020 Broadcaster issued by PCB few days back. However, DSport has made a deal with PCB for the Broadcast rights of PSL 5 Matches in India. Therefore, Indian Cricket fans can now watch PSL Season 5 on DSports starting from 20th February.

DSport held the live Broadcast rights from 2018 to 2019 for Pakistan Super League in India. However, the Indian Sport channel owned by Discovery Network backed off from PSL 2019 Broadcast in India due to the rising tension between India and Pakistan. This event followed on the Reliance India pulling off from PSL Production and coverage. Later on, DSport continued to provide PSL 2019 coverage in India despite enormous pressure growing on from political groups. 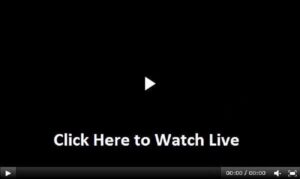 In addition, DSport was also not included in the official TV Broadcaster list, released by PSL Management on 15th February. However, DSport has now made a deal with PSL to Live Telecast all the 34 PSL 2020 matches in India. So, all those Indian Cricket fans who were worrying about where to watch PSL 5 matches on TV in India.

“The presence of international stars will ensure each and every match will offer high quality contest. A core proposition to engage cricket aficionados in the country. We are working towards aggregating marquee properties across variety of sports with an aim to engage passionate fan communities”

Well, we have a good news for you, now you can catch Entire Season of PSL 2020 On DSports in India. So, get Ready Indian Fellows, PSL 2020 is coming to India.

PSL 2020 is all set to take place from 20th February 2020 in Pakistan. Quetta Gladiators will meet Islamabad United in the 1st T20 match, after the opening Ceremony is held.

Following TV Channels are authorized to live Broadcast PSL 2020 in different Countries. Check this list to know, which TV Channel will bring PSL 5 coverage in your country.

Following official Sites are authorized to live stream PSL 2020 matches live online in different countries. Check this list to know, which site will be streaming PSL 2020 matches in your country.