The English batsmen played outstanding batting innings against Pakistani bowlers as they have posted a mighty target of 201 runs. The winner of previous T20 match, Pakistan’s bowling lineup could not resist the runs despite of picking wickets continuously. 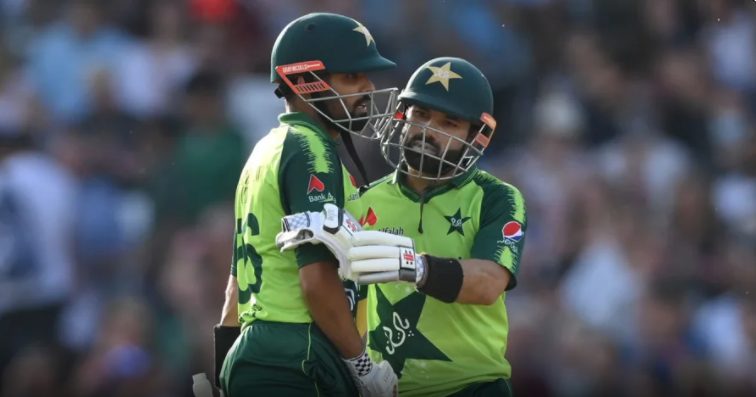 Pakistan’s bowling department picked up wickets earlier and broke the openers into pieces, but the middle order of England stood strong and firm which helped them making more runs. Jos Butler is the man behind opposition’s destruction and not allowing his team to fall before the deadline.

Although the pitch was batting friendly, but Pak bowlers also bowled excellent spell in the beginning, but later the pressure diverted on visitors as middle order started smashing them confidently.

Jos Butler half century (59 Off 39) helped his team to revive back instantly, while Moeen Ali and Liam 30s+ also helped them to post a big total.

Despite of picking up 3 wickets, Mohammad Hasnain has been expensive bowler for Pakistan team with the economy of 12.75. On the other side, Shaheen Shah Afridi also bowled fruitful spell of 3.5 runs having 1 wicket in his account with the economy of 7.30.

Since the pitch was also providing a turn to new ball, Pakistani skipper Babar Azam utilized Imad Wasim and he didn’t disappoint as well. He picked up two wickets and gave 37 runs in his spell of 4 overs.

Now it’s responsibility on the shoulders of top order batting lineup to build a lengthy partnership and get the advantage of dew factor.