23-Man England team squad has been officially announced for FIFA World Cup 2018 (Russia). This tim England has successfully managed to locate some extra-ordinary players in the team for the mega event to be held in Russia in June-July 2018. Harry Kane is appointed as the team’ skipper and placed in the striker and will lead the forward line in World Cup 2018. Dele Alli along with Raheem Sterling and Rashford. 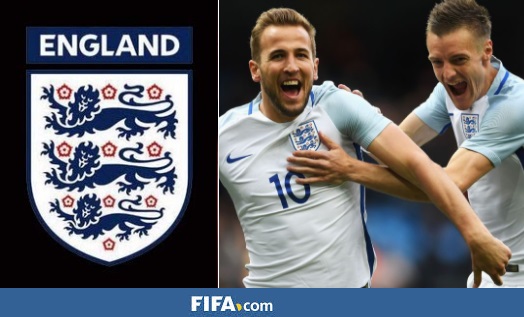 Henderson and Eric Dier is also in the officially announced England’ team squad list. He has been placed

in the midfield. On the other side, Kyle Walker and Danny Ross expectedly could get the place in full back roles. John Stone will play in the start at cetral defense alongwith Garry Cahill. Jack Butland and Joe Hart could go at start together.

The complete 23-Man England Team Squad has been listed below in the table and the possible lineups are also mentioned in the image given to the right side.

On the behalf of excellent track record and outstanding form of Harry Kane for last few years, the officials have made Harry as captain (leader) of the English team for FIFA World Cup 2018. Harry Kane has scored so many goals that cause so many victories for the English football team. The English team is looking quite firmed under the captaincy of Harry as he is been an excellent attacker as well as playing a vital role in so many crucial victories.

Ali is one of the important players in England team, while Rashford and Harry Winks are also emerging, but yet extraordinary players for the English team especially in the FIFA World Cup 2018 (Russia). Harry Winks totally meets with the standard as he has been quite well with his form in recent games.