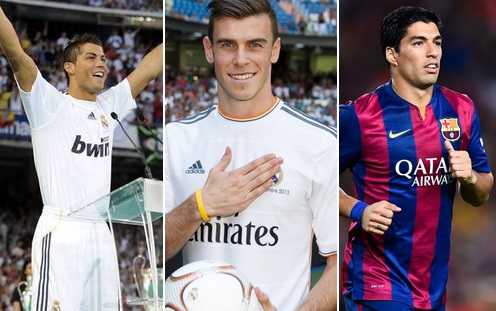 After the Transfer of Neymar to Paris Saint, the records of expensive transfers are broken. Neymar was transferred to Paris Saint Germain for record $222 Million and it was more than double of Paul Pogba Transfer to Manchester United worth £89 million in 2016. The transfer of Neymar has helped the godfathers to forget the previous transfers as he has set the new trend. Now let’s take a look at the most expensive football transfers of all times in history of football.

Although the list of most expensive transfers is too long, but we would mention a few (30) of them.  The 9 expensive transfers happened in 2013 only, while rest of the expensive transfers’ list also contains the event happened after 2013. Gareth Bale was bought by Real Madrid in 85 million in 2013 which overtook Ronaldo’ team followed by Pogba transfer cost 89 million. The collected details are mentioned below in the table.

These sort of expensive purchase often work for the teams as per the history is witnessed. Just for example, Real Madrdi paid 94 million euros back in 2009 in buying Cristiano Ronaldo and he proved this deal perfectly right.  In the list of most expensive transfers, Gareth Bale stands at 3rd position. Gareth was bought by Real Madrid from Tottenham for 100 million Euros.

Gonzalo Higuan from Napoli to Juventus is also in the list, but stands at 5th position. He was bought by Juventus from Napoli for 90 Million Euros back in 2016, but this deal was the most expensive deal in 2016 year only. 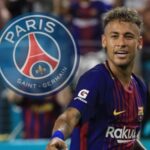 Note: Neymar’ transfer from Barcelona to Paris Saint Germain is expensive on technical grounds because the transfer fee made this deal most expensive instead the gross price. Neymar is still most expensive football player transfer leading Paul Pogba who was transfered to Manchester United for 89 Million pounds which was a record still back at then.