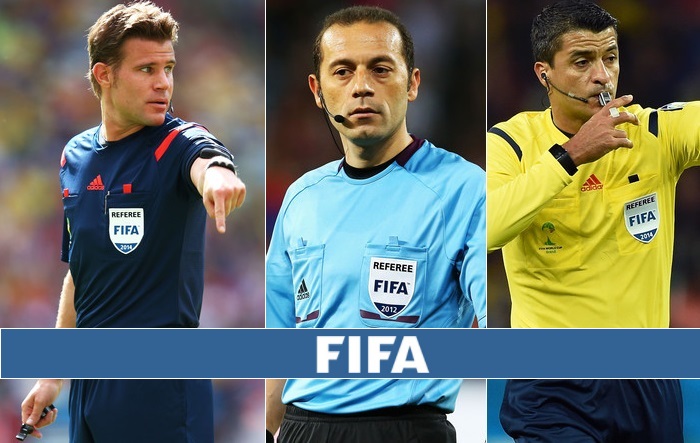 FIFA has officially announced the list of referees and assistant referees for the mega event World Cup 2018 to be held in Russia in June. There are total 36 men in the list of referees for world cup including two elite referees. The “International Football Board of Association” will announce the “Video Referee” in March 2018. Three big giants of Associations across the globe has given the names of referees, but 10 from UEFA, 6 from CONMEBOL and CONCACAF each has been added to the finalized list so far.

This is for the first time in history of FIFA World Cups that Video Referee is being used. The mega event will be started in June 2018 and will last by the end of July 2018. The following table contains the finalized list of referees for FIFA World Cup 2018.