Batting and bowling are the two main factors that define the strength of a strong team. However, a player comes in very handy when it can ball and bat at the same time. Such a player is called an all-rounder. Cricket History is filled with legendary all-rounders who gave the best for their teams. So, let’s have a look at the top 10 Greatest All-rounders in Cricket history. 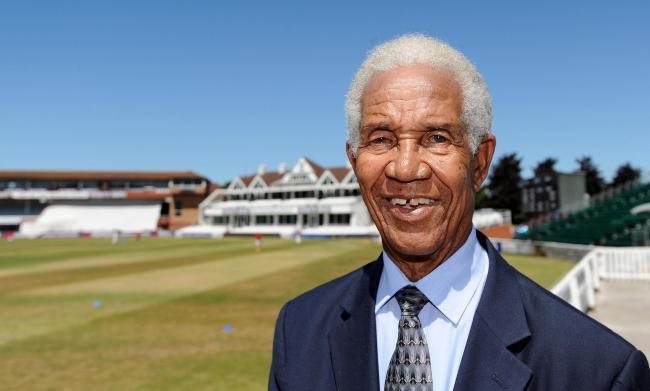 Sir Garfield Sobers is widely considered Cricket’s most excellent all-rounder of all times in many cricket circles. So, Gary tops our List of Top All Rounders of Cricket.

The Former West Indies captain Gary debuted in International Cricket on 30 March 1954 against England. Initially, he joined his team as a bowler. But soon, he improved his batting and stepped up in the batting order.

He recorded the highest test score in an inning of 365 in an innings. The record remained until his teammate Brian Lara took this record by placing 375 on the table.

Gary scored 8,032 runs in his Test career with a marvelous average of 57.78. His batting average competes with Sachin Tendulkar, Rahul Dravid, Virat Kohli, and Kane Willaimson.

Apart from it, he also holds 235 wickets in test format with one fifer. 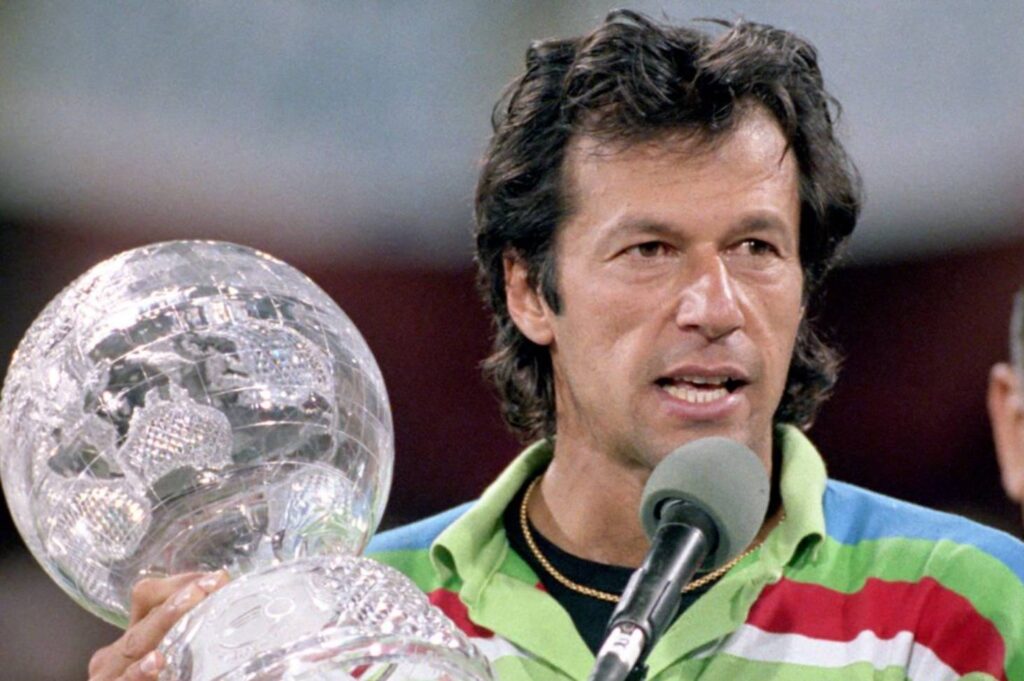 Former Pakistani Captain Imran takes the seconds spot on our list. He started playing Cricket at the age of 16. However, he debuted in test cricket for Pakistan in 1970 against England. In 1982, he was made the captain of the Pakistan Cricket team.

He is regarded as the most successful Captain of Pakistan. In 1992, Pakistan won the ODI World Cup under his captaincy. He has 362 wickets and 3807 runs to his name in the test format.

In 2010, the International Cricket Council inducted Imran Khan into the ICC Hall of fame. 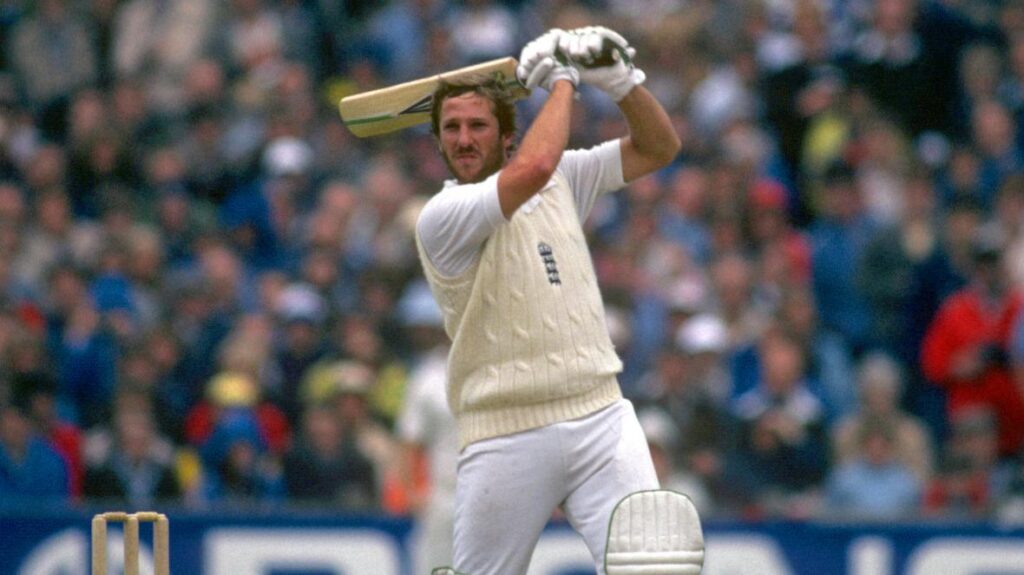 The Former English Captain Ian Botham grabs third place on or list. He is said to be a superb all-rounder to ever play for England. His aggressive playing style earned him the Beefy nickname.

He started playing Cricket in his school days. At the age of 16, he left school and debuted for Somerset in 1973. However, his international debut came in against West Indies in a limited-over match in 1976.

When Australia visited England in 1981 for the ashes, Ian Botham showed up as the one-person army winning England the Ashes on his own. He scored 533 runs with two hundred and managed to scalp up 34 wickets with three fifers. 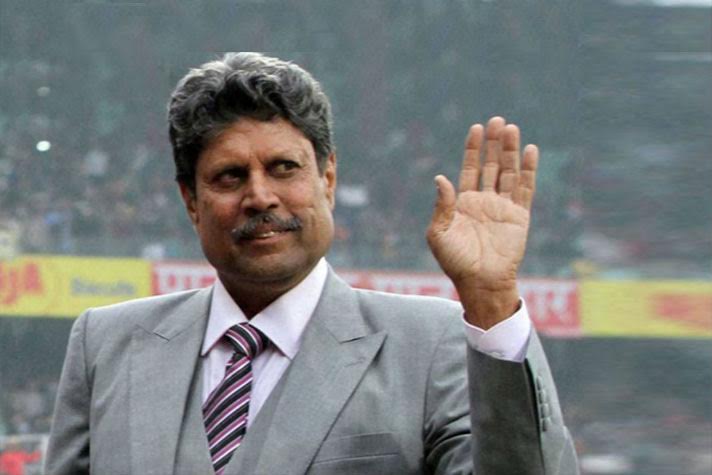 If you are an Indian Cricket fan, you should be familiar with Kapil Dev. Yes, the Legendary Indian Captain lifted the first-ever ODI World Cup Trophy for India in 1983. Known by the nickname of Haryana Hurricane, Kapil Dev is regarded as an exceptional all-rounder to ever play for India.

Dev made his international debut in the test format against the arch-rival Pakistan on 16 October 1978 in Faisalabad. He took 434 wickets in his Test career with 23 five-wicket hauls. Apart from it, he also scored 5248 runs with eight magnificent hundreds.

He was the highest wicket take in 1994 in the test format, Richard Hadley. After him, no Indian fast bowler has ever come close to what he achieved in his career. 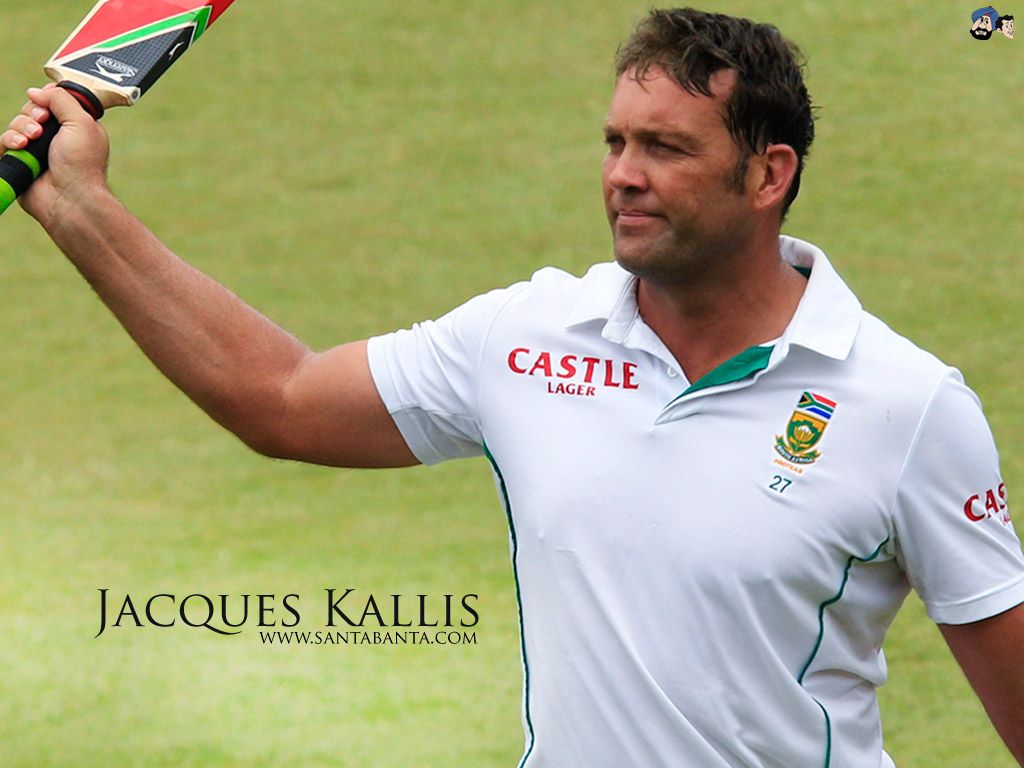 Next, we have former South African Star Cricketer Jacques Kallis on our list of Great Cricket All-rounders who ever existed. Woogie debuted in International Test Cricket against England in 1996. He has 24868 runs and 565 wickets to his name in all formats of International Cricket.

Kallis scored 13,289 runs in his Test career. He stands tall among the present-day legends, including Sachin Tendulkar, Rickey Ponting, and Inzamam ul Haq, with a stunning average of 55.37 in the test format.

He had a classical approach with playing a wide variety of shots in his game. Though his bowling stats are not that impressive, he was brought in as a wicket taker by his captain in many critical moments.

He was the first-ever Bowler to take a fifer in the ICC Champions Trophy match. No other South African player can be matched to him in Cricket. 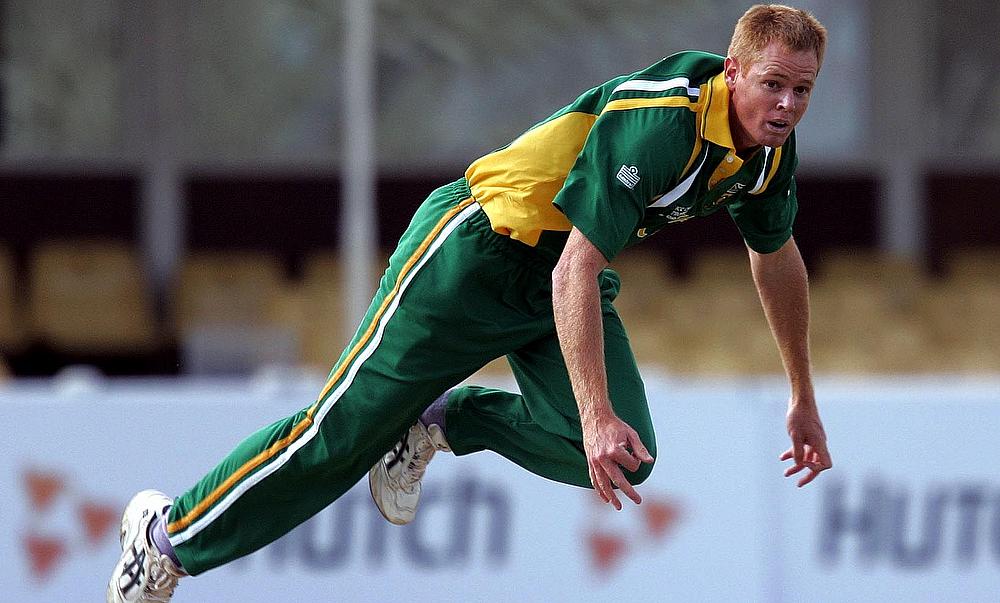 He picked up 421 wickets for South Africa in the test format with an average of 23.11. His bowling career is decorated with 16 fifers.

Though Polly was bowling all-rounder, he also did well with the bat in the critical moments of the match. He accounts for 7300 runs in International Cricket with three hundred in both ODI and test formats. 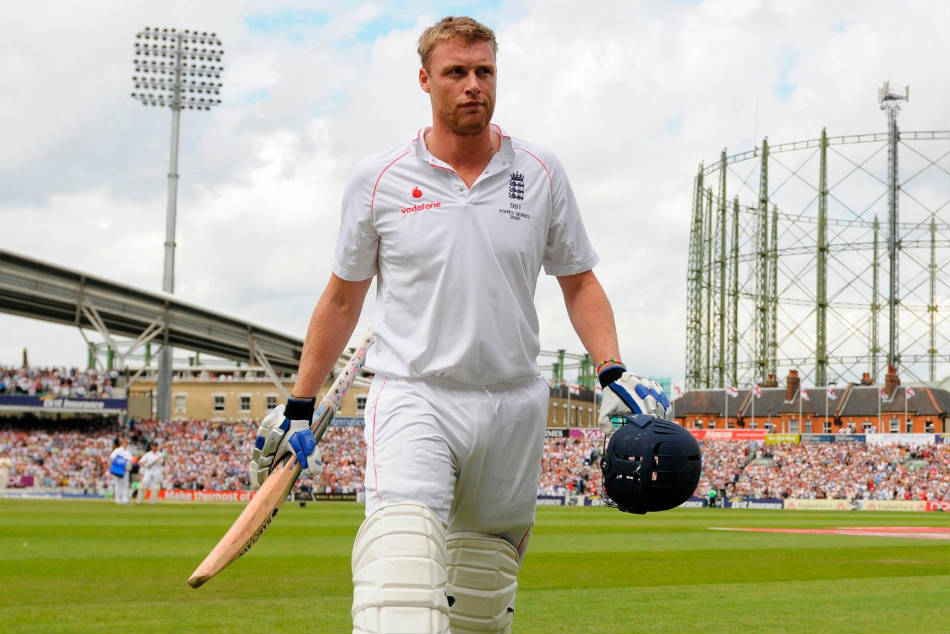 Andrew Flintoff is another English Cricketer who joins our list of Best Cricket All-Rounders. Freddie joined International Test Cricket in 1998 against South Africa. He is well known for his courageous performance in The Ashes 2005 against Australia.

He scored 402 runs with a stunning hundred and took 24 wickets with one fifer. His all rounding performance won England Ashes 2005. 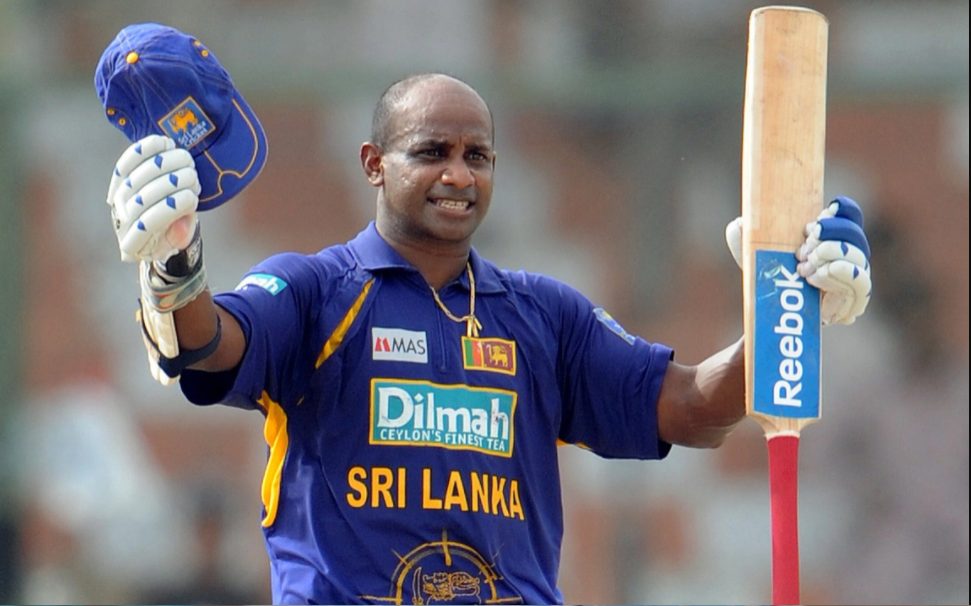 How can we miss that aggressive Opener from Sri Lanka who dominated top bowlers back in the 2000s? Yes, Former Sri Lankan Captain Sanath Jayasuriya also makes it on our list. Master Blaster Jayasuriya appeared in International Cricket on 22 February 1991 against New Zealand.

He opted for an aggressive batting style as an opener during his career. Therefore, he only scored 6973 runs in the test format. But, he ruled over the batsmen of his generation by scoring 13,430 runs with 28 glorious centurions.

Earlier in his career, Matara Hurricane joined the Sri Lankan team as a bowler. But later, he worked on his batting technique to become an aggressive batting all-rounder. So he records 421 wickets to his name in his career span of 2 decades.

Sri Lankan Cricket fans remember him for his beautiful shots around all four corners of the field. 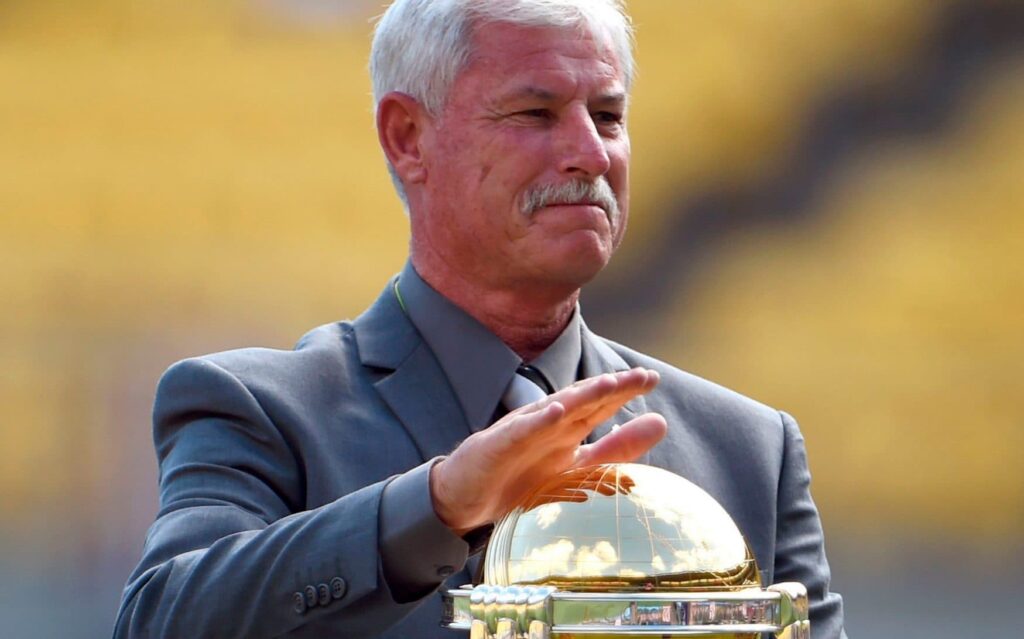 The Great Sir Richard Hadlee remains at the top when we talk about New Zealander All-rounders. Sir Paddles debuted in International Cricket on 2 February 1973 vs. Pakistan. He went on to become the finest fast Bowler during his career.

Paddles knocked out 431 batters in his test career and recorded the highest numbers of 36 fifers. He also managed to score 4878 runs with two centuries as a batsman.

He is the first-ever cricketer to complete 1000 runs and take 100 wickets in Cricketer History. His bowling figures of 9/52 against Australia at Gabba in 1985 are regarded as the best single innings bowling figures in the 20th century.

Even today, he is an inspiration to the young cricketers in New Zealand. 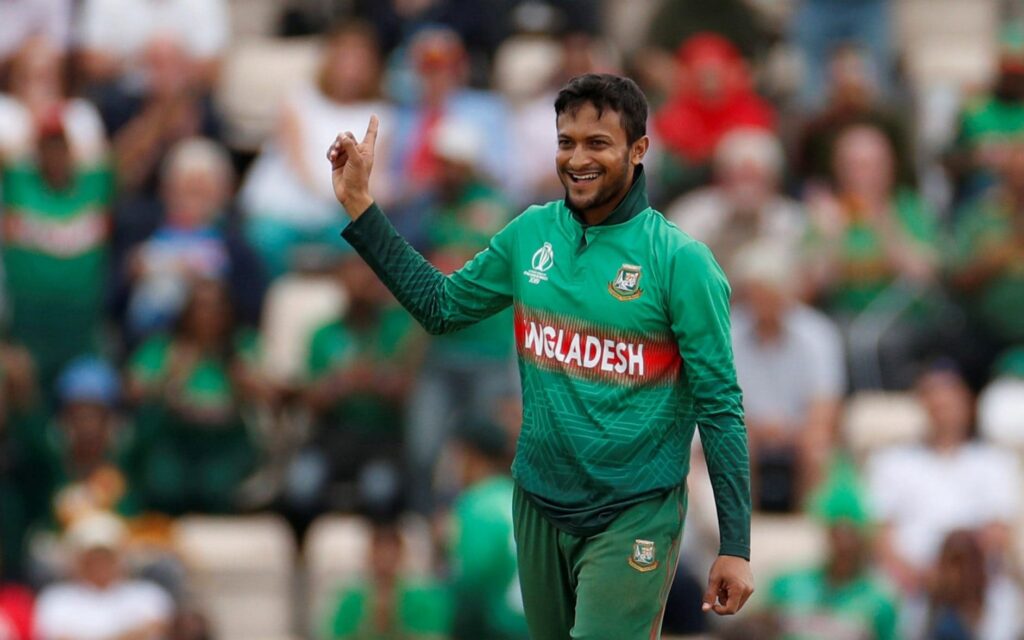 Are you amazed to see a current Bangladeshi all-rounder on the list? Shakib al Hasan is undoubtedly the best all-rounder of this generation. In 2015, he became the first and only cricketer to rank 1st in all the formats on ICC All Rounder Rankings.

The list of records by Shakib in Cricket would go and on. But the thing is, He is a true idol for thousands of young Bangladeshi cricketers.

So, here is our list. Who you think should make on our list of the Greatest Cricket all-rounders. Let us know in the comments.