Get ICC Cricket World Cup 2019 Live TV Channels Broadcasting List. ICC has announced that CWC 2019 will be starting from 30 May in England & Wales. This mega cricket tournament will be broadcast live all over the globe. Many TV Channels has bought official Tv Channel rights to live telecast Cricket World Cup 2019. Here you will find all the Tv Channels that will bring live coverage across the globe. 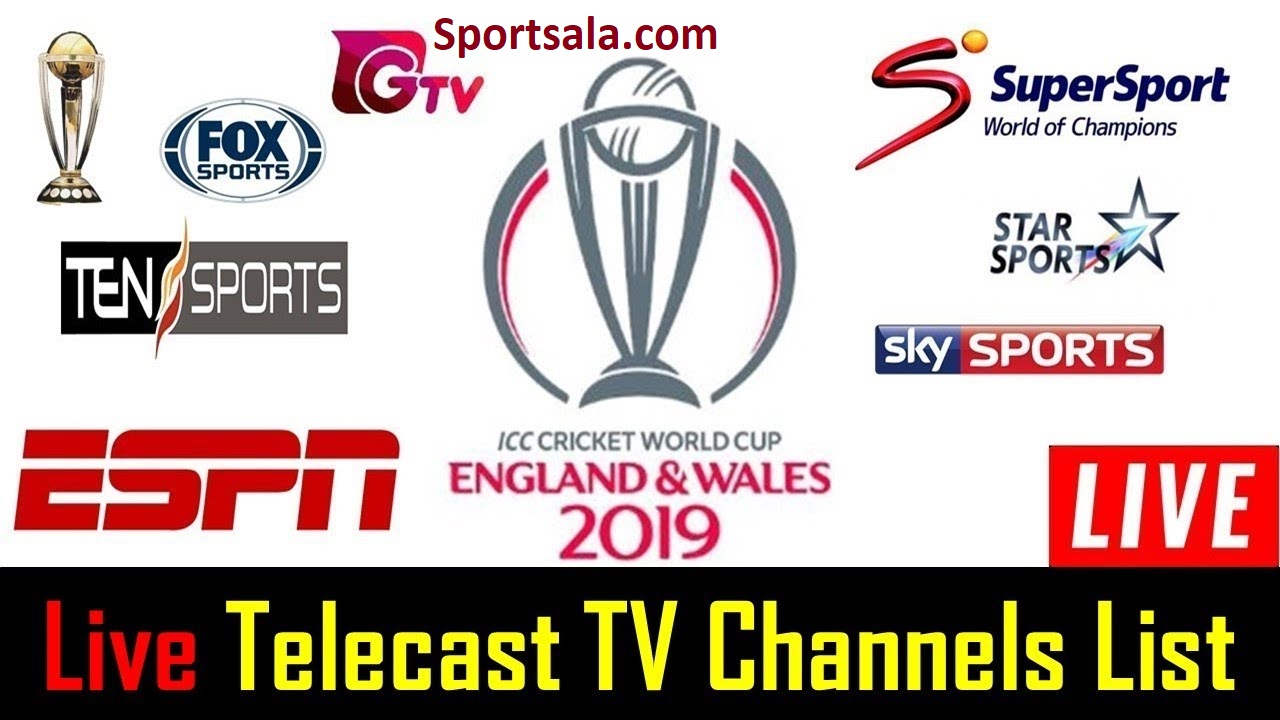 As per announcement of ICC, Cricket World Cup 2019 is scheduled to be held from 30 May in England & Wales. A total of 48 matches will be played in this season of World Cup to get the Champions. Moreover, ten teams will take part in CWC 2019 that are India, Australia, Pakistan, Sri Lanka, Bangladesh, Afghanistan, New Zealand, England, South Africa and West Indies.

We have compiles a list of all TV Channels and Live Cricket sites that will live stream World Cup Live matches in different countries. Check this list to know which TV Channel will broadcast Cricket World Cup 2019 Live in your country.

Willow Tv is one of the top live brands that bring live Cricket and highlights videos for the Live Cricket matches across the globe in U.S.A. However, Willow TV has attained the official live rights for ICC Cricket World Cup 2019 matches live in United States of America. Hence, the online cricket geeks from U.S.A can enjoy watching live CWC matches at Willow Tv.

Sky Sports Cricket in one of the top sports channel when it comes to cricket live coverage in United Kingdom. The Sky Sports Cricket is owned by the Sky Network in United Kingdom. This sports channel usually broadcasts England team cricket matches live for English cricket fans. However, Sky Sports will be live telecasting Cricket World Cup 2019 matches live in England.

So, if you are living in United Kingdom and want to watch Cricket World Cup 2019 matches live, you can switch your Tv set to Sky Sports Cricket to enjoy the live broadcast during Cricket World Cup.

Hence, if you are living in South Africa and want to watch the Cricket world Cup matches live, you can enjoy it at Super Sports. Moreover, the CWC 2019 Live will also be available at the official live site of Super Sport.

OSN Sports has acquired the official Live Tv channel rights for the Cricket World Cup 2019 in Middle East and North African countries. Hence, if you belong to any of the MENA country and want to watch live coverage for CWC 2019, you can enjoy live cricket action at OSN Sports Cricket HD.