The 2021 edition of ICC T20 Cricket World Cup is confirmed and will be hosted by UAE and Oman after the event is moved from India that was its pioneer venue due to crisis of COVID-19 in the country. The event is scheduled to be kicked off on 17th October and final will be played on 14th November, 2021.

Besides all this confirmation, the International Cricket Council (ICC) has also announced the format and structure of its mega event. This event is based on “Round Robin” structure and consists of different groups.

All the concerned details regarding Round 1 and the Super 12 stage is confirmed, you can take a look and can easily understand the format of T20 Cricket World Cup 2021. 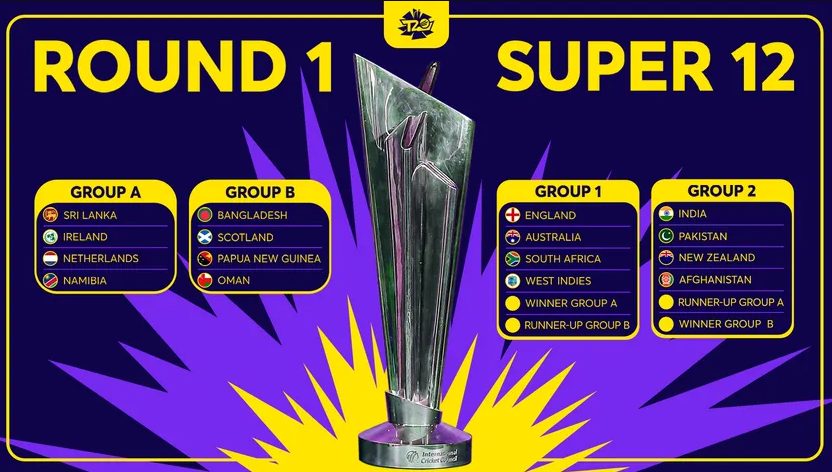 Despite of staying in the list of ranking of top eight T20 team, Sri Lanka still struggling and they will have to beat two teams to get access of Super 12 phase.

Sri Lanka lost back to back three T20 matches against England, but still they have a chance to improve their appearance for T20 World Cup by finishing a series against India on victorious notes.

Ireland and Sri Lanka might be the hot favorite in Group A, but yet there are other contenders that could perform pretty well.

Bangladesh, a big and confident team than ever is currently one of the dangerous teams in the entire T20 World Cup 2021. The minnows have played aggressively against Sri Lanka in recent games and defeated them with big margins. Bangladesh is currently confident as well as a strong contender with a team squad that is heavily in form.

On the other side, Scotland in Group B having 10th position in ICC T20 team rankings, while Bangladesh is hot favorite for top Group B in case they perform excellent and show their best possible performances to reach Super 12 stage.

The English team is looking forward to this event with confidence as they locked the championship of World Cup 2019 by defeating New Zealand in final match after thriller. England will land at UAE for T20 World Cup 2021 with same victorious squad under the leadership of Eoin Morgan. 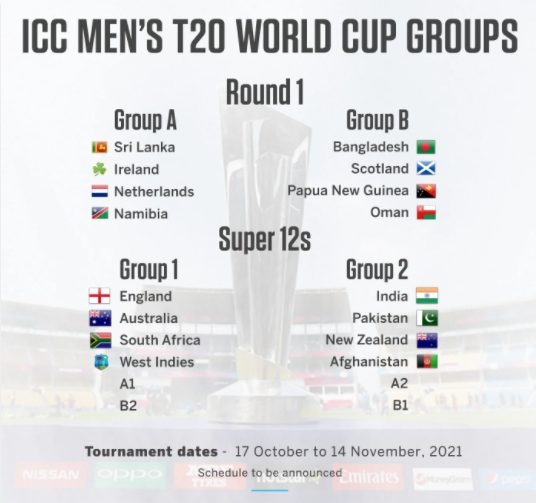 On the other side, England’ latest clean sweep against Sri Lanka in 3-Match T20 series might be fruitful for them to have a boost of confidence in T20 WC 2021 despite of being having a tough time by Pakistan in T20 series as well.

After migration of entire event from India to UAE, the Indian skipper Virat Kohli is going to adopt a different strategy for game play away home. Honestly speaking, the Indian team is currently doing great  in every department.

Indian players have some great practice session during IPL season, tour against England and other series helped them polishing their T20 skills and preparation as well.

On the other side, Pakistani team has also played plenty of T20 matches on victorious notes recently, while PSL has also given them countless benefits to judge them. India Pakistan clash is also a part of super 12 when the entire world would witness the history once again.