ICC T20 World Cup 2021 is the mega cricket event for the T20 format. Many cricketers have set Most Runs, Highest Wicket Taker, Most Sixes and Best bowling figure records in the previous season of T20 WC. We have made the list of all these T20 World Cup records. You can check ICC T20 World Cup Records here on this page. 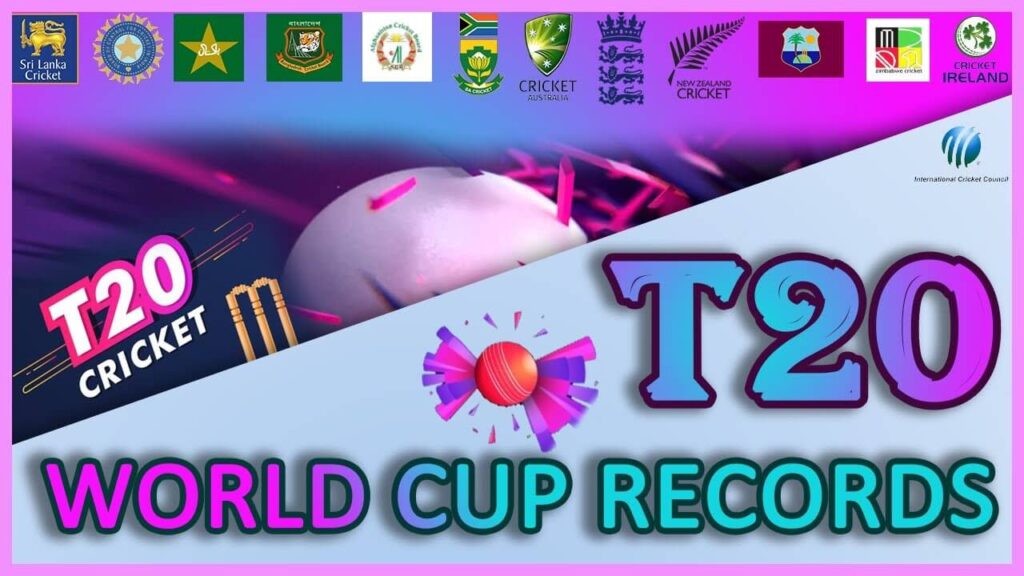 Mahela Jaywardene has most runs in ICC T20 World Cup. He is the only batsman to score 1,000+ runs in T20 WCs. During his career Jaywardene took part in 31 T20 World Cup matches and scored 1,016 runs with an average of 39.07. His high score remained 100 during this time and he scored 6 half centuries with one hundred in T20 World Cups.

Pakistani legendary cricketer Shahid Khan Afridi holds the record for most wickets in T20 World Cups. From 2007 to 2016, he attended 34 matches and picked 39 wickets with an average of 23.25.