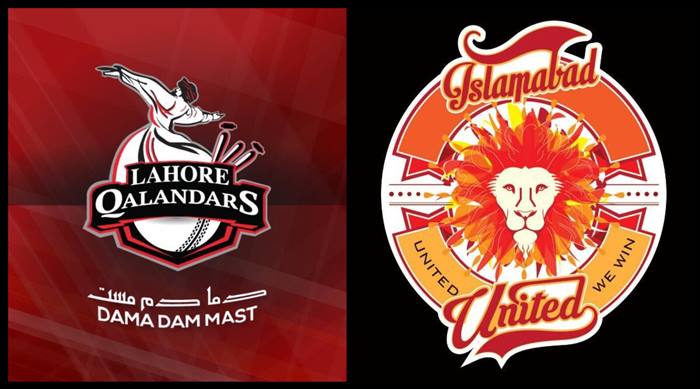 The inaugural match of resumed phase of Pakistan Super League 2021 is about to start and will be played between Islamabad United and Lahore Qalandars in Abu Dhabi kicking off on 5 PM (Local). Both the teams are quite confident and taking the advantage of pitches conditions on the behalf of difference of region.

Shifting PSL abandoned’ stage from Pakistan to the UAE was a big challenge and this task gone through patches of challenges, resistance and difficulties, but finally it’s happening.

The pioneer game of PSL’ new phase to be played at UAE, is more important for Lahore Qalandars as despite winning 3 games just like Islamabad, they are standing at 4th position because of their net run rate different. This time Lahore Qalandars has played extra ordinary innings in all matches so far and performed far better than their games in previous seasons of PSL since starting.

On the other side, Islamabad United got the players who are much experienced and fully aware of the pitch conditions at UAE. This is actually quite in the favor of Islamabad United as their squad is pretty composed along with boosted confidence.

On the other side, Lahore Qalandar will also go with a combination of all rounders and full time batters. Shaheen Shah, Tom Abell, Ben Dunk, Fakhar Zaman and Haris Rauf are the main members to go against IU tough front line.

Before stepping into the action, coaches and trainers of all the participating teams were much concerned about the extreme weather of Abu Dhabi. Strategy of combating with extremely hot weather was revealed and explained pretty well and they decided to use ice collars, coconut water and more breaks to deal with temperature more than 45 degree Celsius.

Today’ match will be played at night time and players won’t face many problems, but the actual concern is pitch condition. Keeping pitch conditions in mind, pacer and spinners might be effective in the 2nd innings because of more humidity.

Toss will definitely play a vital role as it is now a perfect for a team to win the toss and decide to chase the target in order to win the game. The percentage of winning more matches is depending more on chasing down the target.