With over 2 billion Viewership all over the world, India vs Pakistan matches are the holy grail in the game of Cricket. Not only Indians, but Pakistanis, Afghanistan’s and Bangladeshi Cricket fans always are eyeing for this big cricket clash. In the past, the two arch rival used to face each other in Bi-lateral Cricket Series. 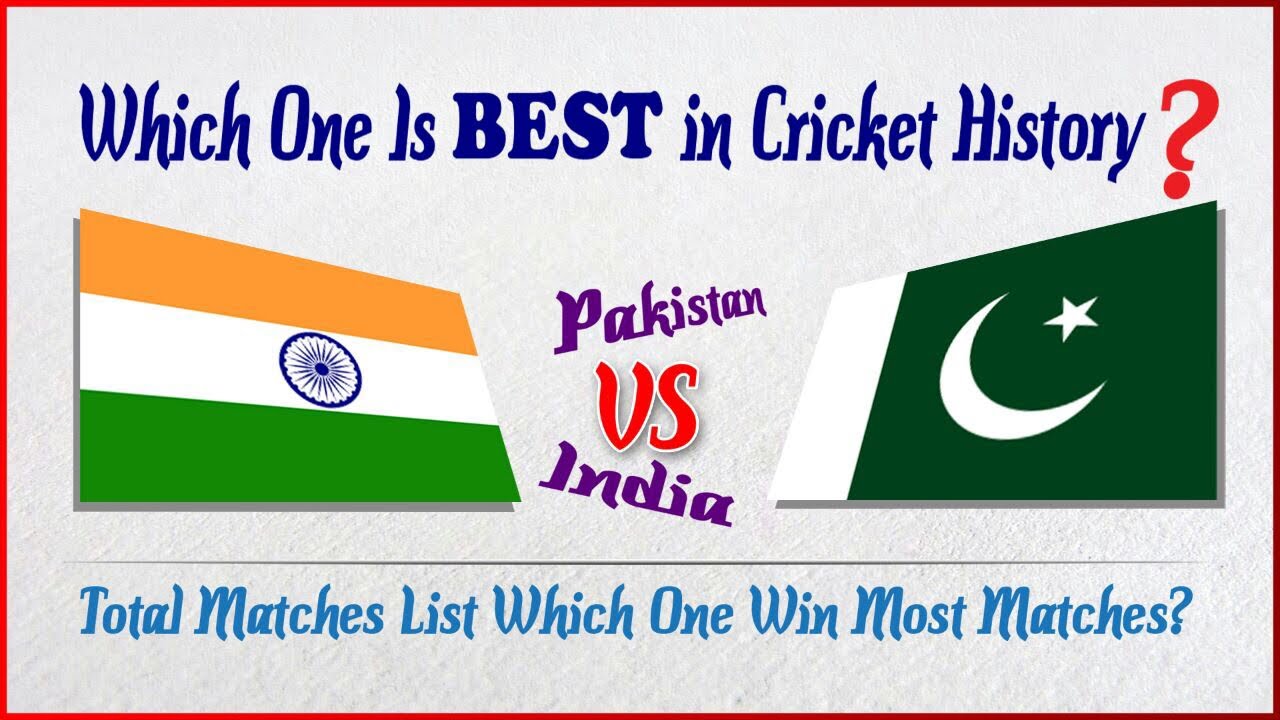 However, given their current relations, the two nations only come across in International ICC Events. Starting from 1952 when Pakistan toured India for the very first time, the two nations have long going on cricket rivarly after The Great Partition.

Their cricket conflict started from the very first Test series, when India outnumbered Pakistan by 2-1 in the five match test series. Decades have gone by since then, cricket have seen the age of ODI cricket to the T20 format. However, the vying spark between the two nations still remains the same.

The responsibility to make their nations Proud falls on the shoulders of Babar Azam and Virat Kohli this time. As, the two nations come across after a long time. This time, India will meet Pakistan in the 16th Match of Group 2 in Super 12 stage during T20 World Cup. The match will take place at Dubai International Cricket Stadium, Dubai on 24th October 2021.

Before this match, India met Pakistan 2 years ago in the 22nd Match of Cricket World Cup 2019. There, Men in Blue outclassed their competitors by 89 runs and continued their legacy of defeating Pakistan in Cricket World Cups with 7-0. Earlier, the Indian Cricket team also had beat Pakistan in Group and Super 4 stages of Asia Cup 2018.

It has been four years now, since Pakistan has defeated India in a Cricket match. Would they be able to change the course? We will find it out soon in the T20 World Cup 2021.

India vs Pakistan head to head in T20 Matches

India have met Pakistan in a total of 8 T20 matches only and they have defeated Pakistan in 7 of these games. It seems like India are a dominating force against Pakistan in the T20 Format.

India vs Pakistan Head to Head in T20 World Cups 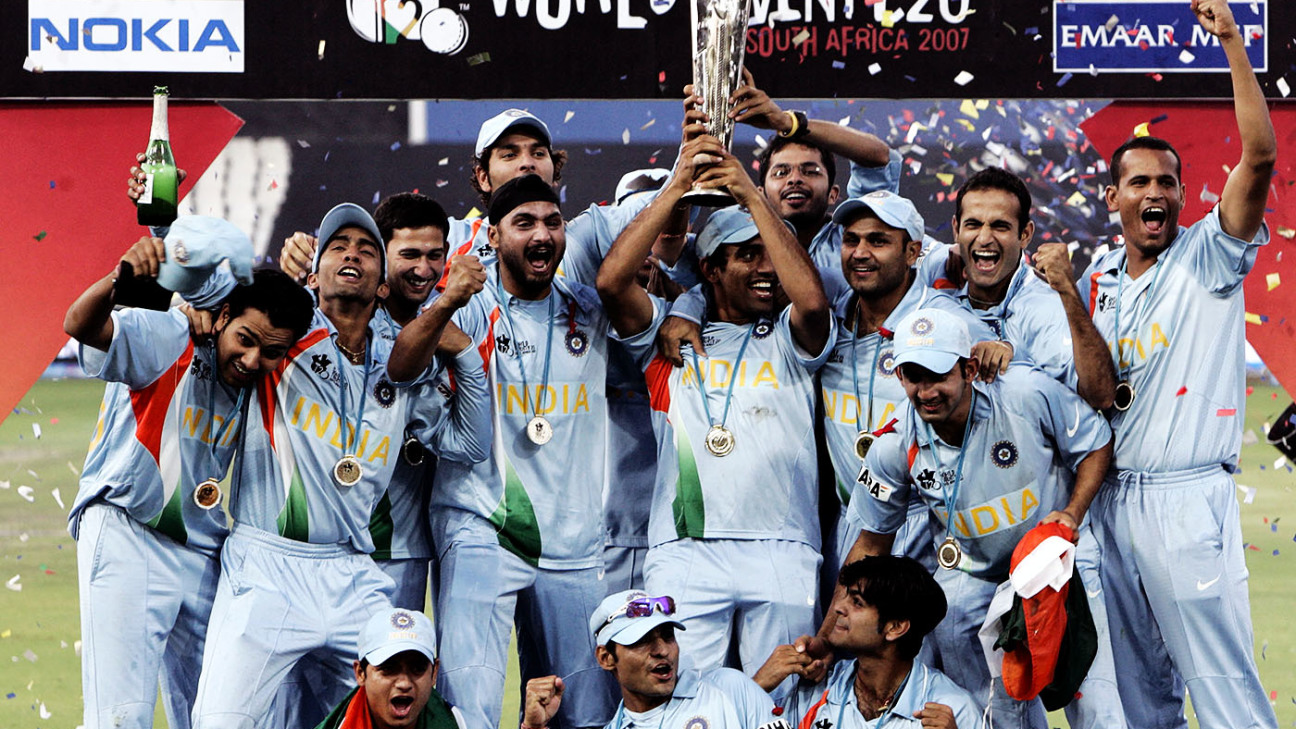 T20 World Cup 2007 was an epic clash in the history of Cricket as two arch rival India and Pakistan battled for the first ever T20 World Title in the Final. The match took place of Johanseburg City of South Africa on 24 September 2007. India posted a reasonable sum of 157 for 7 in 20 overs. However, Pakistan begun their chase in a jittery manner like they always do while chasing against India.

But, Misbah became the Super Hero for Pakistan for a short while by taking the match to the last ball. Had he pulled the last ball six successfully, Pakistan could have been the T20 World Cup 2007 champions. However, he was caught on the last ball and India won the match by 5 runs.

India and Pakistan did not face each other in T20 World Cup 2009 due to different groups. 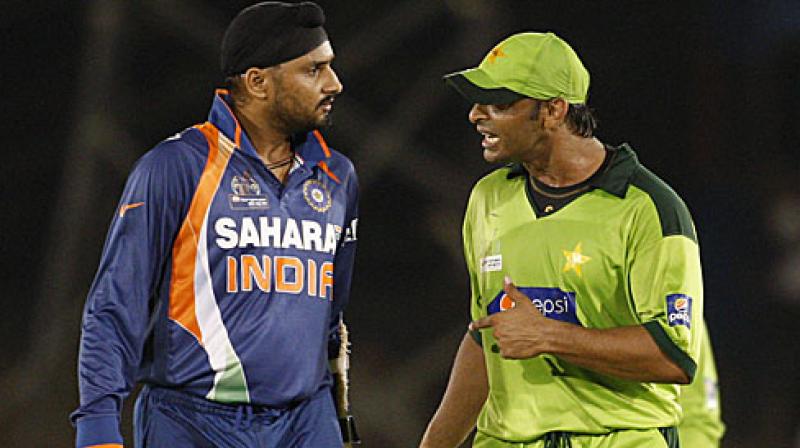 The 2nd Semi Final in T20 World Cup 2010 was again a historical cricket match in the history. India challenged Pakistan for a knockout challenge. They begun match by posting one of the highest Total in T20 Cricket history of 260 for 9 in 20 overs. Pakistan fought back bravely in the chase by posting 231 all out in 49.5. But, they fell short 29 runs and hence Once again India remained victorious.

India and Pakistan once again challenged each other in the T20 World Cup 2012. They came across in the Group 2 match of Super 10 stage. Pakistan posted a short sum of 128 against India in 20 overs. This became an easy chase for India as the Men in Blue happily raced to the target in 17th over with eight wickets to spare. As a result, India won the 3rd T20 World Cup match against Pakistan. 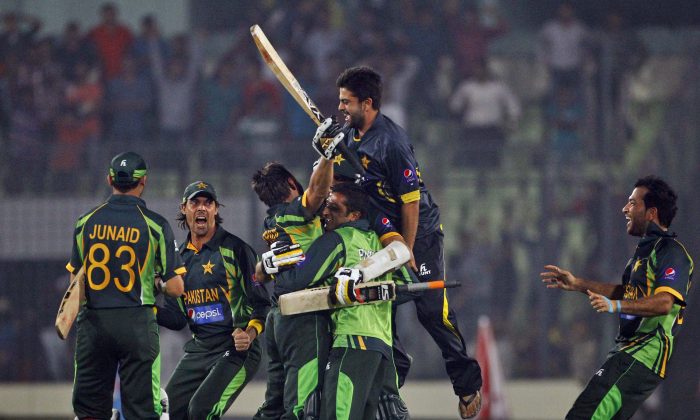 India vs Pakistan T20 World Cup 2016 was another splendid victory for India. The match took place at Kolkata City of India on 19th March 2016. Pakistan scored 118 runs for the cost of 5 wickets in 20 overs. In return, India chased the total after a hasty start in the beginning for the cost of 4 wickets. As a result, India won T20 World Cup 2016 match against Pakistan by 6 wickets.

Virat Kohli is the captain of Indian Cricket team. Whereas, Shikhar Dhawan likes to open with Ruturaj Gaikwad for India in the T20 format. The Indian Skipper Virat Kolhi comes down on the 3rd place and usually scores most of the runs for Indian Cricket team if Top order fails. Moreover, the Indian Wicket keeper Sanju Samson likes to play on the 4th or 5th spot in T20 format.

As a collective effort of Top and Middle Order, Indian Cricket team always in position to go for big totals provided by late hitting from the tail enders. Whereas, Bhuvneshwar Kumar, Varun Chakravarthy, Sandeep Warrier, Rahul Chahar and Kuldeep Yadav take the reasonability of the bowling department. 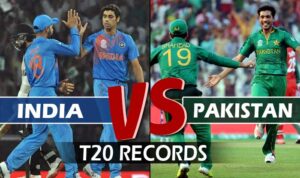 They go for early wickets and quality bowling in the death overs. As a result, India can pull a win from the critical moments of the match. On the other side, Babar Azam is the captain of Pakistan Cricket team. He likes to open for Pakistan Cricket team with Mohammad Rizwan who also has seen rise on T20 Batsman rankings in recent time.

The pair is followed by Fakhar Zaman, Sharjeel Khan and Mohammad Hafeez in the middle order. As a result, Pakistan is always looking for good totals. Apart from it, some classic hitting from tail enders like Shadab Khan, Faheem Ashraf and Hassan Ali is always on the card.

The bowling department of Pakistan Cricket team is ruled by Shaheen Shah Afridi. He along with Hassan Ali, Shadab Khan and Usman Qadir are a deadly bowling attack to face for any team.

How To Watch India vs Pakistan T20 World Cup 2021 Match Live in India?

Therefore, if you want to enjoy Ind vs Pak T20 WC 2021 Live stream, you should tune into Star Sports on your TV Screens and Login to Hot Star on your mobile screens.

Where to Watch India vs Pakistan T20 World Cup 2021 match in Pakistan?

Here is the list of all the official TV channels who have acquired India vs Pakistan T20 World Cup 2021 live broadcast rights to live telecast this match in different territories.