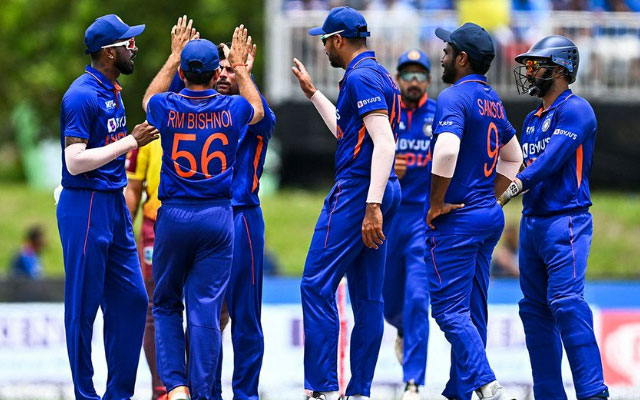 After handing the defending champions Australia a humiliating 2-1 loss, the Men in Blue will play South Africa in the first Twenty20 International on September 28th, 2022. However, it’s not as simple as it seems, as Proteas are invincible in the current cricketing calendar.

South Africa is poised to begin their official tour of India that comprises 3-T20 and 3-ODI matches. They just finished a productive series against England in which they prevailed in the T20 series by a score of 2-1 over the host team. Notably, the Proteas continue to dominate their matchups with India, having not suffered a bilateral series loss since 2015.

In contrast, Rohit-led India is in the hot waters since after being knocked out of the 2022 Asia Cup. Nevertheless, they retaliated and won the home series against Australia by 2-1. Even though its major batsmen like Kohli, Suryakumar, and Rahul are recovering from their slumps, Team India is still concerned about death bowling.

The most-anticipated ICC Men’s T20 World Cup is scheduled to begin in October 2022, and nearly every participant is currently playing bilateral series to give their preparations its final outlines. In such a situation, the two cricketing powerhouses, South Africa and India, are strapping up to go head-to-head.

Team India has finished their three-match T20 series against Australia, winning the majority of their matches. Of course, they continued to perform well throughout that entire series. Along with all-rounders Pandya and Chahal, their top hitters KL Rahul, Virat Kohli, and Suryakumar appeared to be in fantastic form. Unfortunately, India’s speed attack needs more attention because, during the just-completed series, none of their bowlers stood out, particularly in the depth overs.

South Africa is unbeatable during the current cricket season. The squad recently wrapped up its successful tour of England, and they are expecting to get things started on Indian soil with just as much fervor and intrigue. It is important to note that since 2015, the Proteas have never lost against India in a bilateral series, and they are happy to keep this record intact.

Cricket analysts are predicting a high-scoring contest between South Africa and India. Indeed, both teams have potent T20 batters, despite their bowling assaults being only marginally over average. But South Africa has a lopsided advantage in the winning chances. The odds of Team India winning this game increase by 70% if they can contain the ferocious Proteas batting lineup to an average total of somewhere between 150 and 160.

The experienced Rohit Sharma will lead Men in Blue in this series, while Proteas will play under the captaincy of Temba Bavuma. Team India has the likes of Japrit Bumrah, Bhuvneshwar Kumar, and Arshdeep Singh in their bowling department. In contrast, the onus of bowling will be on Agidi, Rabada, and Parnell.