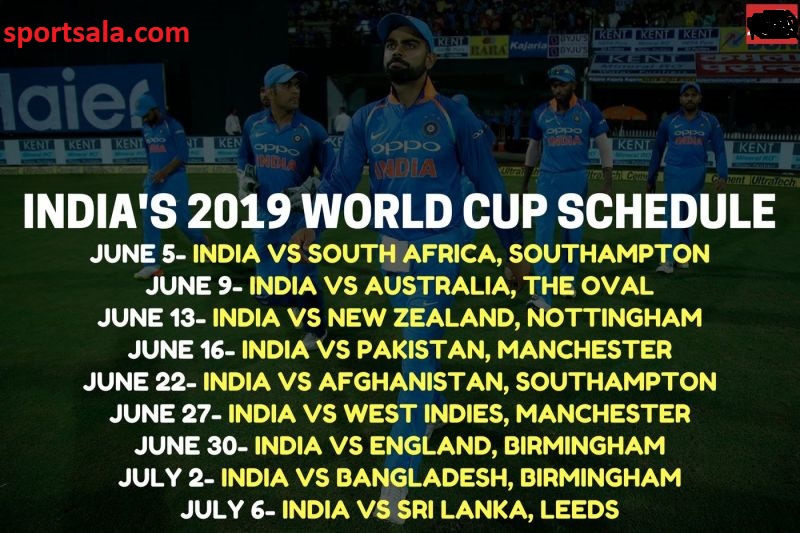 Team India is one of the ten teams which will be participating in the ICC Cricket World Cup 2019. The full schedule has been announced by the International Cricket Council. Team India will play its first match against South Africa at The Rose Bowl, Southampton on 5 January 2019. Rest of the schedule for Team India will be as follow:

India has won the ICC Cricket World Cup two times. The first time they claimed the CWC was in 1983, when legendary cricketer Kapil Dev was leading. The second time India took the ICC Cricket World Cup was in 2011, when India defeated Sri Lanka by six wickets. MS Dhoni led India played incredible cricket despite all the odds and claimed the CWC title for the second time.

Still, MS Dhoni will be playing for India, however Virat Kohli is expected captain of team India in CWC 2019. The likes of Shekhar Dhawan and Rohit Sharma are good for opening partners. But, the responsibility will fall on Indian pace attack, how they ball on the bouncy pitches of England, will determine how India rolls in this season of Cricket World Cup.