Internet flooded with praising remarks after a majestic bowling spell from fast bowler ” Mohammad Abbas” in the ongoing test against Australia. So far, Abbas has took 16 wickets in the two test and the 2nd test is still going on. The right arm fast bowler did a marvelous job with his furious fast bowling on the dead pitches. He took 7 wickets in the first test and he has claimed 9 wicket till now. Australia still needs 383 runs on the 4th Day of the test, while they have three wickets in hand. 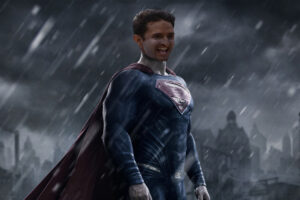 For his outstanding bowling performance in the ongoing test series, the legendary cricketers praised his bowling with following remarks:

It’s still early to compare Abbas with the greats of the game but his set up to out smart opponents is as beguiling as Shane Warnes was!!

It’s still early to compare Abbas with the greats of the game but his set up to out smart opponents is as beguiling as Shane Warnes was!!

Such word from an Indian, are the prove, that Abbas is bowling splendidly well. As, Indians do not always praise Pakistani, due to the long lasting rivalry between India and Pakistan.

Will they rename Yas Island as Abbas Island ? #PakvAus

Well, the list goes on. Abbas has just completed his 10 wickets haul in the 2nd test, as we write this post. Such words of positive feedback from the legendary cricketers, show that, Abbas is going to be a real asset for Pakistan team.

Pakistan is said to be the number 1 factory for producing fast bowlers such as Wasim Akram, Waqar Younis, Shoaib Akhtar, Mohammad Amir, Hassan Ali, Mohammad Asif and Abbas is just a new recruit for the pace bowling attack.

We have also read some jokes about the Green Superman on the internet about Abbas, we will qoute few of them here.

1- Only Abbas can come out of a Black hole.

2- Abbas can stop the Juggernaut with his little finger.

3- Abbas has defeated the Hulk, twice.

4- Abbas wielded the Thor’s Hammer when he was a child.

So, what is your say about Mohammad Abbas as a Superman? Tell us about it i comments.!!!