Jasprit Bhumrah has picked up his first test Hat-Trick against West Indies in the ongoing 2nd Test match for India tour of West Indies 2019. With this marvelous performance, Bhumrah become the third Indian bowler to pick up a test hat-trick. Before him, Harbajhan Singh bagged his test hat-trick against Australia in 2001 and Irfan Pathan listed his name when he grabbed three wickets against Pakistan in 2006. Now, Bhumrah Joins the legends after almost a decade.

Watch All the three wickets of Bhumrah test Hat-Trick against West Indies here:

All the Test Hat-Tricks by Indian Bowlers: 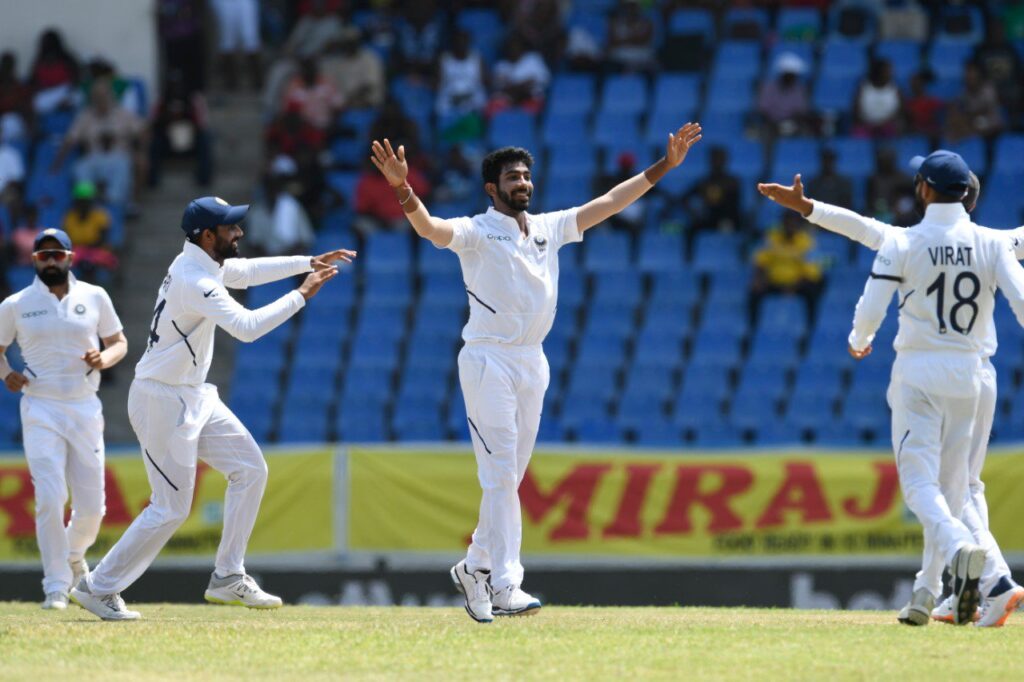 Bhumrah also have taken four five wickets hauls against South Africa, England, Australia and West Indies in the test cricket format. Surprisingly he did all this fantastic tasks in short career of only 12 tests. Cricket Fans are wondering what more achievements will he get when he plays more than 100 tests for India.

Congratulations Bhumrah! You Made India Proud.