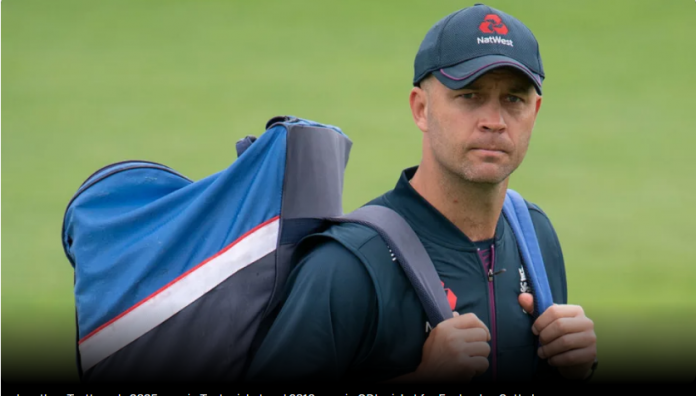 Just In: Afghanistan Cricket Board has appointed former England middle-order batsman Jonathan Trott as their new Head Coach. Before him, Graham Thorpe was performing his duties as a coach for the team however; he has stepped down from the designation due to health issues.

Trott will join the Afghan Team during their upcoming Tour of Ireland in August, where they will play 5-T20-Internationals. After that tour, Afghanistan will appear in Asia Cup 2022 and World Cup 2022 respectively.

Jonathan Trott has shared this news on his Official Twitter Account. He stated, “It’s an honor for me to coach one of the International’s Cricket Most Thrilling Team, and it’s a huge year for their development as a team”

Jonathan Trott is among the Most-Experienced and Successful Batsmen in Cricketing World. He has played over 200-ODIs for the English side. He has also worked as a Batting Coach for the England Cricket Team in 2021.

Afghanistan Cricket Team is having a busy cricketing season. They are ready to start their tour of Ireland before appearing in Asia Cup and ICC World Cup 2022. Trott will take on his role as a Head Coach before the end of July 2022.

His name comes under consideration after Graham Thorpe, the previous head coach of the Afghan side, has withdrawn from his position due to poor health conditions. The 41-years old Trott has happily accepted the offer to work as Head Coach for Afghanistan Cricket Team.