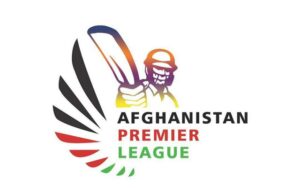 Kandahar Knights are all set to take on Nangarhar Leopards in the 2nd T20 match. Their team consists of both National and foreign players. Moreover, Knights will be captained by Asghar Afghan. Apart from him, some foreign players such as Brendon McCullum, Paul Stirling, Soumya Sarkar, Kevin O Brien and Tymal Mills are also playing for Kandahar Knights.

On the other side, Ben Cutting will lead the Nangarhar Leopards in this epic clash. Apart from him, some international T20 specialists are also playing in the Nangarhar Squad such as, Andre Fletcher, Johnson Charles, Anton Devcich,  Andre Russell and Mitchell McClenaghan.

Kandahar Knights will win. Though, it is the first match of Knigths in the long adventure of APL, but they will win this match. They have quality hitters in their squad, that will make sure that their teams claims the victory.

On the other side, Leopards will look forward for the victory. Their pace bowling attack is so strong and if the odds go in their favor, they will take away victory from Knights.