The official Logo for the Lahore Qalandars is for PSL 2019 is designed to represent Qalandars. It is a man dancing Sufi dance (dhamal). The wickets are printed behind the Qalandar Man in the log. While, the cricket ball is placed in front of the wickets. Lahore Qalandars name is written above the ball. 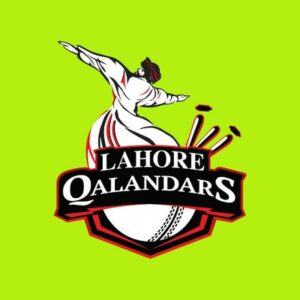