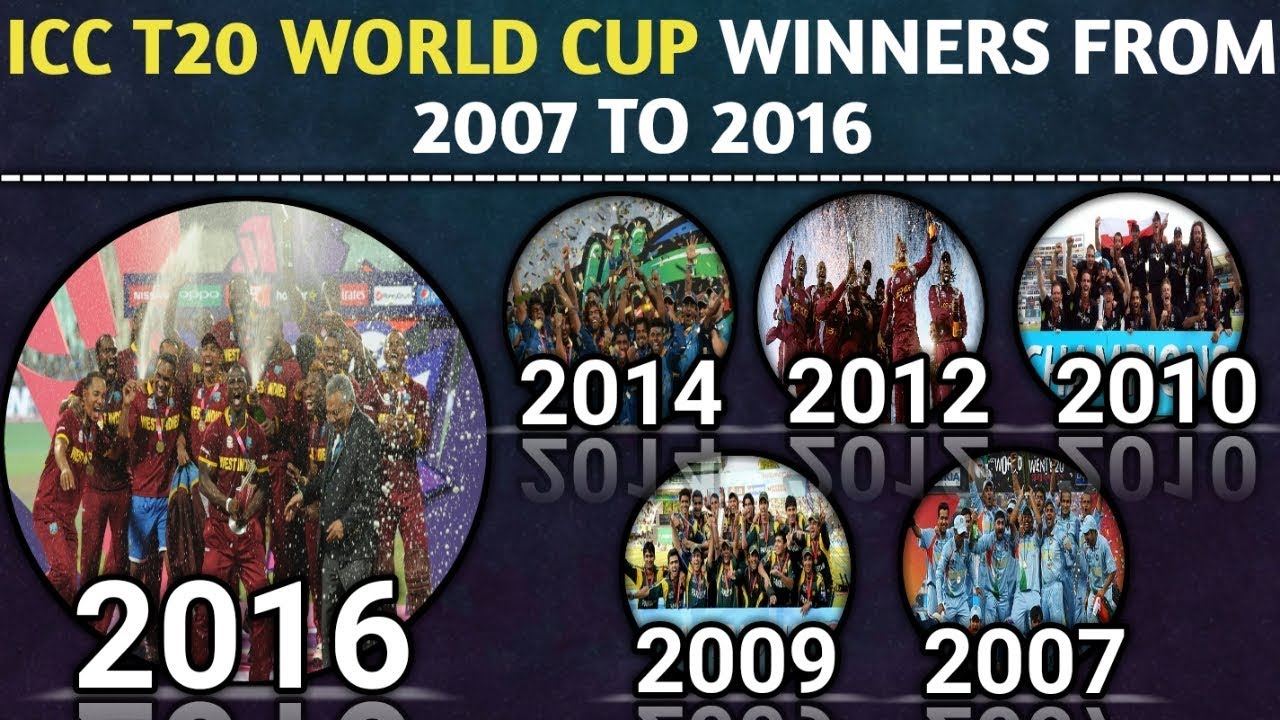 ICC started T20 World Cup in 2007 to entertain cricket fans around the globe. Till yet, seen seasons of T20 WC have successfully been hosted by International Cricket Council, and T20 World Cup 2022 will be the eighth.

Each season of the T20 World Cup was won by the most dominating team that excelled in all the departments of cricket. Here is the list of ICC T20 World Cup 2022 Past Winners List.

Apart from it, India, Pakistan, England, Sri Lanka, and Australia have also won the T20 World Cup title for one time. Here is the complete list of ICC T20 World Cup seasons and the winning teams.

India became the first-ever team in T20 Cricket history to win the T20 World Cup in 2007. They defeated their arch rivals Pakistan in the final match by 5 runs. The T20 World Cup 2007 final was held at Wanderers Stadium, Johannesburg on 24th September 2007. 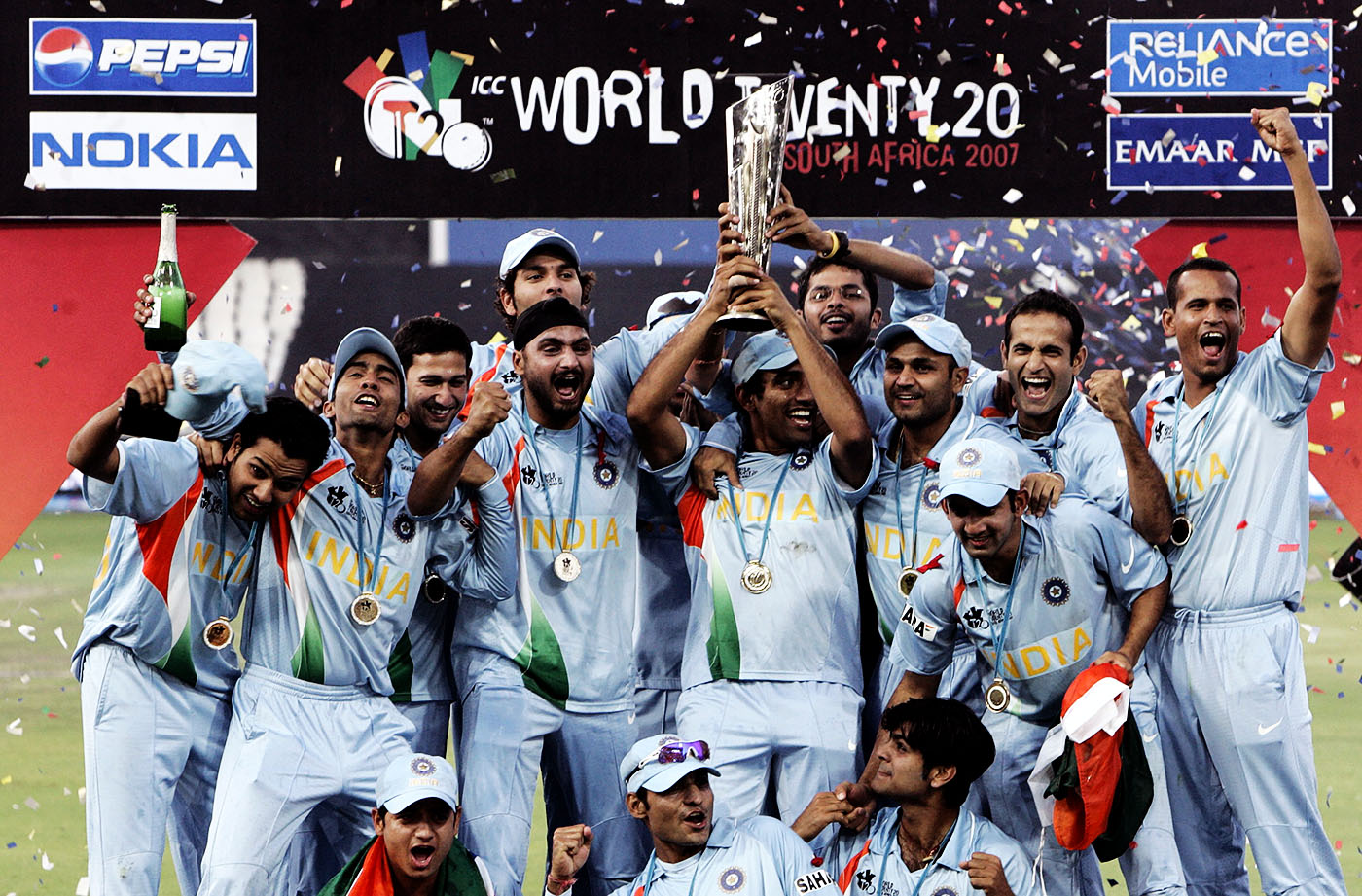 After winning the toss India decided to bat first against. In 20 overs, the Indian batting lineup set up a handsome total of 157/5 while batting first against Pakistan.

However, Pakistan started its chase in a jittery fashion. They lost a few wickets in the early overs, But Misbahul Haq took the match to the last over. Pakistan needed 5 runs on the last ball, but Misbahul Haq while going for a six was caught out. Therefore, India won the T20 World Cup 2007 in a Stylish fashion. 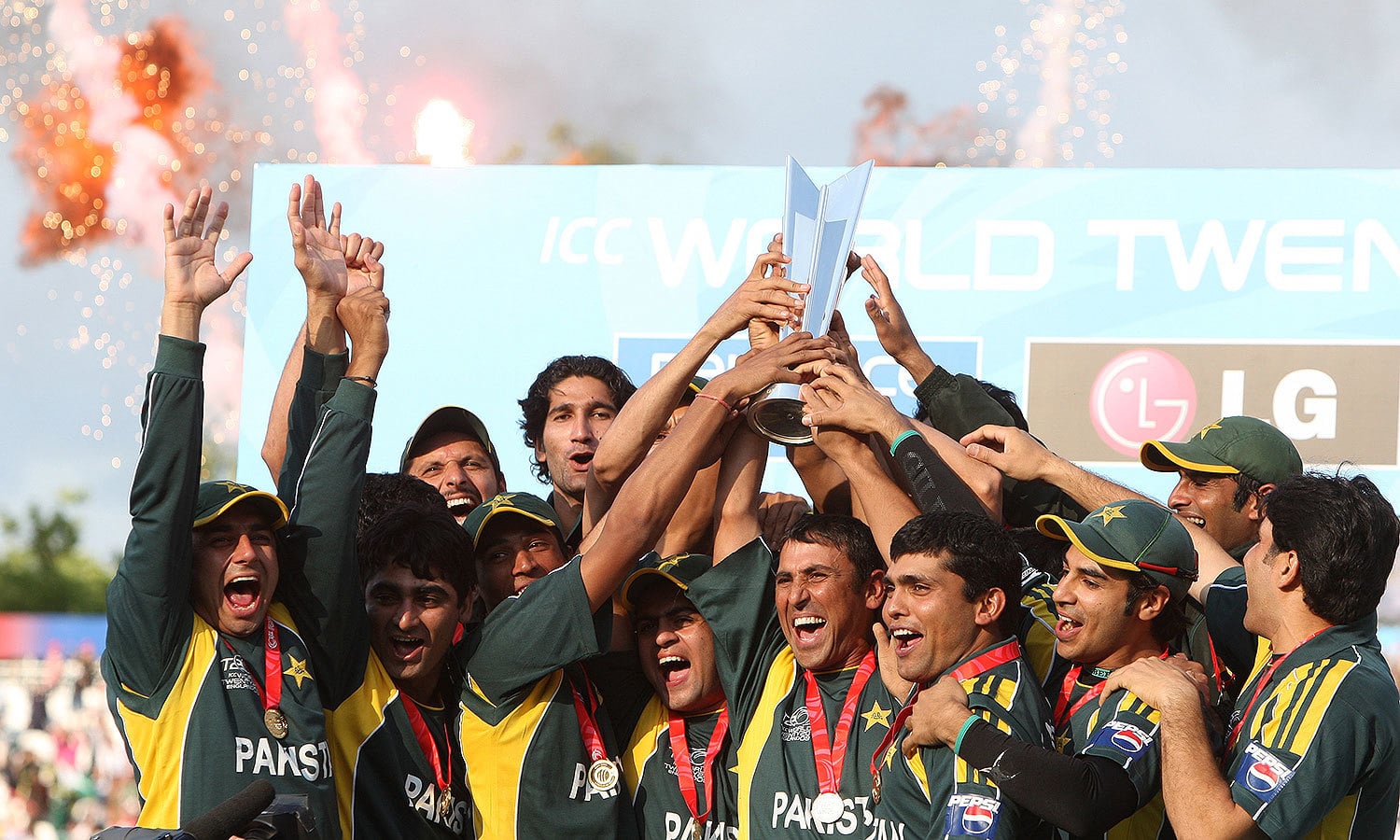 After winning the toss, Sri Lanka opted to bat first against Pakistan. However, they had a broken start and only managed to set a short total of 138/6 while batting first.

In return, Pakistan lost both openers in the chase but excellent half-centuries from Shahid Afridi and Shoaib lead Pakistan to a stunning victory by eight wickets. This is how Pakistan became the 2nd Champions of the T20 World Title.

After participating in 9 Cricket World Cups, England lifted their first-ever ICC title in 2010. They became the 3rd World T20 Champions by defeating their arch-rival Australia in the T20 World Cup 2010 final match. T20 WC 2010 final was hosted at Kensington Oval, Bridgetown, Barbados on 16 May 2010. 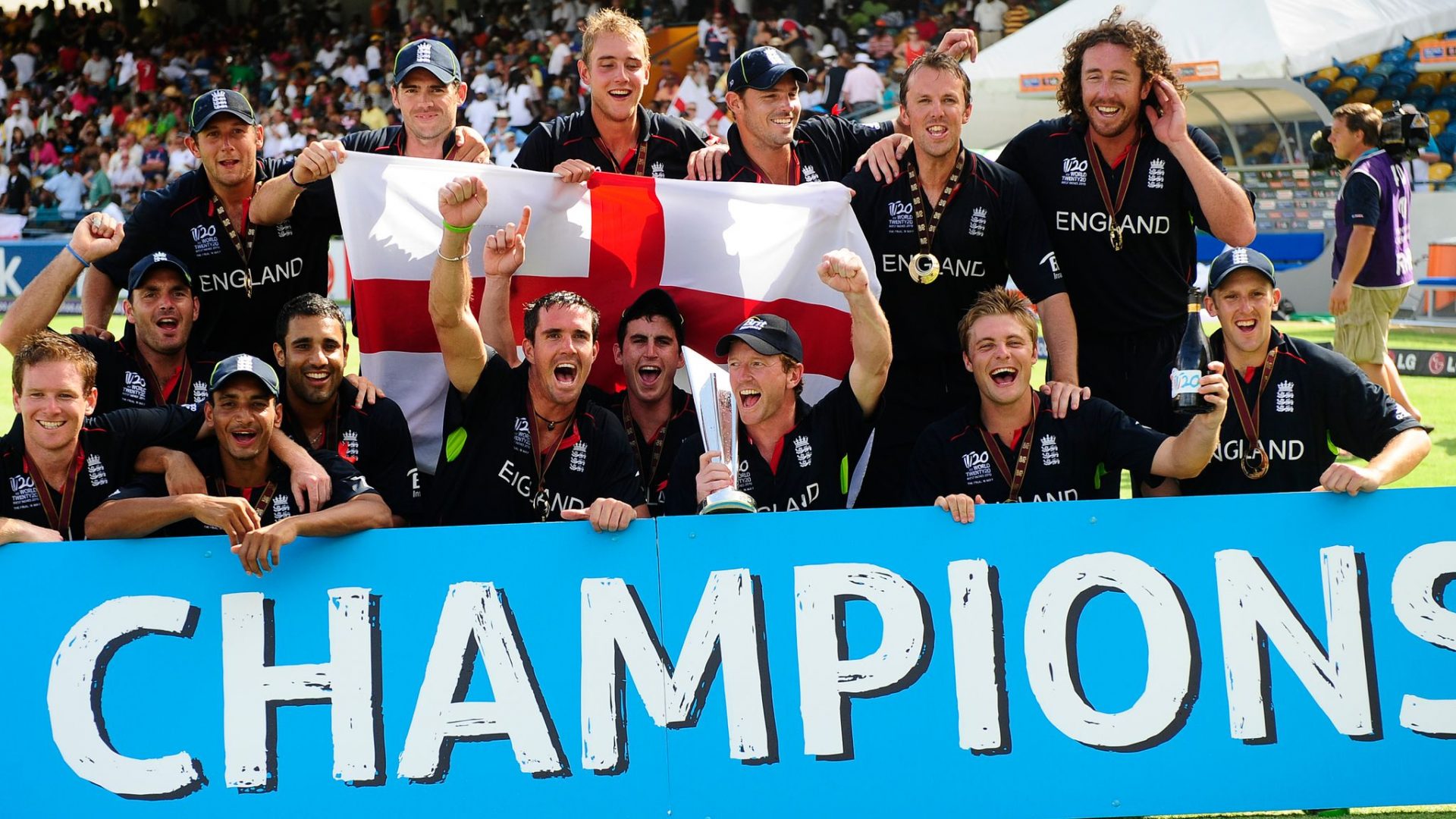 After winning the toss, England invited Australia to bat first. A poor performance from the Australian top and middle order, helped England to restrict Australia at a reasonable total of 147/6 in 20 overs.

England went brutal in the chase and run down the target in 17 overs for the cost of three wickets. As a result, England won the T20 World Cup 2010 tournament final. 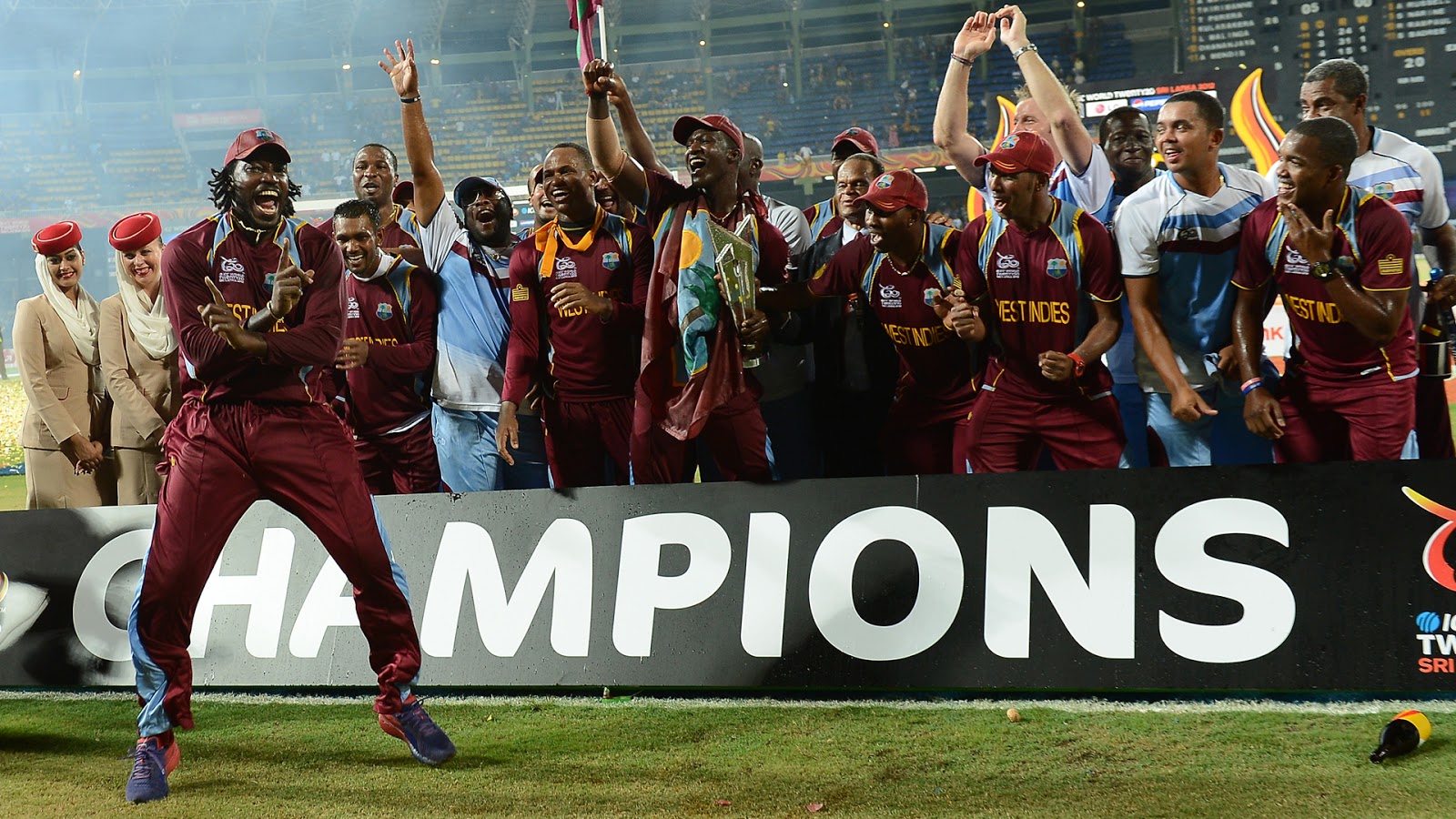 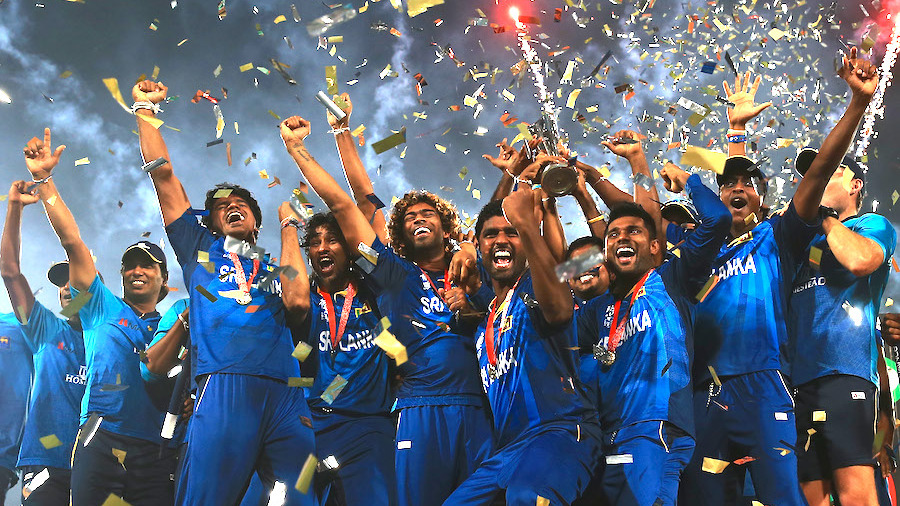 Sri Lanka won the toss and invited India to bat first. Due to the poor performance from the top and middle order, India set a lower total of 130/4 in 20 overs while batting first against Sri Lanka.

However, Sri Lanka dominated the Indian batting lineup and chased down the target in the 17th over for the cost of 4 wickets. This is how Sri Lanka became the 5th Champion of the T20 World Cup.