Breaking News! Marylebone Cricket Club have arrived in Pakistan under the captaincy of Kumar Sangakra. Pakistan will be hosting three T20s and a single one day match in this tour for MCC. On this historical occasion, the president and captain of MCC Kumar Sangakara spoke to the press.

I have immensely wonderful memories of playing in Pakistan, especially Lahore. In the Asian Test Championship finals in 2002, playing against greats like Waqar Younis, also Shoaib Akhtar, Sami, Razzaq, Shoaib Malik, they all played alongside Inzamam.

I think all Sri Lankan players who were here in 2009 would love to come back. A few have come in their private capacity but even together, the players will definitely be willing to come back. We’ve great memories of playing in Pakistan & touring here.

Security is a concern everywhere, not just in Pakistan. Pakistan is a Safe Country for Cricket. The spirit of cricket transcends most barriers that sometimes keep nations and people apart.

I am happy that we are able to do our part to try and encourage countries to look at Pakistan as one the best cricketing destinations. It has been in the past and I am sure it will be again very soon.

It’s vital to have home games. Cricket belongs to everyone. You need to have youngsters getting inspired to take up the game. If there is no home cricket then there is a danger that kind of hunger might go away.

I’ve played against some great players of Pakistan likewise Wasim Waqar Inzamam Shoaib. Playing cricket infront of your home crowd is a great feeling. Unf Pakistani cricketers remained deprived of playing in Pakistan for years which was disappointing thought.

We are excited to play in front of Pakistan crowd. MCC’s Tour to Pakistan is aimed to keep alive the spirit of the Cricket.

Today if Babar was not able to play cricket infront of home crowd, or to not have their names at their own honor boards was a shame. Home matches play an important role in the promotion of a sport in any country. International cricket needs a strong Pakistan team and that is why we need competitive matches to be staged in the country.

The more cricket you play at home, the more times young children & the fabulous fans of Pakistan can see their team, their players play in front of them within almost touching distance. That’s great for the game and the country, and for the global game.

Pakistani people are some of the most hospitable people I’ve ever met. Every time we toured here I’ve had wonderful memories. The food, people, culture, traditions are wonderful & there’s so much to love about coming here, visiting & playing here.

Earlier on, The Team members of MCC were snapped on Lahore Airport, after they landed in Pakistan. 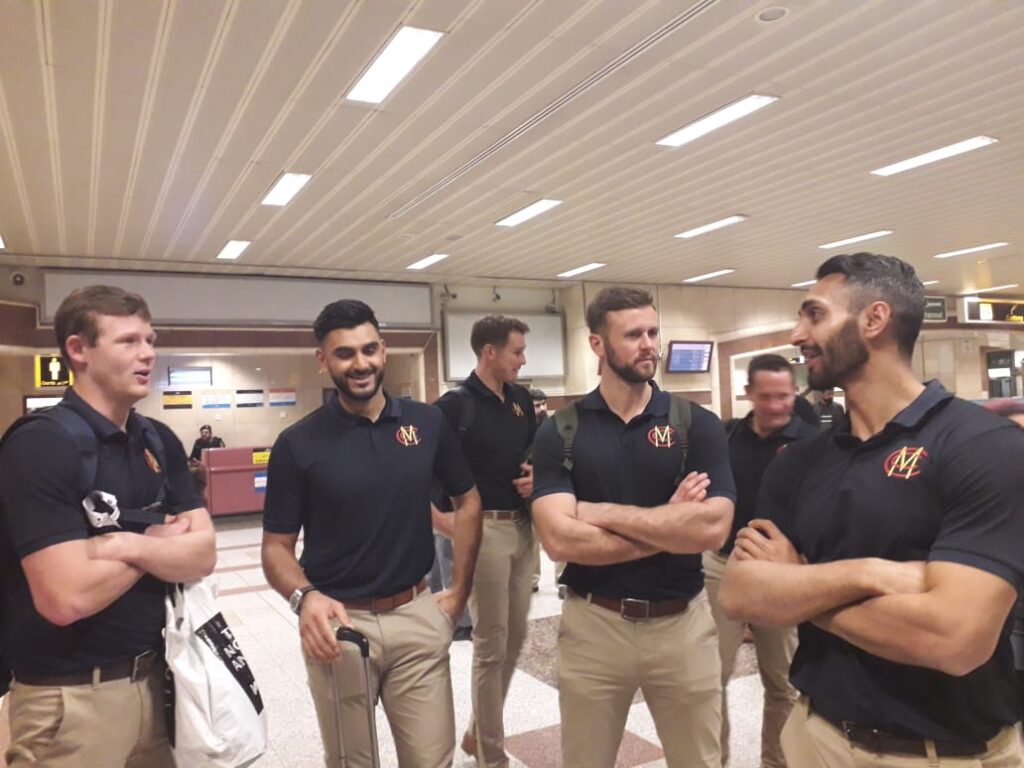 MCC is all set to play three T20s and an only ODI match in Pakistan. The first T20 match in this tour will take place tomorrow between MCC and Lahore Qalandars.