Following the exciting visits of Sri Lanka and Bangladesh, another good news is also waiting for the Pakistani Cricket fans. As, the Custodians of Cricket itself arrive at Pakistan to play a cricket series of three T20s and a single one Day match. This will be the first visit of MCC after a long time of five decades. MCC will play against Lahore Qalandars, Pakistan Shaheens, Northern and Multan Sultans in this 2020 visit to Pakistan. The MCC tour of Pakistan 2020 schedule will be as: 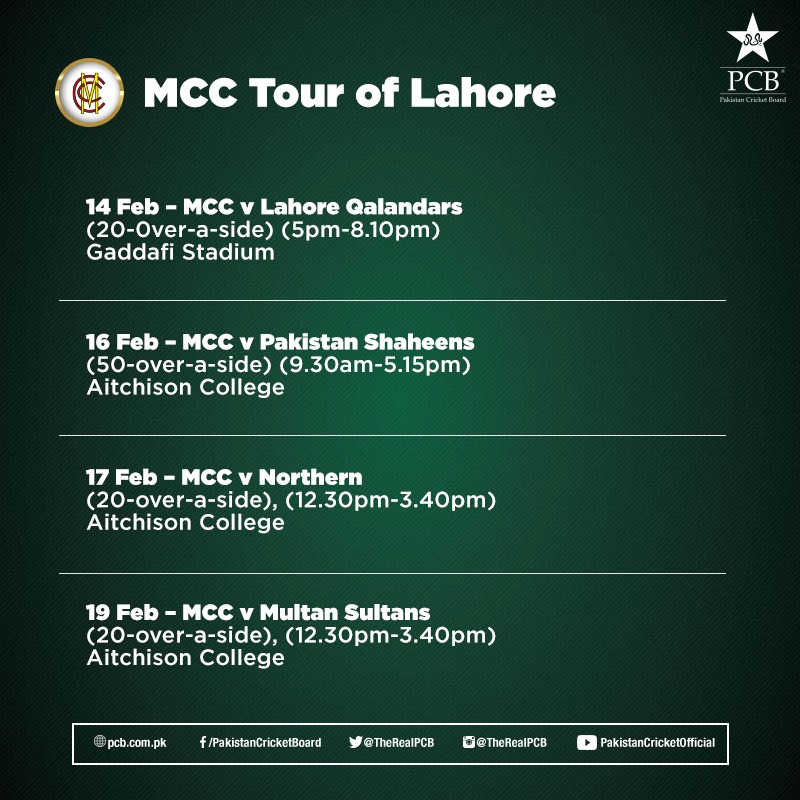 Marylebone Cricket Club (MCC) is a cricket Club which owns the Lords cricket Stadium (the home of Cricket). This Cricket club was founded in 1787 and the following year they wrote down the code of laws cricket. In 1814, MCC moved up to a new rural cricket ground, named today as The Lord’s. Since, then The Lord’s is the home ground of MCC.

In 1967 a team of Under 25 Players from Marylebone Cricket Club visited Pakistan to play seven four-day matches against Pakistan U-25 Teams. Surprisingly, MCC won this U25 cricket tour by 6-0 against Pakistan teams and one match was drawn.