Pakistani star Mohammad Amir has confirmed that he is going to rejoin Pakistan’ national cricket team after taking his decision of retirement back. Former left-arm fast bowler announced on Monday that he had serious issues with the current management, but now he is available to play after the issues are fixed and dust of stress has been settled down. 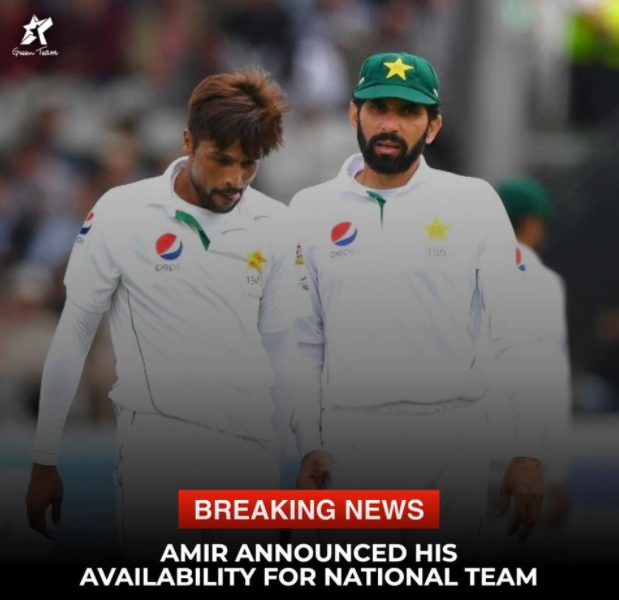 The entire incident and story behind is decision’s revert is still a myth, but a tinny part of it is explained by Mohammad Amir himself. He said, “CEO of Pakistan Cricket Board (PCB) personally visited my house which is an honor for me”.

He also added that “PSL (Pakistan Super League) is now important and solidly conditional for them to be part of national side which is a wrong and unjustified trend”.

Giving an interview to a local new channel, he said that people have given wrong directions to my intentions. If justify my verdicts, then people started to speculate that as per their own interest.

“Nothing is more important and above my country Pakistan and if my reservations are met properly, then I can be available for Pakistan on permanent basis” he explained.

The former pacer announced his retirement exactly 6 months before and this decision was taken storm in cricket world, and now there are thousands of fans who are happy after his comeback.

Pakistan’s premium batsman Babar Azam and skipper also tried to convince Mohammad Amir on withdraw the decision of retirement. This is the result of mutual efforts of former, but close of Amir cricketers and PCB higher officials.