The officials of Multan Sultan Franchise have launched official team kit for Pakistani Super League 2018 season. Multan Sultans is the 6th franchise added back in 2017 and will play their inaugural (Pioneer) season of Pakistan Super League. 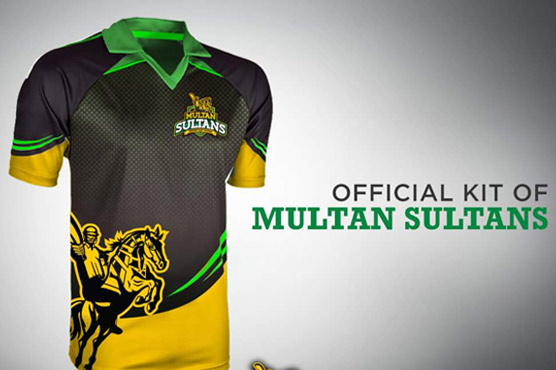 As you can see the images of Multan Sultans Team kit/jersey 2018, dark green color is used along with Golden color. The logo of Multan Sultans team jersey is quite similar to the team of IPL which is named as Kolkata Knight Riders. A batsman is sitting on a horse showing a bat, which shows aggressive and attacking attitude towards it’s competitors.

Formally known as “Sultan of Swing” Wasim Akram has been appointed as “Director of Team Operations” for Multan Sultans franchise, while he could be bowling coach too. PSL Season 3 is going to be started on 22nd February, 2018 and will be broadcast Live on PTV Sports in Pakistan & UAE.