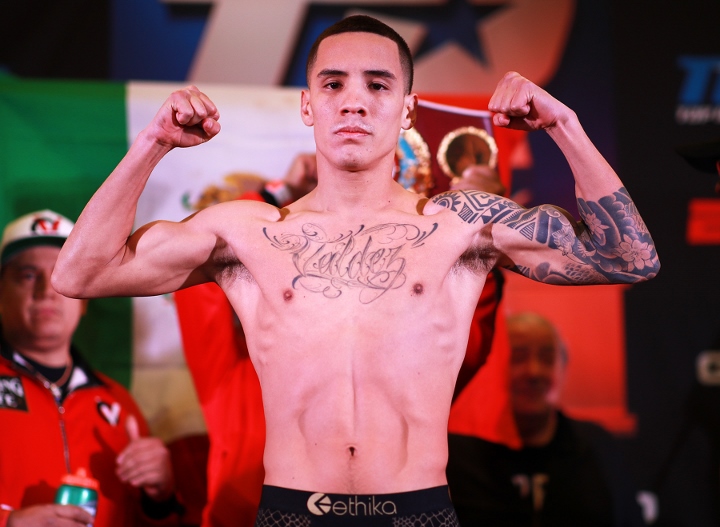 Oscar Valdez is ranked 1st in the WBO Junior Lightweight Rankings 2022. Valdez made his pro boxing debut against Angel Prado on 3 Nov 2012. In his 27 fight Pro Boxing Career, he has never been defeated by his opponents. With a stunning 27-0-0, he is also listed 1st in WBC Super Featherweight Rankings 2022. He faced Hiroshige Osawa on 5th November 2016 for the WBO Word Featherweight Title. According to sources, he made $200,000 from this fight. As per discrete sources, Oscar Valdez Net Worth in 2022 is $2 Million.

The Mexican Born Pro Boxer Oscar Valdez WBO featherweight title from 2016 to August 2019. On 22nd September, Valdez Boxed against Genesis Servania to defend his WBO Featherweight Title. As per reports, he earned $400,000 from this fight. His next fight came up on 10th March 2018, when he defeated Scott Quigg to secure his title once again. According to the sources, Valdez was paid $420,000 apart from $10,000 fine from Quigg in the fight. Oscar Valdez’s Net Worth in 2022 is $2 Million.

Valdez met Adam Lopez on 30th November 2019 to defend his WBO Title. He defeated Lopez in this fight and made $300,00 from the fight. As per esitmates, Oscar Valdez is believed to receive a handsome paycheck of $0.5 Million. His next fight is against Jayson Velez on 21st July. We will update this post, after he receives his next payout from his next fight.