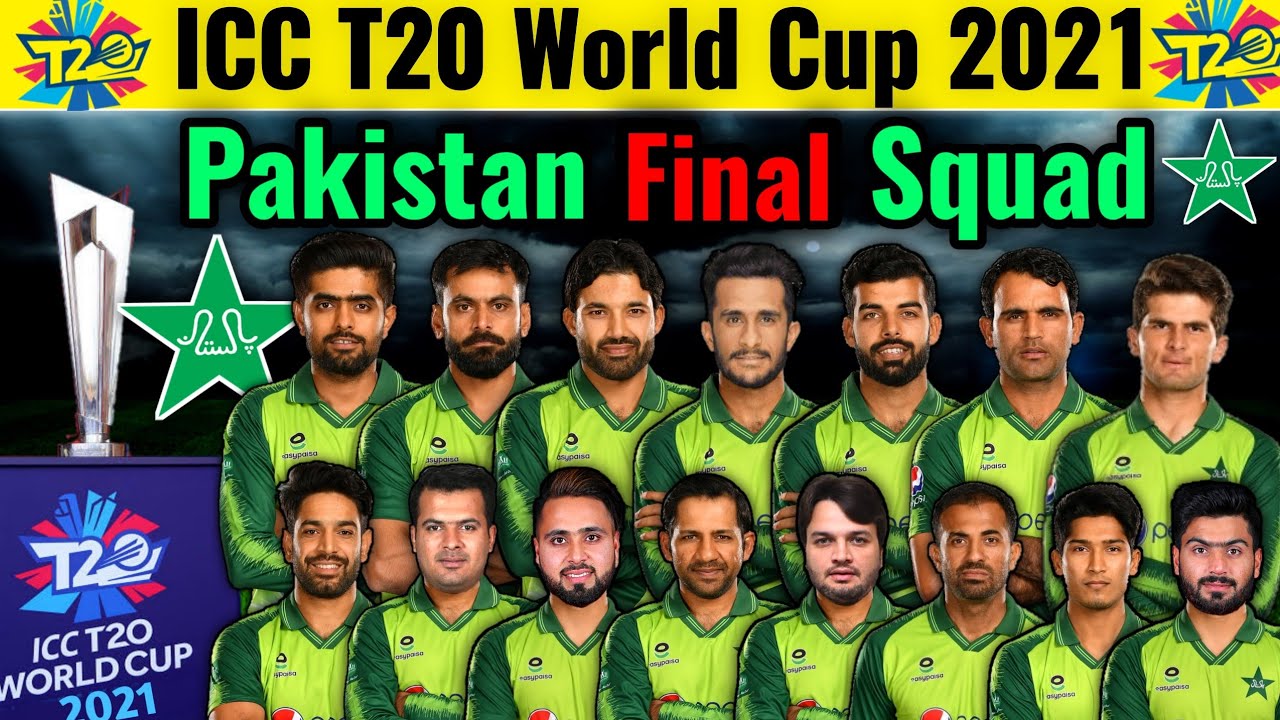 ICC T20 World Cup 2021 is one the cards in October and November. Pakistan are well-aware of the magnitude of the tournament and they already have begun the preparations. They toured West Indies for a T20 and Test series, where they outclassed the home side by 1-0 in a four match T20 series. Earlier they were in England for ODI and T20 series. The English team defeated Pakistan with 2-1 score in the T20 series.

Pakistan have a well balanced to participate in T20 World Cup 2021. They have batting giants like Babar Azam and Mohammad Rizwan to make things easy for them in the tournament. Whereas, they also have one of the deadliest bowling attack with the likes of Shaheen Afridi and Hassan Ali.

With their well announced Team Squad, Pakistan are eyeing to retake the T20 World Cup title. Given their strength, they will be one of the most difficult sides for their opponents.

Given the pitch conditions suitable for spin bowlers, Pakistan have the higher chances to win the T20 WC title this year. With the likes of Shadab Khan, Usman Qadir and Shaheen Afridi, Pakistan are all set to challenge the opponent teams in T20 Word Cup 2021.

Pakistan Team Squad for T20 World Cup consists of both young and experienced players in the squad. Babar Azam himself have been up to the mark by setting up records in T20 format. Whereas, his new opening partner Mohammad Rizwan needs no words to explain his potential as a batsman.

Rizwan had a glorious year recently in 2020, and he recorded many fifties in the T20 Format. Moving on with Fakhar Zaman who himself is a batting giant. With couple of big T20 innings to his name, he forms the backbone of Pakistan’s middle order with Mohammad Hafeez.

Whereas, Hafeez has so much T20 experience to offer to the Pakistan. Apart from it, Sharjeel Khan also takes the responsibility in the middle order for Pakistan. All said and done, Pakistan has one of the best batting line up to suit the conditions of UAE and Oman pitches in T20 World Cup 2021.

Shaheen Afridi and Hassan Ali both are taking charge of Pakistan’s bowling line up. They both have extra ordinary bowling skills to upset the opposite batsmen. Apart from it, Shadab Khan, Usman Qadir, Haris Rauf and Faheem Ahraf will also be the bowling options for Pakistan in T20 World Cup 2021.

Bowlers like Shadab Khan and Usman Qadir can be the key wicket takers for Pakistan given the spin bowling supporting pitch conditions in Oman and UAE. They both have the ability to dismiss even the top batsman with their spin and googlies.

Pakistan have been one of the five luckiest team to win the T20 World Title. However, like other winners, they also did well in other seasons as well. In the inaugural season they came runner up against their arch rivals India. If misbah had pulled six on the last part, Pakistan could have two world T20 titles.

Only west Indies have better standings then Pakistan in T20 World Cup all seasons. So, you can say they are one of the dominating sides in T20 World Cups. And, in 2021 they could be a threatening team for opponents.

Pakistan are one of the eight teams that directly qualified for the T20 World Cup 2021 Super 12 stage. They are placed in Group 2 of Super 12 stage with India, Afghanistan, New Zealand and two other qualifying teams from Round 1 stage.

Pakistan will start their T20 World Cup 2021 with the arch rival India. The high-voltage match between India and Pakistan will take place at Dubai International Cricket Stadium, Dubai on 24th October 2021. The rest of the schedule for Pakistan in T20 WC 2021 will be as following.