Get PSL 2019 All team Squad, Playing XI and Team Players list for Pakistan Super League 2019 Season. PSL 2019 is scheduled to be held from 14th February in U.A.E and Pakistan. The drafting of players for PSL 2019 was completed in November 2018. So, check PSL 2019 Team Squads here. 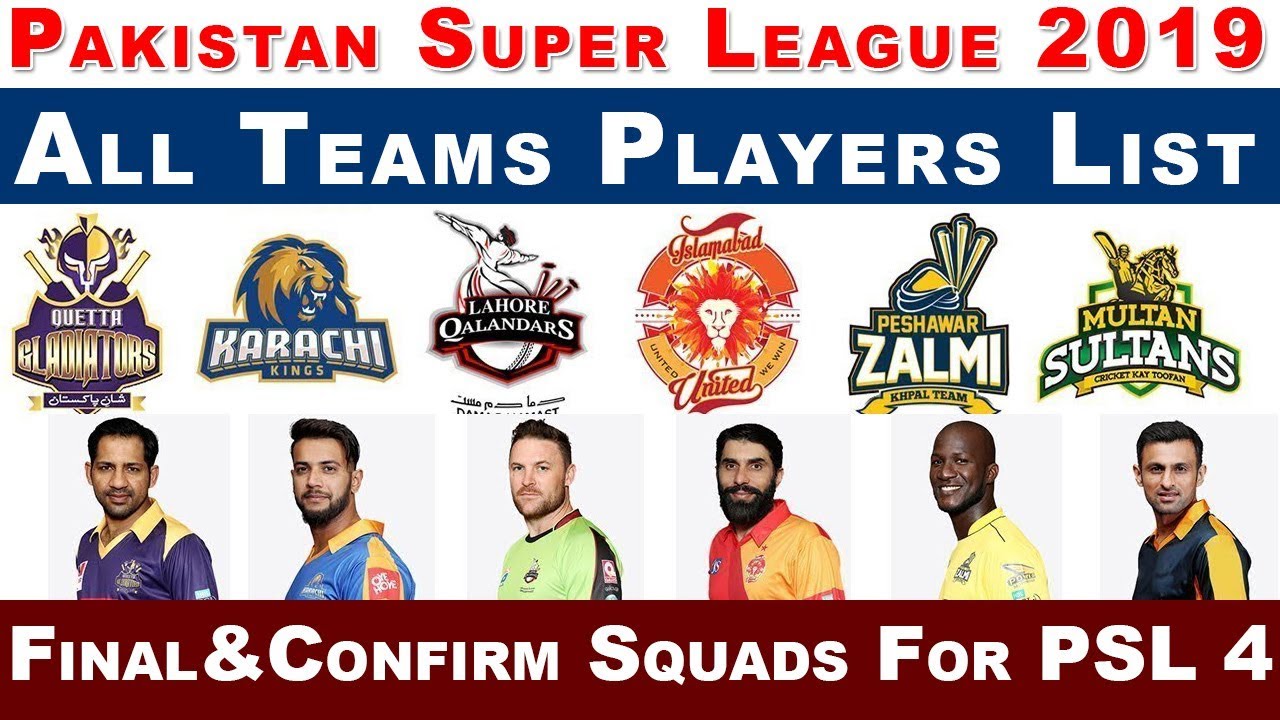 This year, a total of six teams will take part in the fourth season of Pakistan Super League. These teams are named after the cities of Pakistan and include Islamabad United, Karachi Kings, Lahore Qalandars, Peshawar Zalmi, Quetta Gladiators and A sixth Team for Multan. The team squads and Player list for PSL 2019 will be as following:

Lahore Qlanadars portray Lahore which is the largest city in Punjab Pakistan. Lahore Qalandars are owned by Fawad Rana who is a popular celebrity over internet for his cricket passion. Mohammad Hafeez who is a national T20 cricketer and allrounder will lead the Lahore Qalandars in the Pakistan Super League 2019 season.

Quetta Gladiators showcase the Quetta city of Pakistan which is the capital of Baluchistan province. Quetta Gladitors are owned by Nadeem Omer from Omer Associates. Apart from it, the Gladiators are lead by Sarfraz Ahmed who is the Pakistani cricket team captain in all formats. The Gladiators also contested in the first two seasons for the final but lost each time.

The Sixth Team for Multan:

Multan is the one of the largest cities in South Punjab. It is also called the City of Saints. Last year a sixth PSL franchise named as Multan Sultan was introduced in PSL 2018. The franchise was owned by Schon Properties from U.A.E. However, Schon failed to pay a debt to the PCB, so Pakistan Cricket Board announced an auction for the sxth team in PSL. Ali Tareen successfully bought the sixth team. However, the name for this team has not yet been introduced by Ali Taren. But, Ali Promised that it will carry the city name for Multan.