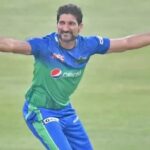 Multan Sultans defeated Islamabad United by 31 runs, while Islamabad United disappointed by their death bowlers. It was a fair aggressive start by the United as they picked earlier wickets, later Sohaib Maqsood and Johnson Charles played responsible innings that helped Multan to stabilize the situation quickly. On the other side, the Multani bowlers also […] 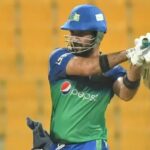 Another marvelous and thunderstorm performance by the tale Enders in Pakistan Super League 2021 as Khushdil from Multan hit 4 sixes in a row that helped his team to paste a big total. After winning the toss, Sultans decided to bat first and that was pretty fair decision as far as defending the total at […] 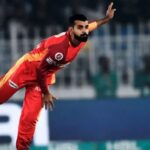 Shan Masood half century helps Multan Sultans to keep going against Islamabad’s United despite of loosing earlier wickets and under pressure. Shadab Khan also destroyed the top order batting lineup as he picked up two important wickets just after beginning of 1st innings. Another important match is being played between Islamabad United and Multan Sultans […]

Kings and Zalmi set to face in a do or die game of Pakistan Super League at Abu Dhabi on 21st June, 2021. A crucial game for both in form teams ahead, while the survival of any among these teams is really a big concern for rest of the opposition to be faced by, in […] 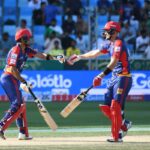 Just In! Lahore Qalandars Insta have just hit 500K Followers. With this hit, they have now become the 2nd Highest PSL Franchise Insta account with most followers. Only Peshawar Zalmi (548K) have more Insta Followers than Lahore Qalandars. The official Twitter handle of LQ team broke this news on the internet. Our Instagram has finally […]