Breaking News! PSL Management has opened the Retention and Transfer window for the HBL PSL Player Draft 2020. According to this window, all the participating teams in PSL 5 can now trade their players with each other. Apart from it, PSL teams can also retain or release their players. However, all the teams will have to decide the fate of their current players till the Deadline date which is set to 1st December 2019 by the HBL PSL Management. 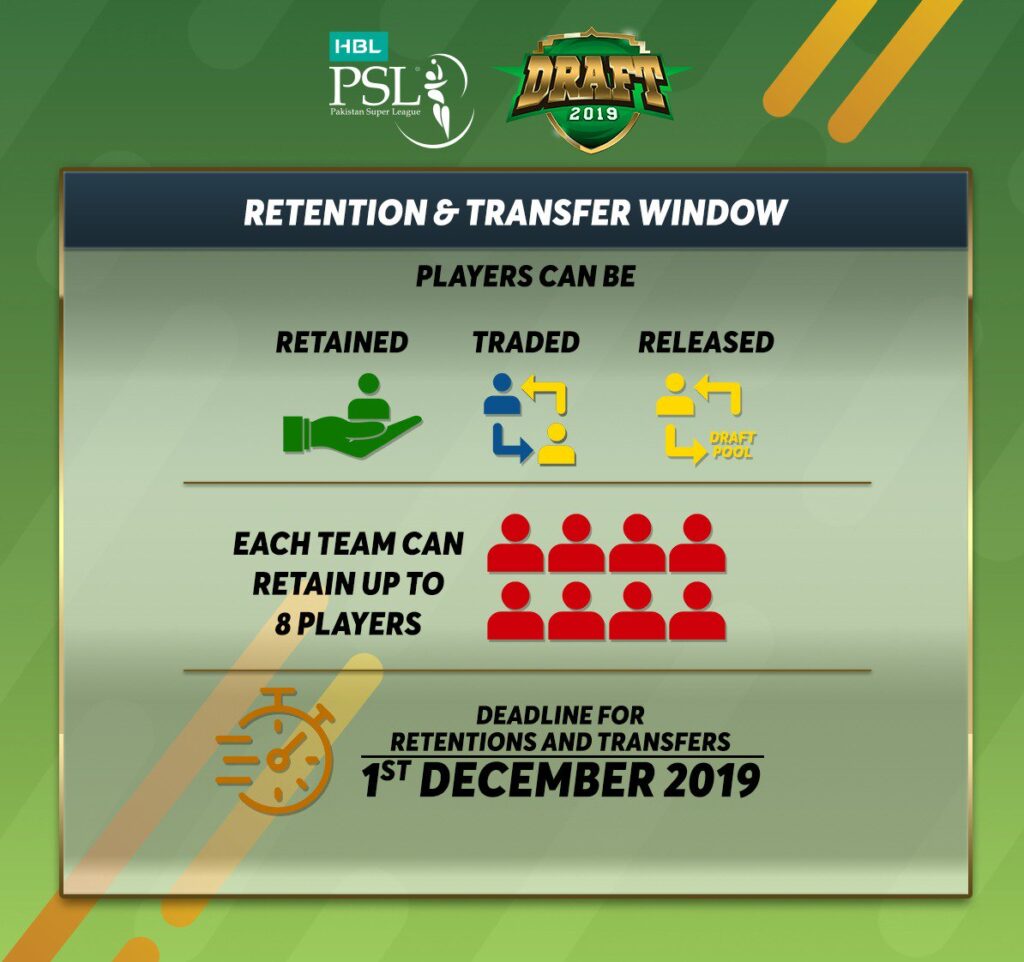 All the participating teams in PSL 2020 will have to decide between the retention, trade or release for their current players. If a team decides to retain a current player, then that player will be part of the said team in PSL 2020. However, if a team want to trade its current player, then that player will said good bye to his team and a player from the trading team will join the said team. In addition, a team can also release a player to empty the space and get new players from the draft.

But, all that will have to decide by each team till the 1st December and it is the closing date for the Retention, trade or release of current players by PSL Team. The HBL PSL 2020 Draft will take place on 6th and 7th December in Gaddafi Stadium Lahore.