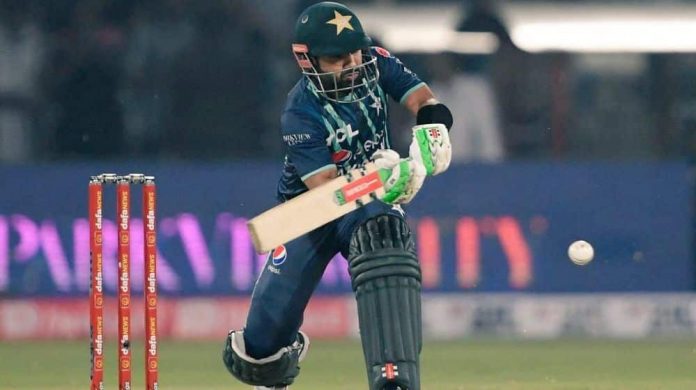 Just In: Pakistan’s wicket-keeper batter, Mohammad Rizwan, is having an excpetional T20 season. Another half-century against England in the fifth T20I not simply contributed to his team’s victory in that game but also helped him set another T20 record.

While having a peak form with the bat, Rizwan successfully maintained his Half-centuries streak by scoring 4th half-century of the series. His admirable batting abilities let him play a match-winning 63 runs innings of just 46 balls.

Even though Pakistan’s top batting lineup once again struggled in the fifth T20I, Rizwan, on the other hand, remained composed and assisted his team in setting a manageable target of 145 runs. His dashing innings comprise two boundaries and three maximums.

With last night’s performance, the 30-year-old breaks Quinton de Kock’s previous record of 255 runs scored in a single series and establishes a new record for the most 315 runs scored in a bilateral T20I series.

It is important to note that Muhammad Rizwan was honored as the Fifth T20I’s Man of the Match. He amassed 315 runs with his hot bat, hitting for a scorching 140.62 strike rate and an excellent average of 78.76.

Rizwan is hoping to push this record to a new plateau with two games left in the series. Following his outstanding achievements in the 2022 Asia Cup and the current T20 series against England, the leading Pakistani opener also takes the top spot in the ICC Batters Ranking.