Shan Masood half century helps Multan Sultans to keep going against Islamabad’s United despite of loosing earlier wickets and under pressure. Shadab Khan also destroyed the top order batting lineup as he picked up two important wickets just after beginning of 1st innings. 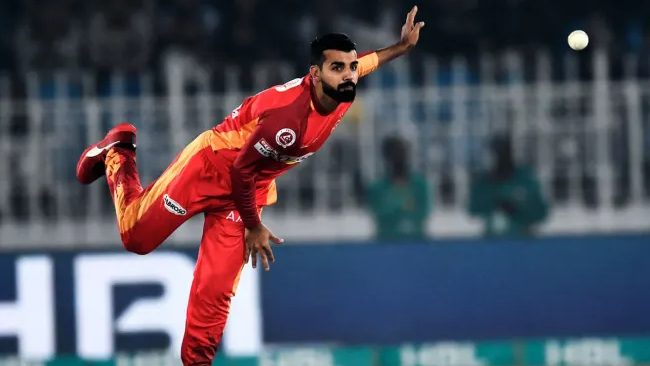 Another important match is being played between Islamabad United and Multan Sultans at Abu Dhabi where Sultans have won the toss and they have decided to bat first. Not giving a satisfactory opening stand and Shan captain Mohammad Rizwan goes back to the pavilion on the ball of Muhammad Akhlaq during 2nd over.

If Multan Sultans do not win this match and lose from Islamabad, then it would be really a blunder for them as they won’t be having an easy access to semi final.

On the other side, the Islamabad United’s bowling lineup is also quite aggressive as we have witnessed in their recent matches. They picked up wickets of Multan Sultans earlier and this is the result of their aggressive bowling.

Despite of picking up wickets earlier, the Multani batting lineup stabilize the situation and they carried on their stable net run rate. While the responsible innings of Shan Masood helped Multan Sultans to not let United’s bowler destroy the hopes as he kept on scoring with confidence.

Two main batsmen including skipper Mohammad Rizwan and Rilee Rossouw disappointed the team as both went back to the pavilion on DUCK.  Both of them were failed to play the opposition’s spin bowlers as Shadab Khan picked up two important wickets.