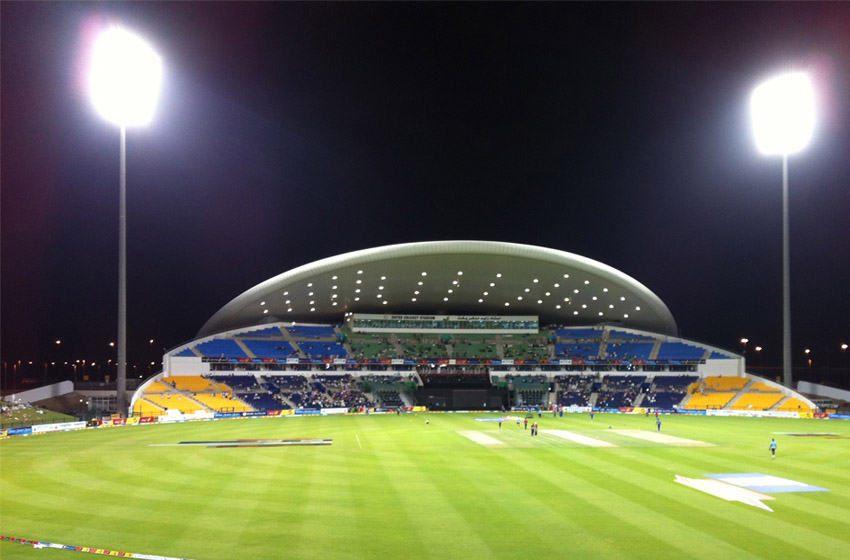 That includes 5 matches from Round 1 stage, 10 matches in the Super 12 stage and the 1st Semi Final. You can check all the detailed information about Sheikh Zayed Stadium, Abu Dhabi Venue for T20 World Cup 2021 here on this page.

The Stadium is the home ground for UAE and Afghanistan Cricket team. Moreover, this cricket ground is operated by Emirates Cricket Board.

As per the declaration of ICC, Sheikh Zayed Cricket Stadium will host 16 T20 World Cup 2021 matches. These matches includes 5 Round 1 matches, 10 Super 12 stage matches and the 1st Semi Final.

Sheikh Zayed Cricket stadium has two ends named as North end and Pavilion end. The first T20 match here was played between Afghanistan and Scotland in February 2010. Apart from it, the stadium also hosted the first of IPL 2014. Not only this, Sheikh Zayed Stadium also hosted 2005 Friendship series between India and Pakistan to support the victims of 2005 Earthquake in Pakistan.

After terrorist attack on Sri Lanka in 2009, Sheikh Zayed Cricket Stadium started hosting many series for Pakistan. Recently, the stadium also hosted IPL 2020 matches due to the Covi-19 situation in India.

The pitch conditions at Sheikh Zayed Stadium, Abu Dhabi are good for both batsmen and bowlers. The Average innings scores in T20 here ranges from 130 to 140. However, the stadium has also seen the highest total of 225/7 in T20 overs as well. Therefore, it is safe to say that, team with best batting and bowling combinations will have higher chances of victory at the stadium.