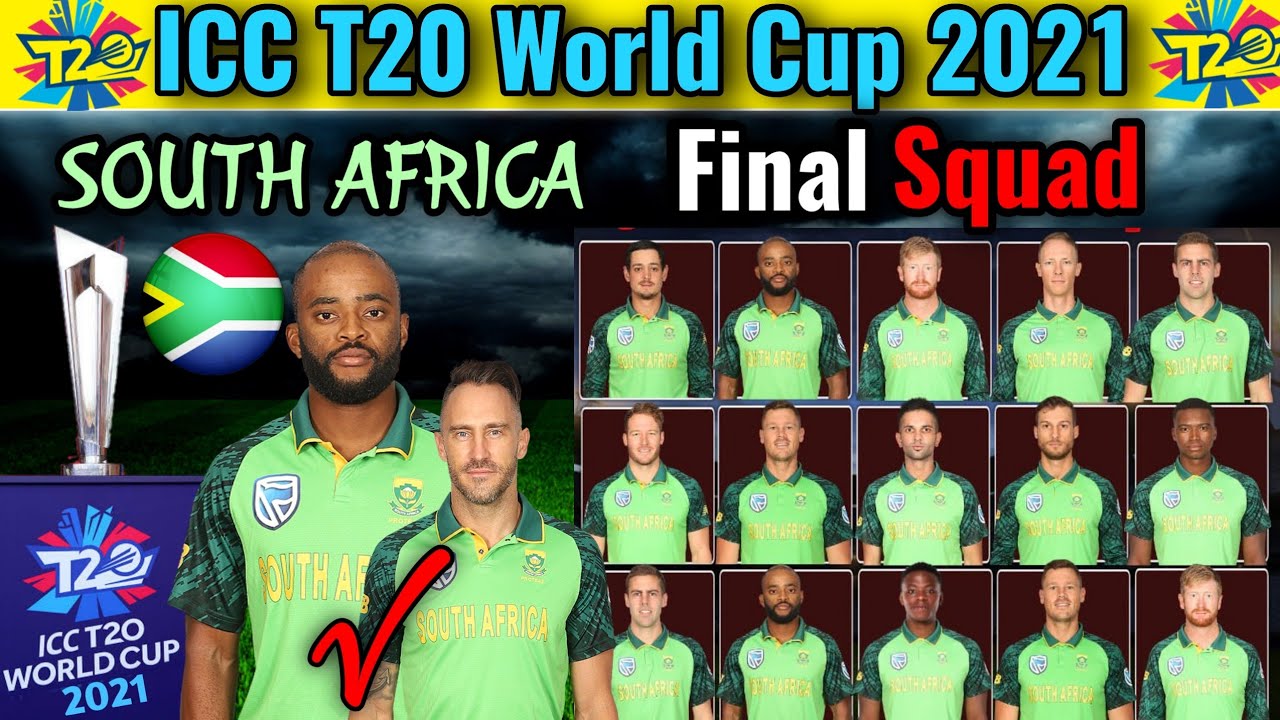 ICC T20 World Cup is all set to start from 16th October 2022 in Australia. South Africa are one of the eight teams that have directly qualified for Super 12 stage in the T20 World Cup 2022.

ICC T20 World Cup 2022 is on the cards from 16th October, Cricket South Africa are well aware of the magnitude of this tournament. Therefore, they already are making preparations for this big tournament. Recently, they traveled Ireland to play a three-match T20 series where they defeated the host side by 3-0. Earlier, they toured West Indies for a five-match T20 series where they defeated the host team by 3-2.

Whereas, Kyle Verreynne and Janneman Malan are the reserve players for Traveling in T20 World Cup 2022.

South Africa qualified for the Super 12 stage in ICC T20 World cup 2022 as per ICC rules. They have been placed in Group 1 of the Super 12 Stage with Pakistan, India, Bangladesh, and two other qualifying teams from Round 1 Stage.