Elders of Cricket believe in the phrase Catches win matches. And as a matter of fact, it has been proved true on many occasions. A good fielder can not only change the result of a cricket match at critical moments, but it can also prevent a big total through its excellent retrieves. Today, we will be looking at the Top 10 Best Fielders in Cricket History.

Batting and Bowling are the two most well-known departments when we think about Cricket. But when a bowler gives his maximum, and the fielder drops a catch or misses a run-out, it breaks its momentum.

Yes, the fielding section of Cricket is often overlooked, but it is equally vital as batting and Bowling. A dominant cricket team focuses on batting and Bowling, but Fielding and excellent fielders can save the day for their team and win the game in expository instants.

Here is the list of Top 10 Excellent Fielders in Cricket.

Often described as Superman for his superb qualities behind the stumps and on the field, Ab De Villiers takes the top spot on our list of best fielders. The 37 years old South African former captain is said to be the Best South African fielder after Jhonty Rhodes. 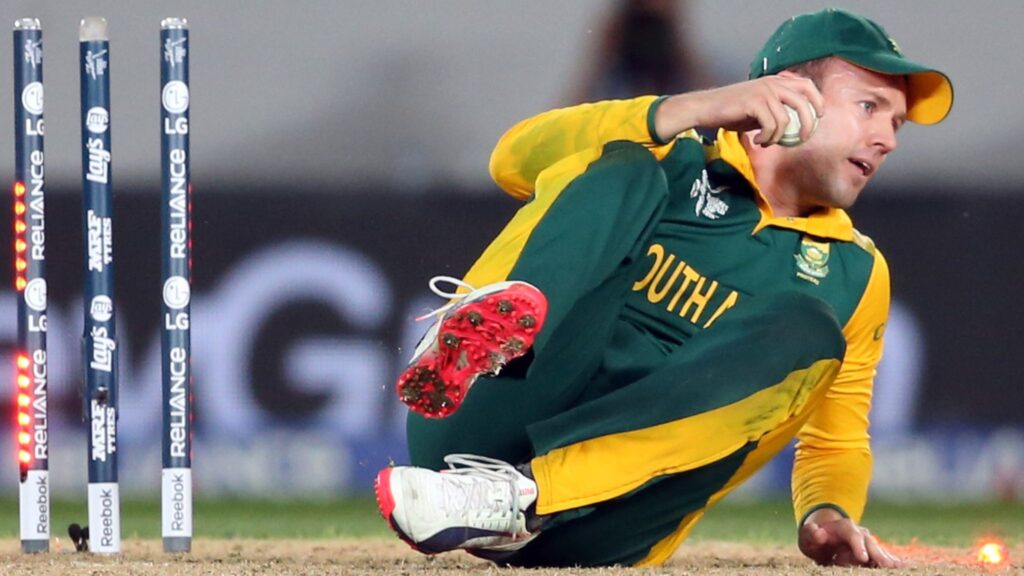 He has displayed his acrobatic fielding skills on multiple occasions while aiming the ball at the stumps. With 222 tests and 176 ODI catches in his International career, he deserves the best spot on our list. He also has five stumps in test and equal of it in ODI and a Wicket Keeper.

In 2006, he ran out Simon Katich of Australia by stopping the ball in diving position, laying down on his stomach, he tossed the ball at the stumps and took the hit.

Apart from it, he is also nicknamed alien for his speed in retrieving the ball. He enjoys Cricket not only with a bat but also as a fielder as well.

At number 2, we have former New Zealand captain Brendon McCullum. Though he has retired from International Cricket long ago, the cricket history marks an exceptional fielder during his days as a National Cricketer.

He played the role of a Wicket Keeper and enjoyed Fielding on 1st and 2nd slips. He was a magnificent fielder when he played for New Zealand, and he took 198 tests, 262 ODI and 36 T20 catches in his career.

With his gravity-defying abilities of Fielding, he was a threat to the batsman as a wicket-keeper and slip fielder.

Dwayne Bravo is a modern-day Trinidadian Cricketer from West Indies who holds the 3rd spot on our list. Apart from hitting huge sixes out of the fence, he is a stunning fielder as well. If he has 21 tests, 73 ODI, and 35 T20 Catches to his name. 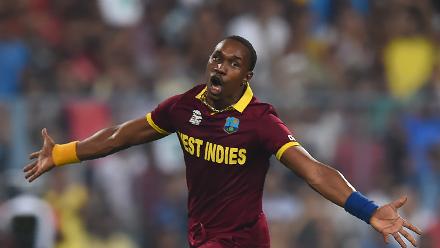 He is an acrobatic fielder, and he can hold the catch with one hand. West Indies have won many games due to his excellent Fielding in the analytic moments of the match. He has also received the Best Play award for a mind-blowing catch against Rajasthan Royals in American Sports Awards.

What is it that Maxi Cannot do in the game of Cricket? He is a good striker of the ball, and he likes to pick wickets when his team needs them the most. Besides, he is an excellent fielder of the ball as well. If the ball goes up and Maxi is eyeing it, it’s a catch, and the batsman has to go to the pavilion. 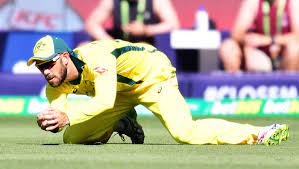 Hence, Glen Maxwell grabs the 4th spot in our list of Best Cricket Fielders in the world.

Former South African Captain and Present Day Cricketer Fuf Du Plessis also joins our list of Greatest Cricket Fielders as Number 5. He is often left unnoticed under the presence of ABD in the South African team. Apart from hitting runs for South Africa, he does an excellent job in the field when he is retrieving the ball. 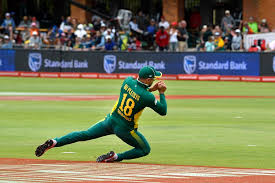 Plesis holds the record of most catches (4) in an IPL match. He is one of the best South African fielders in this modern age.

How can we miss out on current Indian Captain Virat Kohli when we make the list of Top 10 Cricket fielders? Apart from playing the role of runs-machine, he has displayed good fielding skills as well.

He is said to be a sharp fielder who is aggressive and talky. Kohli has 88 test, 132 ODI and 42 T20 catches to his name. He enjoys the 1st or 2nd slip position in the field. He has caught some of the amazing catches for Team Blue. 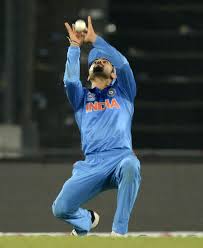 Kohli was awarded ICC’s ODI Men Cricketer of the decade award in 2020. Therefore, we place Indian Skipper on the 6th place in our list of Greatest Indian Fielders.

Indian International Cricketer Ravindra Jadeja enjoys the 7th slot on our list. Nicknamed Jaddu for his exceptional fielding skills, he playes the role of an all-rounder for Team India. He has played 51 Tests, 168 ODIs and 50 T20 Internationals for Men in Blue. 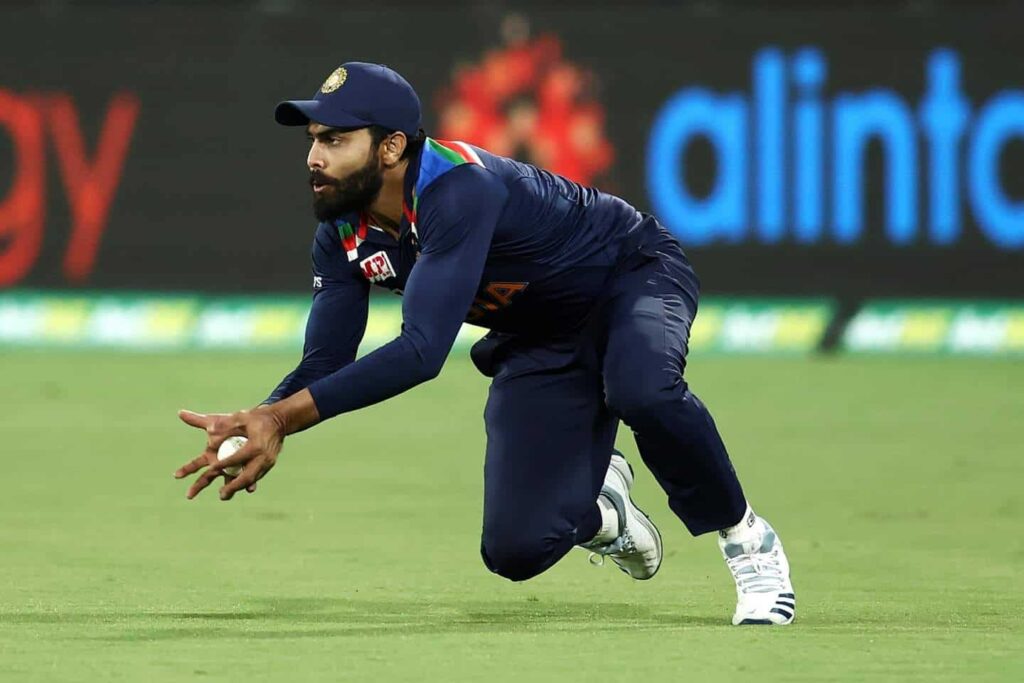 Sir Jadeja has 38 Test, 60 ODI and 21 T20 Catches to his name. He has won Team India many matches through his brilliant fielding efforts. Therefore, he holds the 7th spot on our list of most exceptional fielders in cricket.

Former Australian Captain Steve Smith also enlists his name on our list of best Cricket Fielders in 2021. Nicknamed Smithy, Steve plays the role of a Top-Order batsman for Australia. He is considered to be the backbone of Australian Batting line up.

Smithy has won many matches for Australia through his magnificent batting skills. However he is an acrobatic fielder as well. He has took 123 catches in test, 70 catches in ODI and 29 catches in T20 format.

In 2018 Australia tour of South Africa, He equaled the record of five catches in a test innings as a non wicket-keeper. Thus, Steve Smith occupies the 8th spot on our list of Best Australian Fielders 2021.

Former Indian Cricketer Suresh Raina occupies the 9th slot on our list of Greastest Indian Cricket fielders. Nicknamed Sonu he enjoyed his international career as a Left hand batsman. He holds the record of most number of catches in IPL. 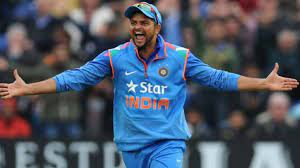 Besides scoring runs for his team in the crucial moments of the match, Raina remained a top fielder as well. He has catches in tests, 102 catches in ODIs and 42 catches in T20 format to his name.

He was a stunning fielder throughout his career. Thus, he holds the 9th spot on our list of best cricket fielders in 2021.

South African Professional Cricketer David Miller makes the final spot on our list. He holds the record of most catches in T20 format. Apart from hitting big runs for his team, he likes to go for difficult catches in analytic moments of the matches. 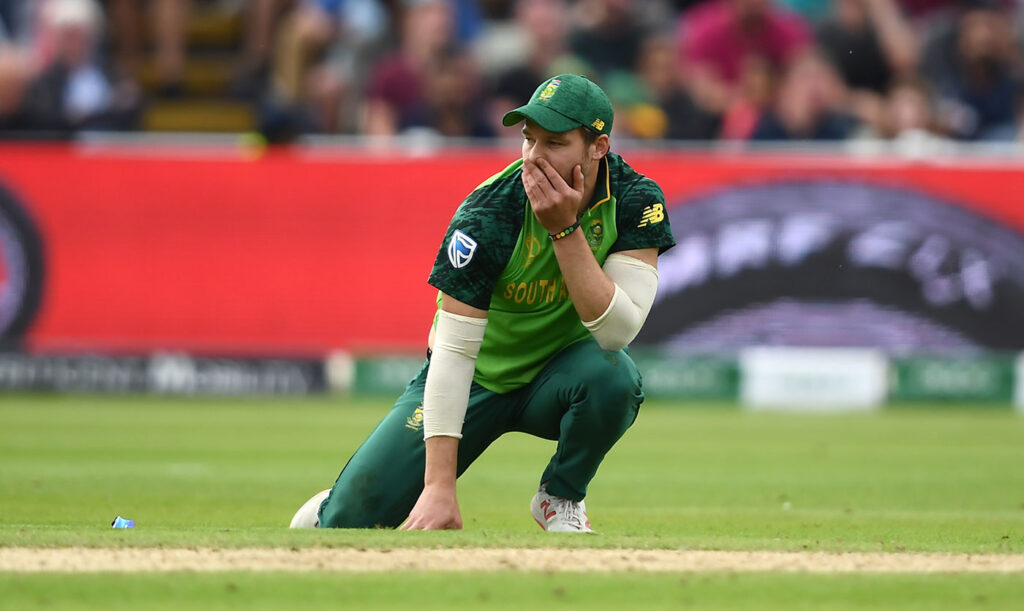 Therefore, he is always assigned the role of first or second slip in the field. He has 61 catches in ODI and 62 catches in T20 format to his name.

So, here is our list of Top 10 Best Cricket Fielders in Cricket. Who do you think should be on our list? Let us know in the comments.