A speedy ball not only can send a batsman back to the pavilion, but also can hit in a dangerous way, if the batsman is not taking precautionary measurements. There are many legendary fast bowlers who were fearsome to the opponent batsman in past. But, today will be looking at the Top 10 Current Fastest Bowlers in Cricket World.

Cricket has become a popular sport in modern day with world wide fans crossing 2 Billion mark. Both the batsman and bowler play a crucial role in the victory of a team. When a batsman provide big total with his good batting skills, the bowlers limit opponent from the chase through their fierce bowling spells.

Cricket’s past has record of legendary fast bowlers who created fear in the hearts of opponent batsman. Even, today young fast bowlers are spitting images of their legends. From Mitchell Starc to Shannon Gabriel and from Wahab Riaz to Umesh Yadav, Current Fastest Bowler in Cricket are a threat to top class batsmen.

Lets have a look at modern day Fastest Bowlers who replicate their ancestors. 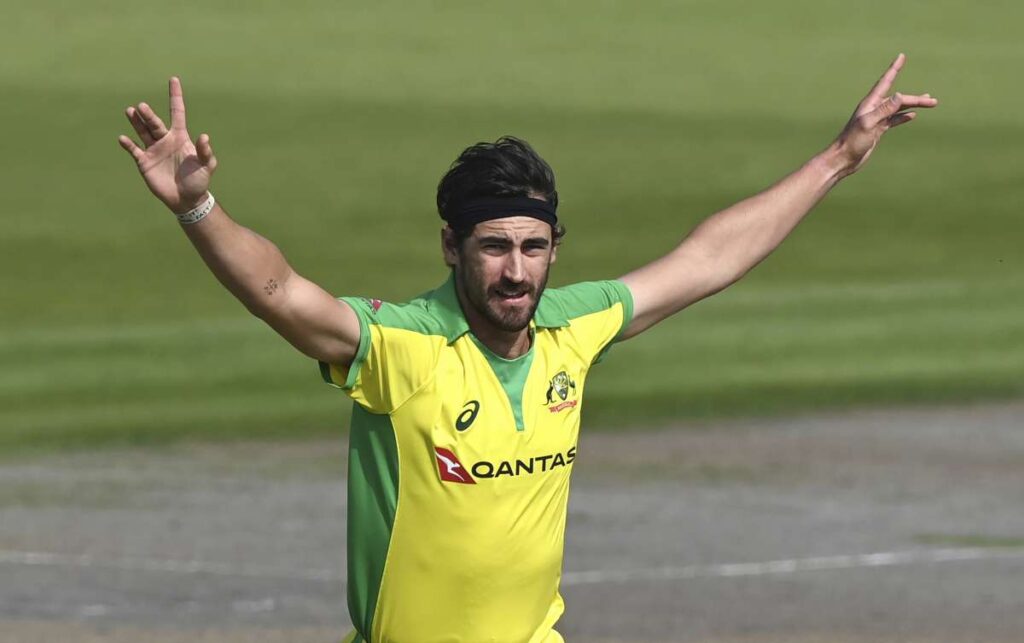 Starc averages 143.2 mph bowling speed and he is the 2nd highest average bowler after Pat Cummins. he bowled his fastest ball at a speed of  160.4 kph against New Zealand in a ICC Champions Trophy 2017 match. Starc is regarded as one of the great fast bowlers in this age.

He has helped Australia won many matches in crucial moments of the match. Moreover, he also likes to attack the opening batsmen of opponent team with his aggressive pace. Therefore, he holds the top spot on our list of fastest bowlers in modern day cricket.

Pakistani star fast bowler Wahab Riaz holds the 2nd place on our list of fastest bowlers in cricket today. He bowled his fastest ball at a speed of 149.6 against England in ICC Champions Trophy 2017. He is an aggressive and fierce bowler who likes to challenge opponent batsmen. 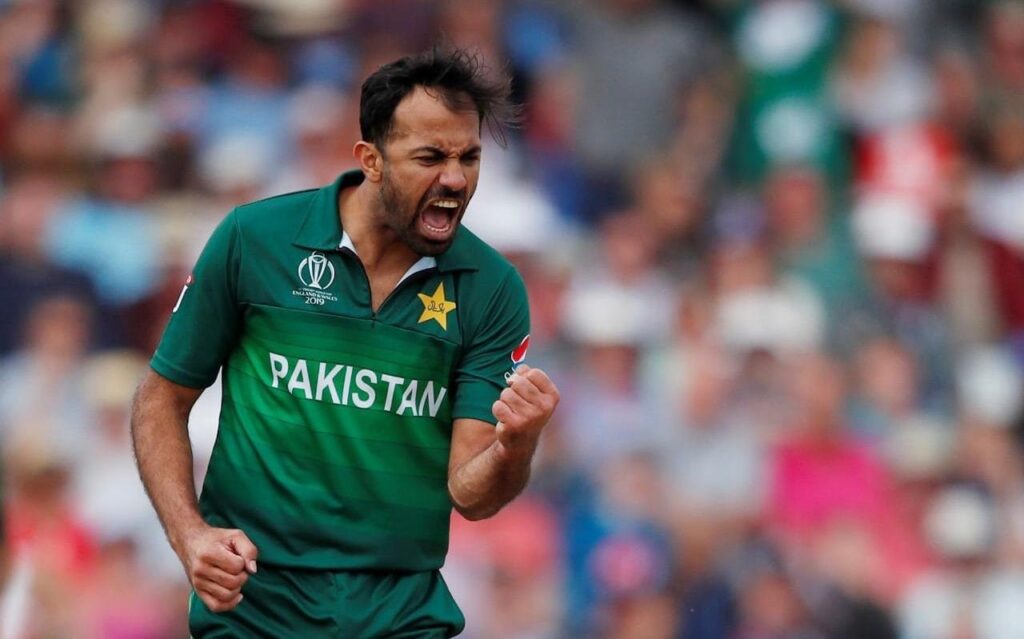 His bowling speed averages 138+. However, when he is angry he leashes his wrath on opponent batsman.

Australian National fast bowler Pat Cummins takes the third spot on our list. He holds the fastest bowling average of 143.3 Kmh. Cummins bowled his fastest ball at a speed of 149.2 kph against England in a Champions Trophy match. 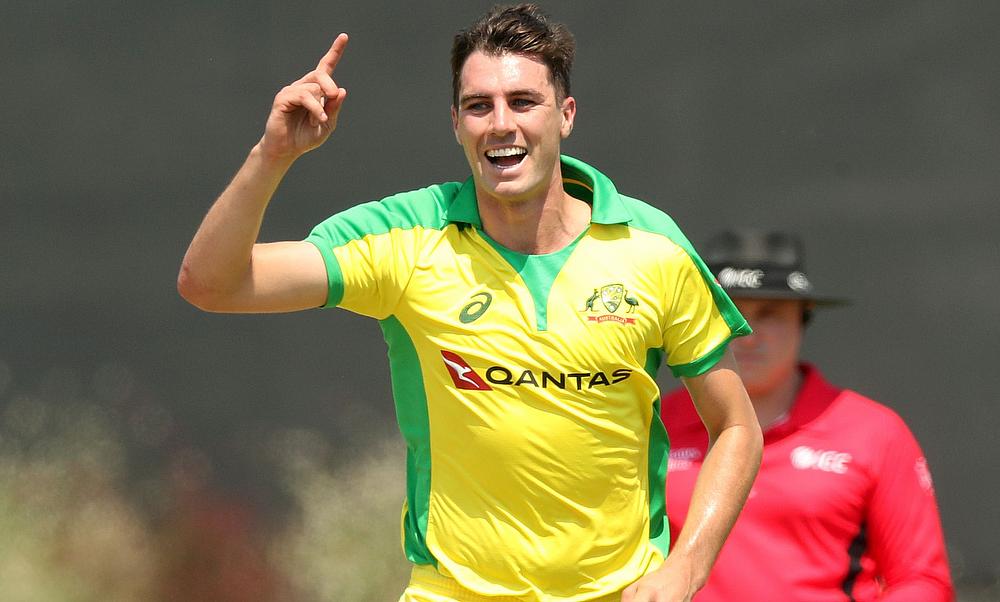 English Cricketer Tymal Mills takes the 4th spot on our list. He holds a bowling speed average of 131.5 kph. Mills devlivered his fastest ball at a speed of 149 kph. 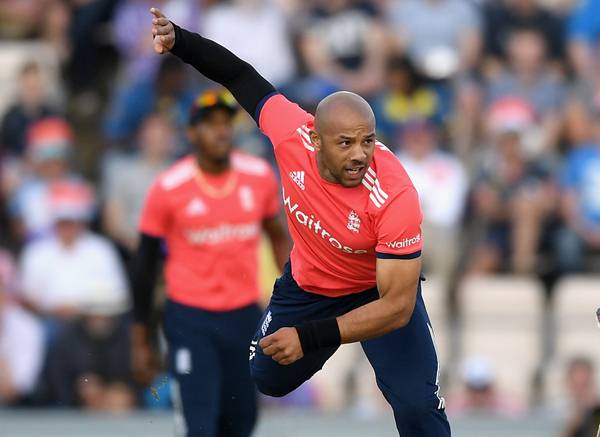 Apart from national Cricket, Tymal Mills also played for Sussex in domestic cricket. He took three wickets against India in a T20 series in 2017.

Present Day Caribbean fast bowler Shannon Gabriel also puts together on our list at 5th position. He owns an average speed of 137.9 kph in his fast bowling career. He produced his fastest ball against Pakistan in a test match in 2017. 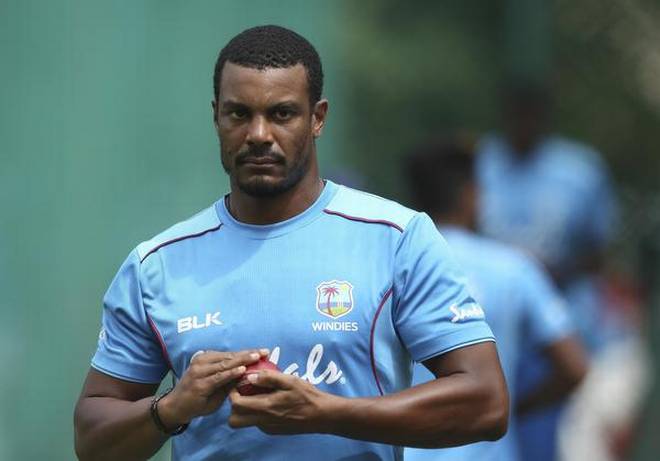 Apart from it, he also has picked up 144 tests and 33 ODI wickets in his international career so far. He is a regular test and part time bowler in ODI format.

Present Day Indian fast bowler Jasprit Bhumrah also makes it on our list at the 6th spot. He bowled the fastest delivery of his International career at a speed of f 148.1 kph when India challenged their arch-rivals Pakistani in ICC Champion Trophy 2017 Final. 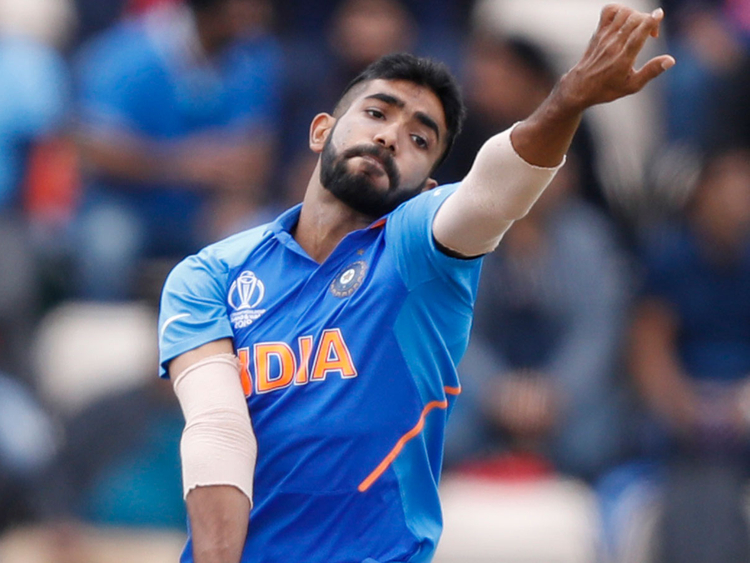 Bhumrah is a great fast bowler who has an average speed of 138.3 kph in his career. In his short career of 5 years since 2016, he owns the record of most ODI wickets and most Test Wickets in a Calendar year. He has helped India won many matches with his pace and great fast bowling skills.

New Zealand’s present day fast bowler Adam Milne also makes it on our list at the 7th spot. He holds an average bowling speed of 138.4 kph, in his International career. In 2015, he bowled his fastest ball at a speed of 153.2 km/h. 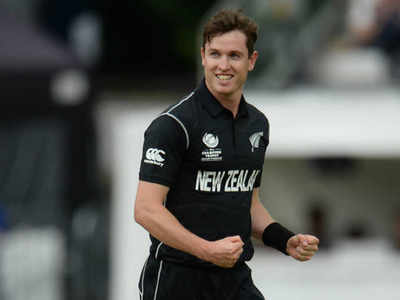 Adam Milne have claimed 41 ODI and 28 T20 wickets in his International career. He debuted in 2010 and due to an injury in middle of his career, he played too little matches for New Zealand.

English fast bowler Liam Plunkett also joins our list at the 8th position. He has an average bowling speed of 137 kph. He produced his fastest ball against South Africa at a speed of 147.3 in 2017. 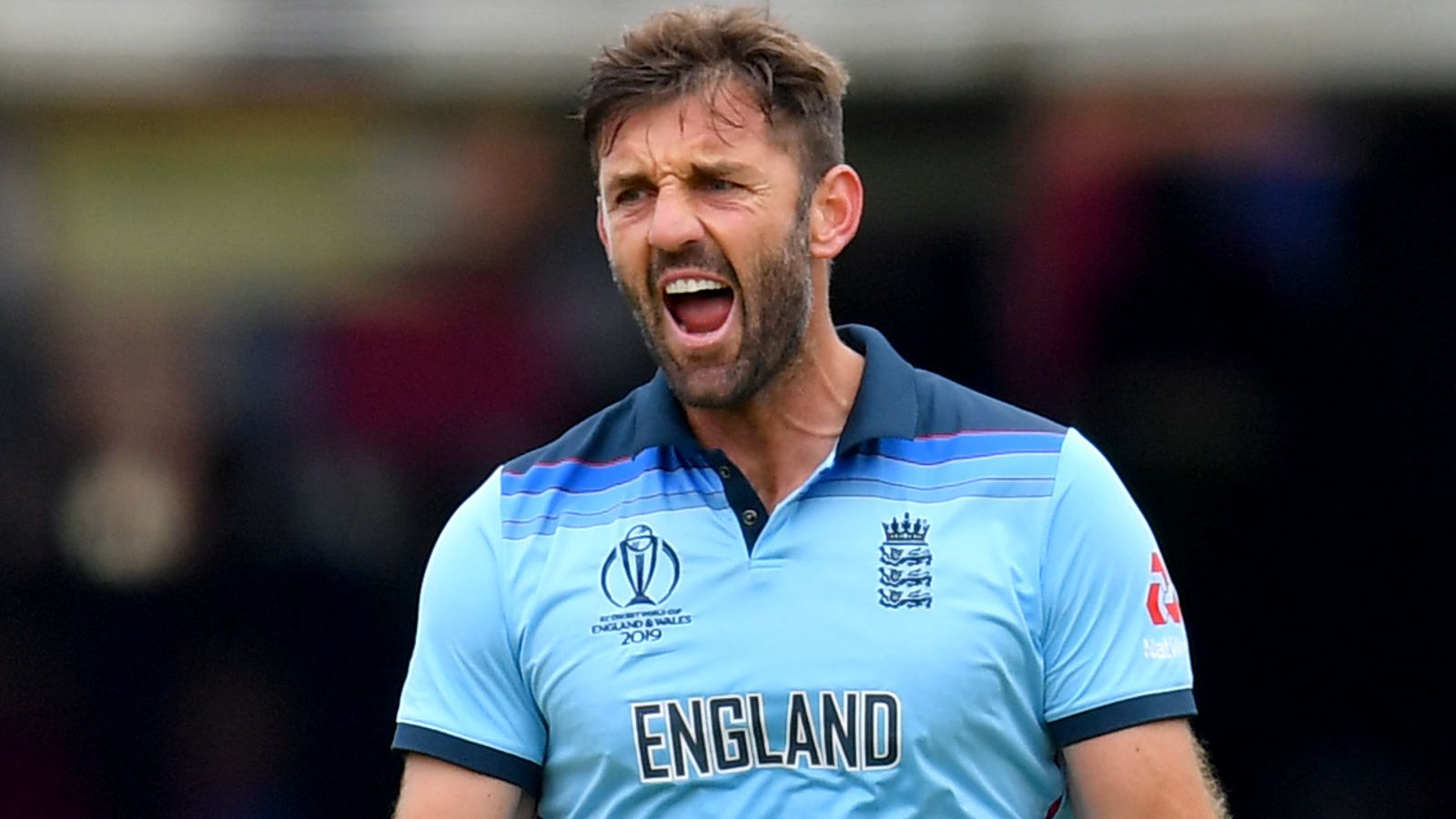 Liam Plunkett was part of England’s team squad in Cricket World Cup 2019. He picked up three wickets in the final against New Zealand and played a crucial roles for England’s victory.

South African current fast bowler Kagiso Rabada also makes it on our list at the 9th place. He has a bowling average speed of 138.3 kph in his international games. He produced his fastest ball against England in 2017 at a speed of 147 kph. 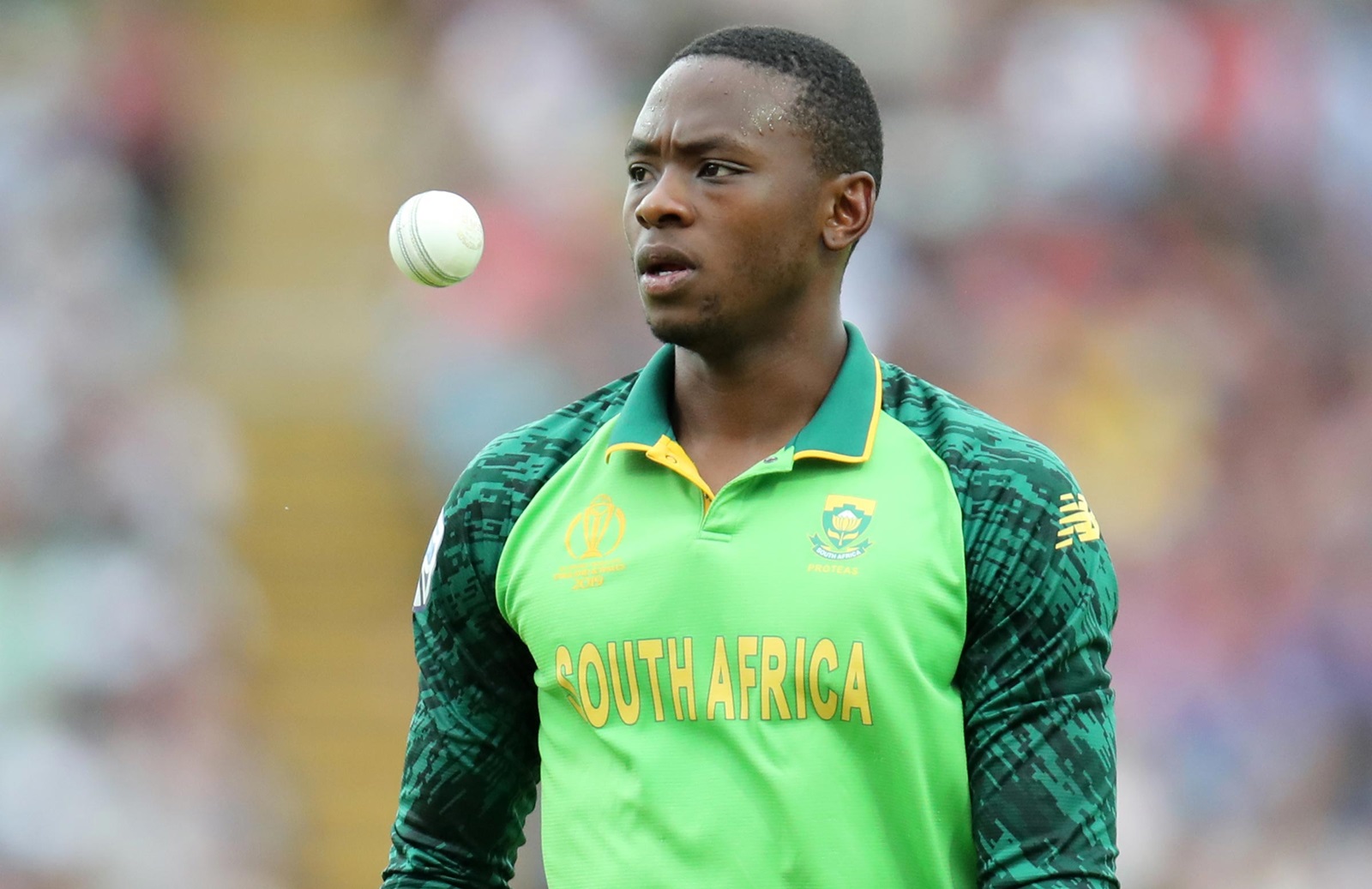 Kagiso Rabada is South Africa’s main attack bowler in test and ODIs. He like to attack the top order of the opponent team with his pace. Rabada has won many games for South Africa with his fast bowling skills.

Indian fast bowler Umesh Yadav makes the final spot on our list at the 10th place. Yadav has a bowling speed average of 138.7 kmh. He bowled his fastest ball at a speed of  146.6 kph against Sri Lanka in 2017. 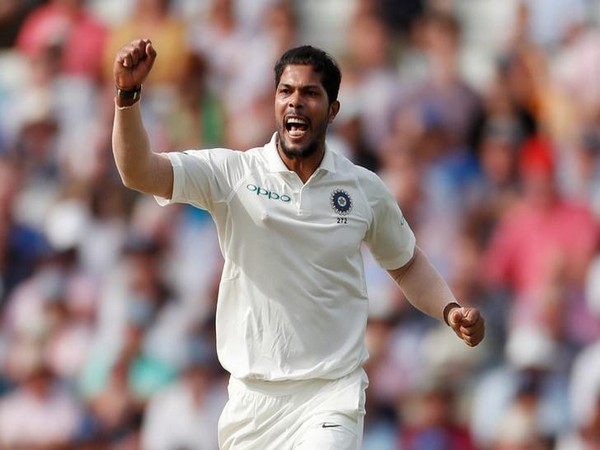 Apart from bowling, Yadav is a great striker of the ball as well. He holds the record of highest strike rate in a test innings.

So, here is our list. Who do you think should make it on our list? Let us know in the comments.